Tutorials are an essential part of the uni experience. According to the University of Auckland’s website, they “are designed to help you develop analytical skills and effective ways of processing information.” So why are they slowly disappearing from student’s timetables?

Having spent 2020 studying online, often under frustrating conditions, I looked forward to returning to campus in 2021. The hustle and bustle. Students flowing from one class to another. Most of all, I was looking forward to the class interaction I’d missed out on during much of the previous year. But a few days into in-person teaching, I began to realise something was missing—I hadn’t attended a single tutorial.

“That can’t be right,” I thought. I double-checked my timetable to see if I had somehow screwed up my enrolment. But sure enough, across three papers from the Arts and Global Studies department, there was no tutorial to be found.

Instead, the tutorials had been replaced by lectorials: classes of sometimes over one-hundred students packed into a lecture theatre, taught by a single professor. Although lectorials have a much greater emphasis on discussion than lectures, the large class sizes make them a poor substitute for tutorials, leaving many students feeling as if their education is being watered down.

During lectorials the professor poses a question before breaking the class into groups. After a few minutes of discussing the prompt, a microphone is passed around. One student from each group is selected to relay the key points to the class. One student I spoke to, Fatimah, shared her experience. “You’ve got staggered seating and everything. You can’t even move the chairs to make good groups. Half the time you can’t even hear what someone on the edge is saying.” The result is the assigned groups tend to break down into ‘groups within groups.’

When it comes time to share, the student on the microphone tends to echo their ideas rather than those of the group. According to Fatimah, this creates an equity issue. “It gives those who are willing to be representative the opportunity to not only share their ideas, but receive either a correction or validation on those ideas.”

A common opinion among all the students I spoke to is the difficulty of asking questions in front of a live audience of such a large number of students. “Having like twenty or thirty people just makes it like a lot more personal. And it’s a lot easier to ask questions than going up in front of a hundred people,” according to Danica, a second-year student who says two of her classes have given way to lectorials.

Students have to contend with the fact that what they say is not only going to be heard by the hundreds of students present in the tutorial, but the conceivably much larger number of students who may be watching online, as many lectorials are also now being recorded and published on Canvas. “You need to feel comfortable to make mistakes and to get stuff wrong sometimes,” Danica told Craccum. “It’s not really a safe space to brainstorm ideas anymore.”

The impact on student learning is cause for concern. While we come to uni to get an education, the social aspect is arguably just as important. After all, it’s often said that the friends you make at University are friends you’ll have for life. Tutorials are an essential part of the equation. Both students and staff have raised concerns about the social consequences were they to cease.

“Small class sizes and classes led by GTAs (who are closer in age to students) allow students the opportunity to interact in smaller spaces and make friends. I believe that it is important to retain small class sizes for laboratories and tutorials, especially in such a large institution.  One only has to follow the various Facebook pages that our students frequent to know that some students report feeling anonymous, find it hard to make friends and feel lonely at university,” one staff member told Craccum.

Danica stated that it was far too easy to “fall through the cracks and get left behind.” This is especially problematic considering students have just spent months studying online, during which, many of whom were isolated from their friends and family.

If they are so crucial—for learning and making friends— why are they on the decline? Are professors and GTAs no longer willing to put in the work required to organise tutorials? I reached out to several professors and GTAs to find out what was going on.

While all the staff members I spoke to preferred to remain anonymous, it was clear that the decision to move to lectorials was not their decision. They were frustrated but felt powerless. So I contacted Nicole Wallace, the region organiser for the Tertiary Education Union. What she said shocked me.

“Lectorials do not meet best teaching practice; having small group teaching environments is important pedagogically, particularly for women, Māori and Pacific students,” according to Wallace. If that was true, I questioned then why lectorials were on the rise?

Lectorials have risen as a result of “resource limitations, particularly the Government’s cap on domestic student funding and University leadership’s de-prioritisation of undergraduate teaching,” Wallance told Craccum. Apparently this started well before the drop in international students caused by COVID-19, but the Voluntary Leaving Scheme, implemented in response to New Zealand’s border closure, will likely accelerate the rollout of lectorials. She acknowledged that although lectorials were less resource-intensive, they spelt bad news for students and staff. “[No tutorials] means less jobs for graduate students and, often, poorer teaching experiences for undergrads.”

Is the government really to blame? Or was the demise of tutorials the result of intentional decisions made by University leadership? I knew I had to look further afield. Because if it really was up to the government surely tutorials would be disappearing from tertiary institutions across New Zealand. I spoke to Senior Journalism lecturer at UC Jo Malcolm who said they definitely still offer small tutorials in the Communications department at UC and she was unaware of a cut in tutorials in other departments.

“As far as I know UC has not gone down this path.  It’s so important for students to get one on one help in a small group.  That’s where you really see much of the learning happening.  I’d be horrified if we got rid of tutorials. I’ve never heard the term “lectorial” before and neither have my UC colleagues.”

How were they pulling tutorials off when UoA couldn’t? Were they charging students higher tuition fees? The annual fees of UC’s bachelor of communication program (for which Jo is a tutor) to Auckland’s bachelor of arts in communication are almost exactly the same, despite Auckland not offering tutorials for any papers above 100 level. This lends credence to the explanation that it has been driven primarily from within UoA rather than external forces.

According to a spokesperson from the Faculty of Arts, “There has been no change in Faculty practice around tutorials in the past five or more years.” But that doesn’t line up with the experiences of the students and staff with whom I spoke.

“The University does not set policy on this matter,” the spokesperson told Craccum.  Instead, schools develop their own teaching practise with oversight from the faculty. Each schools’ arrangements constrained by room availability and funding, which is set by the University. They declined to comment on how widespread lectorials were within the Faculty of Arts.

But maybe there is reason for hope. If the demise of tutorials is the result of decisions made by people in the clocktower rather than inherent resource limitations then it can be overturned. Minds can be changed. If we really want tutorials to be part of UoA’s future, it’s  up to us—the student body— to let the University know how important they are to us. 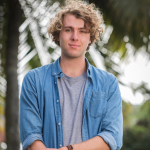