Feature: Staying at Tamara’s – Lessons on Love from George Ezra and Me 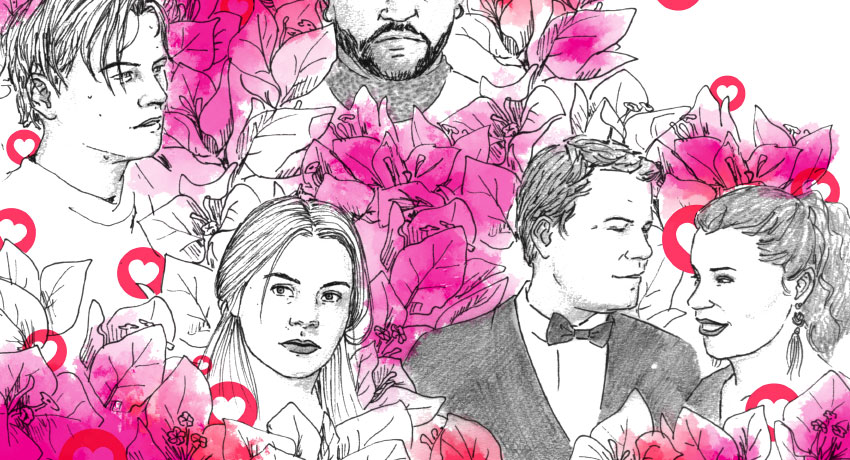 So, I’m not sure how I’ve stumbled upon this, but I’m writing this piece about love. Which is rather unfortunate for you, since it’s the literary equivalent of hearing Donald Trump moan about how hard it is being Chinese. This leaves me with quite the dilemma on how I should maintain your interest, provided you haven’t tuned out already: talk about the (boring) cognitive processes behind liking someone? Debunk the theory of fate? (I’m still hoping). Or should I play myself off as Charlie Sheen on New Year’s Eve and tell you about that the full up and down tour I did of K Road? (that’s not true, I’m still seventeen). Instead, I have chosen to do what any terrible, unaccomplished writer ever does: just start writing and see what happens.

I’m a huge fan of George Ezra’s music; his low crooning voice and his beautiful, flowing lyrics make his songs pure listening pleasure. I have listened to his new album, Staying at Tamara’s, over and over. In it, he perfectly captures the beauty and essence of love. So instead of trying to wrestle my own words into quotes falling far short of inspirational, I have instead decided to let a man who puts it far more eloquently than me take the reins. Here it is: a chart-topping singer-songwriter from the UK and a class-topping student in Year 5 spelling present to you an assortment of our lessons on love.

“I’ve got time. I’ve got love. Got confidence you’ll rise above.”

I did once have an important girl in my life. To say it was anything of a romantic prospect would be a lie, but we were close enough for me to mention it here, and close enough for me to feel nostalgic in doing so. And what I feel I am most thankful for from that period of my life was that she gave me the confidence to succeed. Because at the end of the day, I am always human. I will always make mistakes, and stumble when I start to climb. But isn’t it just easier to make it to the top when there’s a shoulder to lean on? A confidante to give you a gentle push? It certainly makes rock climbing a lot easier for me when I have someone there to boost me up to the handholds of the bouldering wall. As a result, I have grown accustomed to stares from seasoned climbers at Rock and Alpine club; I imagine they don’t like it very much, but it doesn’t bother me. Another important lesson of love! Don’t get bogged down in the ideology of others.

“All of me is all for you. What I’ve got to give is not enough.”

Having nearly dozed off in more English lessons than I could possibly count, I am surprised to find myself having the opinion that Shakespeare is the greatest connoisseur of love to have ever existed. Telling such tragic tales as Romeo and Juliet and Antony and Cleopatra, no one better captures the imperishable, indestructible nature of love. For me, none of his works resonate more strongly than the tale of the Venetian general Othello. And one of my favourite quotes from the general is what follows; “I therefore beg it not to please the palate of my appetite … but to be free and bounteous to her mind.” Perhaps this reflects what is the greatest quality of love—its ability to create unity. Because every moment we create is meant to be shared. And to have someone to share it with is possibly the greatest gift of all. I should make it clear to the reader that Othello did die at the end of the play, so take his word with a grain of salt.

“If it feels like paradise running through your blood and veins you know it’s love.”

I find it strange to imagine that one would be able to feel true love in an instant. It seems like a wild notion. That’s not to say that I am opposed to the idea, but catching feelings as quick as you’d catch the flu seems too idealistic for me. In my defence, before you get to come running at me with pitchforks and shove tabloid pieces of Matt Damon and his wife into my face, again what do I know? Yet if for some reason you’re still reading this, surely my advice must hold some minute value to you.

Though I did say that I would not delve into the science of love, I feel we should at least appreciate that the cognitive processes behind romantic feelings are complex; it is able to somehow override our best logic, but then again, who needs logic anyway? My best friend has liked the same girl for eight years of his life. I’m sure he’ll be absolutely furious at me for mentioning it here, but she won’t be reading this. Perhaps it is something that I should envy, although having liked a girl for as long as most relationships last sounds like a frustrating mix of pain, heartache and devotion. I, for one, do not have that kind of patience; the other night I waited in line for over twenty minutes outside Sensational Chicken & Chips, and I almost lost it.

Maybe fate not only has the job of bringing two together, but also letting them know when the time is right. Being unfortunate enough to take the train with this same friend, every time we pull up to another station, I watch him prod as the voice recording “press the green button when lit” is played. He times it with the final word. As a result, I have settled into reassuring him that she will be ready once he matures.

“There’s a mountaintop, that I’m dreaming of. If you need me, you’ll know where I’ll be”

Love is something that beckons to you, and I, and every other person out there. Perhaps you are still on the search for romance, or perhaps love doesn’t exist for you in the form of a relationship. Maybe some nights you ask yourself if you feel loved. I certainly know that I do. And I know that George Ezra does as well. The only thing that bugs me though is that he does a much nicer job asking it in song. But I guess that’s the point of this, isn’t it? I really can’t put it any better myself.

“Don’t we all need love? The answer is easy.”