I don’t know about y’all, but one of my defining childhood memories was Omegle. The internet was still young, it was full of possibilities, and full of weird perverts on the internet who wanted to show you their dong.

We would huddle under the blankets at sleepovers, clutching soft toys, lit only by the blue light of a laptop screen, and we would scream as random strangers flashed us their bits. But there was also genuine conversation to be had, and fun things to make up. Going on Omegle as a child was a mystery. Is that why it was so fun?

But, I also had long conversations about politics. Most of the people who responded with actual conversation were male, in their early twenties, and from the UK, for some weird reason. Maybe it was because of the time difference, who knows. Maybe there’s an interesting gender analysis here. Most of the “F” respondents either ended the chat quickly, or wanted to send me their Snapchat or Kik. I made the conclusion that these were probably bots.

I also had one conversation with a 15-year-old, who was “bored and wanted to show people [their] dick”. Thankfully, we were on chat mode so I did not see his dick. But it still raises some interesting questions about childhood sexuality and curiosity. Most of us would have been minors when we discovered Omegle.

One of the reasons I went on Omegle as a pre-teen is because I was curious about sex and bodies. Back then, being on Omegle was illicit, and I definitely saw way too much explicit content. Speaking to my flatmates, going on Omegle circa-2010 was definitely an exercise in expanding anatomical knowledge. One flatmate said that going on Omegle at sleepovers was an opportunity to laugh at dicks together.

The internet has often raised questions about social interactions. The digital age has changed how people communicate. Omegle is an even more intense social experiment: what happens if you can talk to people anywhere in the world, at any time? People you don’t know, people you’ll never see again?

The answer seems to be a lot of exhibitionism. However, one person on Omegle (24M, UK) said that he tries to get people to talk about things they wouldn’t say in person. Their “fears, hopes, beliefs, etc,” as he put it. For him, Omegle is the internet equivalent of telling your hairdresser your life story. He said his wife “grew up on this shit,” and she mostly got a lot of requests for nudes from strange men, but she also made internet friends. One time, he told me, he had a three-hour video conversation with a man who never called him after he gave out his number.

In my short half-hour on Omegle, I had already talked to maybe 30 people—not including bots. It was a reminder that there were other people out there living their lives, from all corners of the world. People that had nothing to do with me. It was an existential experience, maybe even a crisis—the world was vast and I was but a small part of it.

I decided I had to go deeper. It was time for the video chat Omegle. There was a lot of flipping through random dudes who were obviously jerking off. Those guys weren’t good for conversation. There was also a girl vaping, and some musicians setting up.

I did, however, connect with some kids in Florida, who told me about the test they aced in school, which is super cute. I asked them why they were on Omegle, and they told me that there are still lots of kids on the site. For their sake, I hope the people they found were really kids. They asked me if I thought Black Lives Matter, to which I said a resounding yes, and they told me someone previously had said no. Finding these kids made me feel so warm—they were carrying on the tradition that we began as kids at that age.

The internet was a scary and unfathomable place for them as it was for us back then. Being on Omegle was a minefield for sure—it exposed them to racist ideologies and dudes jacking off—but it also seemed like a platform for genuine connection with kids from other places.

There’s not really a deep answer here about why we went on Omegle, or what people on Omegle are doing today. It’s the same as when we were kids. There’s a lot of sexual stuff, if you’re looking for it. There are also a lot of musicians on Omegle video who will just play you a song, which is nice. There are also a lot of people who are lonely. One guy who was just chilling in his car told me that he had just moved, so he likes going on Omegle to see people and talk to them. If you went on Omegle as a blank video, as I did, be prepared for a lot of dudes who will beg to see your face, as happened to me. That made me supremely uncomfortable, so I left.

But that’s part of the beauty—you’re in control even when there’s an element of chaos and unpredictability. You can exit the browser at any time, unlike a real-life conversation.

There’s no denying it: even after all these years, Omegle is fun. It yeeted me straight back to my pre-teen years. There was a confusing mix of feelings: apprehension, excitement, fear, nostalgia. But most of all, Omegle offers something that doesn’t happen in real life—if you don’t like what’s happening on the video or the chat, you can just leave. Maybe that’s why we were drawn to Omegle as kids, when we had little control over our real-life environment. Maybe that’s why I’m drawn to Omegle now. Or maybe I’m reaching, and it’s just another strange corner of the internet.

Whatever it is, Omegle is an institution in my childhood, and it continues to be an institution for lonely horn-dogs, curious children and intrepid journalists alike. It raises a lot of questions, and creates endless possibilities. It’s an enigma, a mystery, a fun adventure.

Or maybe it’s just a site of childhood trauma. You decide. 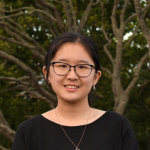