Rating the Food Places on Uni as Potential EVP Candidates 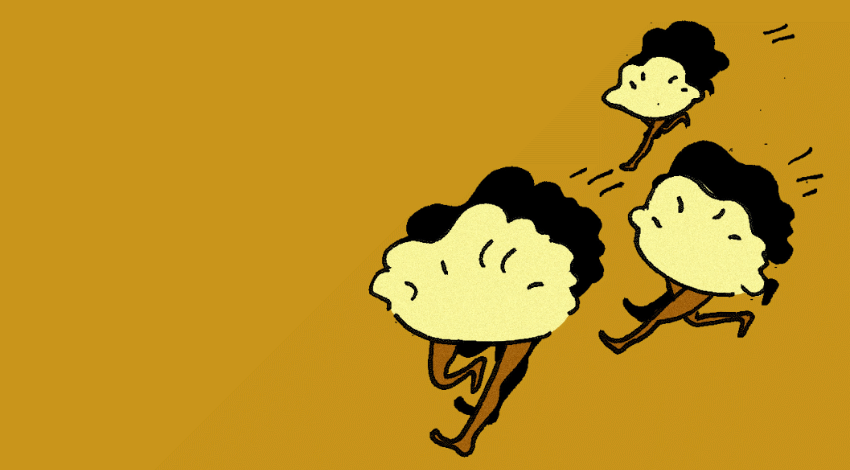 Policies: Ridiculous election-baiting promises for stuff that will never actually happen, like paying every student for studying, or actually managing to get a coffee to a customer in less than an hour.

Strengths: Everyone hates Shaky, but somehow, they’re always full. No matter how much everyone despises them as a candidate, they’re still probably gonna wind up with most of the vote.

Known for: good but slightly eggs-bene dumplings, having no line, white-on-white uniforms

Policies: Combining dedication to the cause and a no-nonsense approach to student politics like they combine pork and prawn.

Strengths: The new-comer on campus, which means their ideas are as fresh as their dumplings (that wouldn’t be hard).

Known for:  Cheap but sometimes shitty food, queues that stretch to the other side of the sun and back, filling up bins with unwanted receipts.

Strengths: Patience (because god knows you could fuck, get pregnant, and conceive a baby in the time it takes to get from the back of the MM queue to the front) and a healthy distrust of every student on campus (as evidenced by their Stalin-esque no-stealing store policy).

Known for: Having queues comprised entirely of people doing a summer internship with PwC.

Policies: Subtly turning everyone on campus vegetarian by raising the price of meat to ridiculous levels. Cutting down on paper wastage.

Strengths: Poke is super trendy. They’re the kind of candidate everyone wants to be friends with, and they have a strong, environmentally friendly policy.

The Dumpling Stall on Lorne Street Across from Gong Cha

[Feature Editor’s Note: Although he is not technically eligible we love him so much we felt he was an important honorary mention]

Known for: Always being ready to fix you up a cheap feed.

Policies: Nothing fancy. They just wanna be your down to earth friend, man.

Strengths: Too much to mention for this one listicle. The most relatable candidate, and the only one who doesn’t have to try hard to come across as friendly.

Known for: Hashbrown nachos, having the best cabinet food on campus and, for having an outdoor seating area unuseable for most of the winter.

Policies: More seating for all! Imagine actually being able to find a place to sit and study during exam periods. Also a Wellbeing budget comprised entirely of cabinet food and iced coffees.

Strengths: No matter how many times they’re told by their uniguide, a first year won’t know where Strata is – which means you don’t have to experience the torment of seeing younger, cooler, happier students fucking first years eating beside you. Much like NZ First, Strata have the older voters on lock.

Known for: Being the epicentre of the diabetes epidemic at The University of Auckland.

Policies: ‘Stress Less Week’ just turns into free cookie week. Student stress levels predicted to drop by 40% as UoA staff come to the realisation that adult colouring books are not a silver bullet for student anxiety.

Strengths: C is for Cookie: that’s good enough for me.

Known for: Being the food equivalent of the Warehouse.

Policies: Probably something legitimately helpful but boring af to listen to, like changing printing guidelines, or restructuring the administrative make-up of the student council.

Strengths: You know what you’re getting. May be boring but HB is straight up with it, and will always deliver.

Known for: Long queues to get an overpriced juice that you still don’t regret somehow. Having a bee infestation problem.

Policies: Tank of the week for everyone!

Known for: Reliability: They are the Shakira of food places on campus: wherever, whenever.

Policies:  Automation of all teaching staff, increase budget for computer science department, a project to create a robot that’s capable of love.

Strengths: Always got you when you’re thirsty. If you bang it right, you might get it twice.

Places that tried to run but couldn’t find anyone to nominate them: