My Hour With Marama 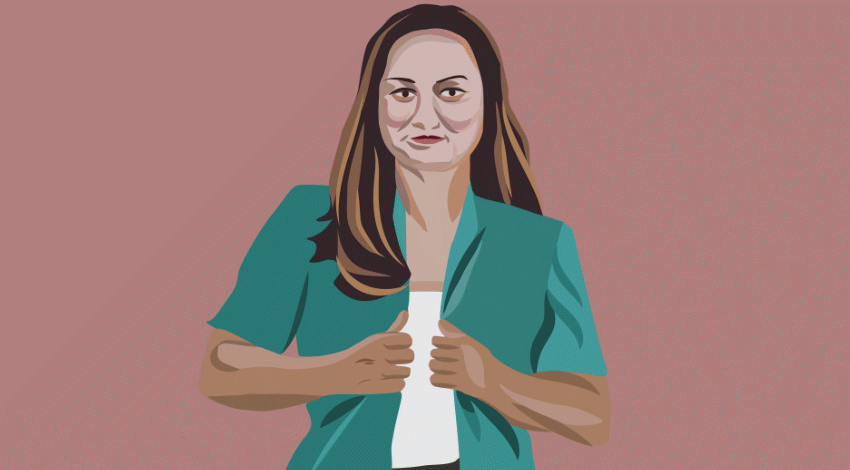 When Clubs Expo kicks off, we see all the youth factions of our political parties come out of the woodwork. With them comes the party representatives helping their recruitment efforts for those who will hopefully be lifelong voters for their causes. Luckily for Craccum, this situation also provides an opportunity to interview some actual politicians. This time around I had the pleasure to interview one Marama Davidson, co-leader of the Green Party. Due to a minor scheduling mishap, my interview with Marama was moved from the Greens on Campus club stall to the dining room of her South Auckland home. Over tea and peanut butter toast, I spoke with Marama on the most pressing questions of the day.

You only get one chance to make an impression on a prominent politician, so I started off strong and hard hitting.

What’s it like to now be the only Marama that is a leader of a New Zealand political party?

“My gosh you would have thought that we were used to more than one politician having the same name!” She exclaims, “It’s like some people couldn’t get their heads around there being two ‘Marama’ in Parliament… considering the number of Davids, and everyone can seem to remember which one is which”. She is, of course, referring to the short list of Davids in recent New Zealand political history: David Seymour, David Cunliffe, David Shearer, David Parker, just to name a few. “What it going to take for people to see two Maori women with the same name as two different people (laughs).” A lot, Marama. Apparently a lot. “I’ve been credited with a couple of rumours that weren’t my claim to fame, which is always funny”.

I decide to change tack with my next question. We both know why she is here.

Will you being doing a DJ set later to show you are down with the kids?

Marama laughs before I even finish the question. She knows where I am going with this. “I wish,” she says amongst the laughter, “I am so uncool my children stop me from dancing in public.” I restrain myself from saying ‘what a mood’ to an actual sitting politician. I suggest that she could approach the AUSA for a guest spot on the O-Week’s Party in the Park lineup, “I would love to actually!” she replied enthusiastically. Unfortunately at time of writing I cannot confirm if this actually happened – but I like to remain optimistic.

My next question is a delicate one, so naturally I barrel through and hope I don’t get kicked out of the house that has given me some delicious toast.

Have you previously given Studylink false information about your situation?

I ask this with my breath held. “Oh my gosh Studylink? Are we going to go right back a million years?” Marama groans, but to my relief she continues, “Friggin’ heck I hope not, otherwise I will get dragged through the mud if I have”. Surely not Marama, it’s not like that’s ever happened before. “But you know what, I wouldn’t be surprised if people have or do, because things are getting real tough… What I want to see is a system where people don’t feel like they have to lie”.

I’ve had my fun asking the warm up questions, but now it is time to talk policy.

Do you own multiple properties that will be affected by a capital gains tax?

I may or may not already know the answer to this. “No I don’t, we rent this place,” she gestures to her where we are sitting, “and we are very very grateful for it.”

“So you’re not just trying to piss off Amy Adams?” If I’m honest, this is really want I wanted to know. Marama laughs.

“That’s potentially a bonus.” There it is. “Really, I just want to support ‘New Zealand values’ – which are very much centered on everyone having what they need”. Good save.

I move on next to weed. Many a uni student’s favourite pastime.
The Green Party is famously pushing for drug reform by way of marijuana legalisation, and a referendum will be held during next year’s election. “I totally support [legalisation]… a criminal approach has not worked anywhere around the world, ever, but what a criminal approach as done, but what it has done is created systemic racist and classist impacts for those communities so we’ve got to change it”. Marama is hopeful that the upcoming referendum will finally spur on some drug reform. But when I follow up on what specific policies they would introduce to aid in this reform, her answers become more vague.

“It goes back to what we want to do is not continue the same social injustices.” Discussions and debates are mentioned, as is stopping ‘big cannabis’ companies having a monopoly, but no hard and fast plans they want to introduce. As I start my next question she quickly adds that she wants to see improved addiction services, particularly for Maori and Pacific specific programmes. I point out that the healthcare system already struggles to do this, but Marama is firm in her resolve, “And that’s why the Greens will say really clear that the mainstream health system has to share the resources in a way that is going to address Maori and Pacific communities directly”.

But as a Green Party, their main focus are not just social issues but environmental challenges.

Has the Green Party done enough in its time in Government for the environment?

Marama concedes that there is more progress to be made on environmental policy, but also notes that important stride have been made due to their sustained campaigning involvement in Government. “Things like banning offshore drilling new permits are [advances] I never thought I would even see, but that’s been one of the herald achievements of having Green Party influence over several parliamentary terms and now in Government.” Waste reduction is now a major point of prominence for the Green Party, as policies such as the ban of single-use plastic bags come into effect.

If this is all down to the Green Party’s influence, would a Blue-Green coalition be a potential future option?

And to this question I got one of the most definitive answers of the entire interview. “If a Blue-Green party means planting some trees, banning some plastics, but continuing with the same economic model that continues to give power to polluting industries – then they are not Green. So there is no such thing for me as Blue-Green”.

What policies upcoming policies do you have for students?

“I really want the green card” she says through a mouthful of toast, “for student off-peak travel for free, for students I think that would make a massive difference”. It would. Please AT, take one for the team. “Rentals and rent prices are going to be a key area for the Greens. I know it’s just been a thing that, you know, students just live in shit flats,” (can confirm, my flat is in fact shit) “but actually we just let the landlord class get away with it and make mint off it and that’s just not acceptable… We want to make sure people are charged a fair price for the condition of their housing”. But my heart was pleased when she mentioned the importance of youth mental health reform, “Oh and of course mental health support for up to 25. All of these areas are going to make a real difference to young people”.

And now for the low balls:

Why should we vote for the Green Party?

“We are the party that wants to protects our planet for future generations but also make the connection that people have enough to live good lives…. You people are wanting action of climate change, on inequalities, those are our priorities. We understand that the system has not worked, it’s the Greens who want to make that system change”.

Finally, Is University of Auckland the best university?

“Well I went there!” once again Marama laughs, “That’s really a shitty question to try and staunch it off against all the other institutions!” Worth a shot. “Despite what I have seen as an assault on students and progressive agendas, it’s actually the movements that have come out of [UoA] that are some long standing New Zealand iconic movements that I want to play tribute to”. Good avoidance Marama, A+.