Made in Slavery – An Uncontroversial Issue

There’s not a lot that everyone agrees on. We’ve all had more than our fair share of arguments with our friends over the infamous pineapple on pizza, elections, and every issue in between. But I’m sure whether you’re studying engineering, music, or law, you’ll agree: we shouldn’t have to worry about whether our clothes and food have been made by people trapped in slavery.

Yes, I said slavery. Yes, I am in 2021. Yes, it is a real thing. An estimated 40 million people are enslaved as you’re reading this now. There are more people living in slavery today than when slavery was abolished – more than any other time in history! Slavery is thriving – an appalling reality.

Modern slavery is the severe exploitation of other people for personal or commercial gain. It’s a human rights violation with exploitation at its heart and has captured almost all of the industries we encounter day-to-day. Electronics, garments, fish, cocoa, and sugarcane were the top five products at risk of modern slavery in 2018. These are all very familiar to us as students. We happily use these products, food, technology, and fashion almost every day, hardly sparing a thought for the 50% of those 40 million slavery victims who are living in labour slavery. When our clothes and snacks say ‘Made in ____’ we have to wonder if that means ‘Made in Slavery’.

This is not the way the world should be! As the youth of Aotearoa, we want to drive the government to see that this isn’t right, and that it must be changed.

40 million people. The number of people in slavery right now is over eight times the population of New Zealand. One of these people was Flor Molina, from Mexico. She had just lost a baby because she hadn’t been able to afford hospital care, and was desperate to support her three other children. Flor was offered an opportunity through her sewing class to go to the U.S. to sew, so she took it. She was told she would be able to send money home to Mexico where her children stayed, and would have a place to stay, and food to eat. It was the kind of job opportunity she didn’t have where she lived. In reality, she was forced to work 18 hours a day. She had to sleep in a storage room at the factory where she was enslaved. She only had one meal a day, and was punished if she took longer than 10 minutes to eat. Flor was forced to be there, and she was making dresses that were sold in regular stores, just like the places you and I shop.

We can’t be blind to what’s going on behind the scenes of the stores we walk past every day. This was only in 2001. For many of us students, that’s within our lifetime. And it’s still happening right now. This is not the only story. She is not the only person. There are millions of stories, and millions of people.

Two-thirds of all those enslaved live in Asia-Pacific – the area New Zealand trades with extensively. It’s hard to bear the thought that there is a very real possibility that the tea I just drank, some of the clothes in your cupboard, and the laptops we type on, were all created in part by modern slavery. We are surrounded by the products of modern slavery every single day, but today we have to see and face this issue. We can’t be ignorant of the fact that we benefit from slavery – we have to take action.

You can take action right now by signing the Modern Slavery Act petition. The Modern Slavery Act petition is a joint initiative of World Vision and Trade Aid. Together, we’re calling on the NZ government to put in place legislation that requires NZ businesses operating overseas to ensure there is no slavery or child labor in their supply chains. Modern Slavery Acts require businesses to understand the risks of modern slavery in their purchasing, to report on those risks, and take action to address them. This helps prevent slavery through transparency and accountability. They give the business community guidance to undertake this work and provide a level playing field across businesses. Modern Slavery Acts enable us, as consumers, to expect slave-free products and services from companies. You have the motive, and here’s the weapon – your signature. We can stand by and know we’re consuming and using goods that have been made in slavery, or we can sign the petition and motivate for a just world.

There’re many brilliant actions we can and should take, but – cheaper than going thrifting and quicker than looking for that Fairtrade label – signing the Modern Slavery Act petition is arguably the most important of those actions you can take right now to advocate for ethical consumption. The most powerful and crucial thing you can do is to sign the petition https://www.signforfreedom.nz/, and share it with as many of your mates as possible.

(Stay up to date and join the campaign by following the @modernslaveryactnz_ insta.) 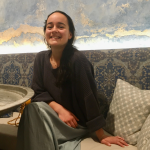