Love (to hate it) Island 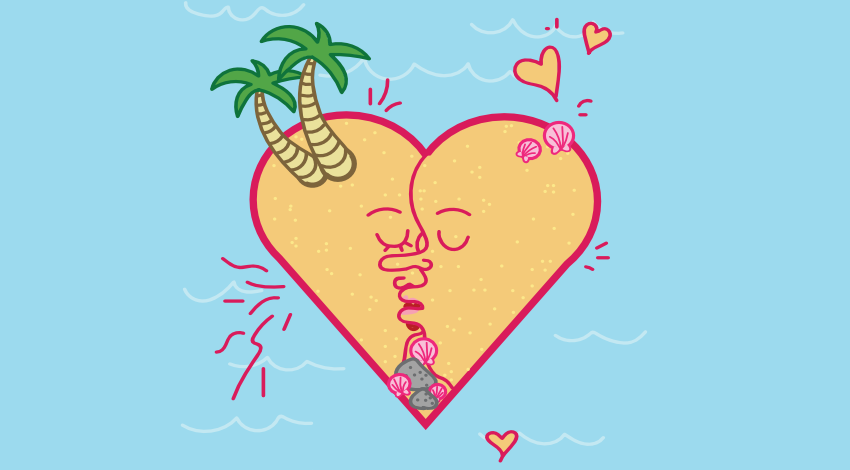 With the latest season of Love Island finally coming to a close, I reviewed the entire season and its problematic behaviours while admittingly, wishing it wasn’t over.

In my honest opinion, anyone who says they hate Love Island is most definitely lying. Like, how can you hate the idea of spending an hour of your day watching a reality show filled with drama, romance, and heartbreak? As long as I’m not apart of it, I’m definitely going to enjoy watching it. However, as much as I enjoyed watching eight weeks of Love Island episodes, I can’t ignore how problematic and unreal it is, especially for a reality show which is most probably scripted, however, I know I wasn’t the only one who was ecstatic when this year’s winners were announced.

Amber Gill and Greg O’Shea taking home the £50k was probably the most worth it win in Love Island history; an amount that they will likely double in the next few weeks with their new social media lifestyles (being sponsored by Fashion Nova and teeth whitening ads, obviously). There are several issues with the show, from the gaslighting and toxic masculinity to the lack of diversity and inclusivity, Love Island, as entertaining as it is, portrays an unrealistic dating scene to viewers.

From the start of the series, the issue of ‘gaslighting’ clearly exposed the toxic masculinity that would continue throughout the entire duration of the season. Gaslighting is a form of manipulation that uses emotional and psychological abuse on the other person, and it is very much apparent in this season of Love Island. It all began with islander Joe who coupled up with Lucy and very quickly admitted his feelings for her. However, their relationship soon took a turn for the worst when Joe noticed that Lucy was a different kind of girl, she didn’t fit in with the group of girls and spent a lot of time building friendships with the boys. Jealous Joe decided to call Lucy out on her unladylike behavior, by saying “I didn’t think you were that kind of girl”. When men tell their partners who they should be friends with, it not only leads to an untrustworthy relationship but also reveals an insecurity within themselves, such as feeling self-conscious about their partner’s success and social life. It clearly didn’t work for Joe and it definitely will not work for you.

The relationship between Amber and Michael was one we were all rooting for, until Michael basically cheated on her the first chance he got. Michael was attracted to Amber because of her resilient, feisty and ‘a tough nut to crack’ personality which made viewers excited to watch their romance blossom, until Michael decided he suddenly didn’t like those qualities. What he once loved, he suddenly felt himself being uncomfortable with Amber’s boldness and found himself “biting his tongue in situations I wouldn’t normally bite my tongue in”. Okay Michael, okay. Michael selling a false narrative to Amber and making plans for the future together not only turned him into the nation’s most hated islander but gave her the winning crown, so the lesson to be learnt is clearly: do not go back to your wasteman ex, you’ll find yourself thriving because of it. The misogyny that Michael inflicted onto Amber which he believed was justified because of her age definitely proved he was the “childish” one.

We see true heartbreak several times this season, however, the most painful was definitely that of Amy and Curtis. Curtis not only made Amy his “half-girlfriend” and just like Michael, sold her a false narrative of the future life they could have shared, but as soon as new girls entered the villa, he found faults in her which led to the fall of their relationship. During Casa Amor when the boys and girls split into two separate villas with a new set of islanders, Curtis revealed his feelings for Amy had changed and that he now wanted to pursue things with Jourdan. However, after Jourdan rejected him, he decided to stick with Amy to avoid the risk of being dumped. Love Island almost glorifies cheating and justifies that men should be able to talk to other girls if they find problems in their relationships rather than talking to their girlfriends directly. As a result of Amy’s insecurity and constant need for reassurance, Curtis decided that he no longer wanted to be with her and left her no choice but to leave the villa. But not before he told her all the reasons she wasn’t good enough for him; “someone once asked me, is this girl the one you want to marry, the one you want to have kids with, your everything the world? And I couldn’t envision myself having kids with you or marrying you.” Good one Curtis, bet Amy was really happy to hear that.

Another fiery islander was Irish contestant, Maura Higgins who had her fair share of issues in the villa; one in particular was when she had the choice to choose an islander to join her in the hideaway (basically it’s just a room with a lot more privacy which allows the islanders to get intimate). Maura chose Tom, and what we all though were going to be a pretty frisky night turned into a lot of shouting. Why? Because Tom decided to say “it’ll be interesting to see if she is all mouth or not” when Maura was right behind him, why Tom? Seriously why? This is another reason as to why Love Island is problematic. Because Maura was very open about sex and how much she loved it and wanted to have it, the boys thought they could openly disrespect her about it while of course, maintaining double standards at the same time. Don’t worry though, Maura and Tom did not spend the night together and she definitely made him grovel for her forgiveness.

The most shocking episode and prime example of gaslighting and toxic masculinity was of course when Jordan asked Anna to be his girlfriend in this romantic way – he took her around the tour of the villa and showed her where they first fell in love, first kissed and first coupled up. Adorable isn’t it? That is until two days later when Jordan decided to unashamedly cheat on Anna right in front her and the whole time, blame her for it. Yup. I’m just as shocked as you are. Jordan decided to pull aside new islander India to reveal his newfound feelings for her as he felt like he had more in common with her than with Anna. When the epic fight broke out, Jordan didn’t have a leg to stand on but he continued to ridicule his ‘girlfriend’ saying, “oh my god you’re so boring” and “you’re so negative all the time”. If this season of Love Island has yet to teach us anything, just know that if someone’s head can turn that quickly and they use their partner as an excuse for cheating, then they clearly have their own deep-rooted issues that they need to deal with. Get some help Jordan, on behalf of the “one hundred” girls you slept with, get some help.

Even though this season of Love Island has reached its highest ever ratings with over 6 million viewers watching according to BBC News, let’s be real – none of these couples will actually last in the long run and if they do, it’s only for the Instagram followers and paid interviews where they discuss how much they’ve changed since making all those mistakes in the villa. Pfft, As if.