Jonathan Van Ness, We Salute You 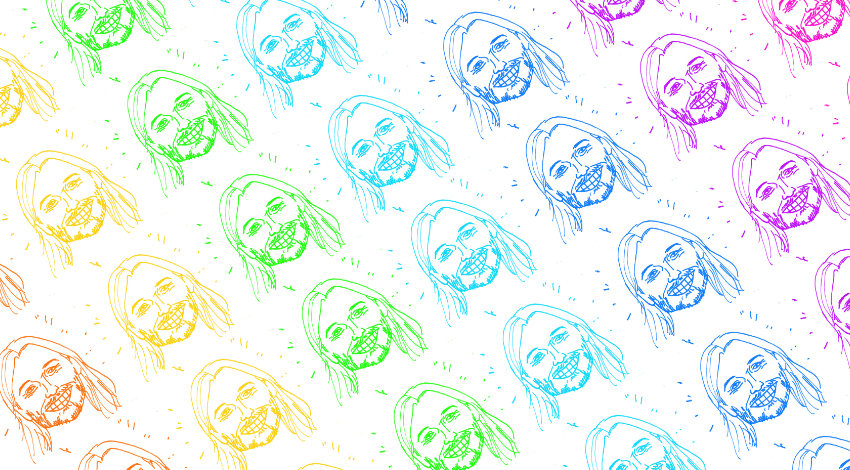 This week, Fabio Pizzeria sends an ode to Jonathan Van Ness for his fierce bravery.

The article appeared on my newsfeed. Last weekend. “Jonathan Van Ness comes out”.  I was confused. The breakout star of Queer Eye is open about his queer sexual orientation and non-binary gender identity (he uses both she/her and he/him pronouns). Alas, Jonathan Van Ness, in an exclusive interview with The New York Times preempting the release of his autobiography ‘Over The Top’,spoke his truth. Not a truth he always felt comfortable to share but one that he felt was important. Jonathan Van Ness is a sexual assault survivor, a former drug addict and sex addict and is H.I.V. Positive. The interview speaks of the trauma Van Ness has struggled with and sends a stark message to how much those who seem bubbly and light are often filled with dark pasts and battles they have fought.

Since this interview, Jonathan Van Ness has spoken in the media with many reporters. Currently promoting his new book, he has been honest about how well he is doing since he was diagnosed, particularly since he is on antiretroviral medication which means he is undetectable. Being undetectable means that there is no risk of transmitting the virus to any partners and stops the damage the virus can afflict. In recent interviews, he has educated reporters and audiences on this information. For someone inside the queer community – particularly in the Men-who-have-sex-with-men category, this information is supposedly well known, when it is not, education campaigns are often targeted towards this group in order to promote awareness and education around preventing H.I.V.. However, regarding the education of mainstream audiences that are involved and that care, Queer Eye is paramount to helping end stigma around H.I.V. and continuing to bolster the ability for heterosexual people to be allies for gay issues. Van Ness speaks openly of feeling healthier and stronger for treating H.I.V. head on and for taking control of his health. This is a message that needs to be heard.

H.I.V. is still an issue for many individuals. Modern advances in medicine have led to the reduction of transmission rates and in many developed countries, with guaranteed access to preventative and treatment antiretroviral medications, H.I.V. is no longer a death sentence. For Van Ness, speaking to The Guardian about his diagnosis, he remembers the day he was given his HIV diagnosis, he asked the doctor if he could still live to 75. The doctor told him, “I will keep you alive long enough to die of a heart attack or cancer like everyone else”.

I’m not going to sit here and argue that Jonathan Van Ness coming out as H.I.V. positive is going to single-handedly change the course of discussion around H.I.V. and end all stigma. This is not the case. But for someone at the forefront of popular culture right now to stand proudly as a member of the ‘H.I.V. positive community’ and to bring back this conversation that started with people such as Freddie Mercury and Magic Johnson is so important a time where globally, queer rights can be seen as almost going backwards in some parts of the world. To sit in a room and talk about undetectable viral load, treatment options and how good they feel for speaking their truth, it paves the way for better discussion around H.I.V. and how we perceive the sexual health of members of the queer community. Jonathan Van Ness is the continuing of a legacy of queer men standing proudly in their identity, their health status and who they are. I am excited to see the advocacy that I hope Van Ness takes up, and how this topic will be addressed in upcoming seasons of Queer Eye. Jonathan Van Ness, we salute you.