The Importance of Getting Involved

News Editor Amol Rajan: “The news cycle is a fickle friend, and sometimes not even a friend.” On ‘Oxford’s 2020 Word of the Year ‘unprecedented’

The coronavirus struck in late 2019, with its global impacts taking the form of mass lockdown in 2020. The personal, economic, and social impacts of the pandemic have been overt and discussed widely. I detest in fact, even writing an article with Covid-19 in the title, for the world deserves a break from its intense media coverage.

But this article is about something else; namely, the issues which were placed on the backburner while the nation digested footage of panic-buyers, an overload of Covid statistics, and the daily reports by Ashley Bloomfield (which demonstrated just how deprived we all were of social interaction).

On a personal note, I’d like to point to climate change. In 2019, the coverage of climate activism and the student strike movement was monumental. Millions of people across the world participated in youth-led strikes, Oxford’s word of the year was ‘climate emergency‘ and notorious school striker Greta Thunberg featured as Time’s Person of the Year. It was amazing. It was a year in which the climate crisis was finally being addressed, as it was forced into the spotlight by the remarkable effort of young people.

Whether it was inevitable or unfortunate, the focus of the media soon shifted. Covid-19 was a more captivating subject, one which wasn’t consumed by a debate of relevance, and thus other social issues fell away.

To be fair, the pandemic was not the only thing in the news during 2020. In late May, reporters turned their heads toward the Black Lives Matter protests in America. The rise of active scrutiny of racism, especially in relation to the police, proved itself to be a key issue for public interest. However, the way in which these social issues rise and fade from the limelight reflects an unproductive media pattern.

This is to say that the world quickly moves from one event to the next, without real understanding, and without real solutions. For BLM, it means the ongoing racial discrimination by police being addressed but ignored. For the matter of climate change it means continually passive efforts to update policies and effect social action.

2020 was a year of change (for me, a year in which I moved across the ditch to focus on university). I can’t provide personal experience on this issue, so I introduce school striker Sienna Rigazzi, who personally dealt with the effects of Covid-19 on her activism. Sienna’s role in planning and running strikes with School Strike 4 Climate was central to herself and her community. SS4C gained notoriety in late 2018, with large scale rallies attracting hundreds of thousands of people to protest inaction.

“Covid-19 was extremely disruptive to the activism I had been previously used to,” said Sienna. And it was. In a media-driven world, stories of injustice are best told visually. It’s the historical way to take action. Banners. Protest signs. Microphones. As a member of the younger generation of activists, Sienna notes, “The most effective way I could engage in politics was to have my voice heard out on the street.”

By March 2020, the crucial momentum generated by youth strikes was lost. For nearly a year, no street protests of relative scale could be held. And politicians no longer felt the pressure to respond to climate change, for there was an opportune and colossal diversion from those conversations. This was of course the unprecedented setback to a movement hinging on community activism and attention.

“Finding ways to engage the community online was far more challenging,” says Sienna, who contributed to SS4C’s efforts to hold online events, and ‘phone jamming’ protests. The adaptation to online-only methods of protest rekindled to the detriment of activists, the power imbalance between politicians and community members. With the sudden halt to normal life, and activism among all other things, being pushed online, the role of activists became incredibly difficult.

Sienna wrote, “A lot of people, justifiably stopped paying attention to issues that were not directly related to their own struggles regarding the pandemic, so a lot of momentum built over the past few years in regards to taking climate action were lost.”

As this shift took place, and social media became the nucleus of community-involved activism, power changed hands again. In the peak of BLM protests in 2020, social media provided scope for worldwide interest. The relevance of political issues became determined by clicks and shares. This modernised era of social justice skates a thin line between tangible progress and performative activism. Perhaps forevermore, this will remain the way of activism. The success of movements may need to trust in the chance that their cause will go viral, in order to give validation to their purpose.

This great fault of social media activism drags us back to our initial problem: media coverage. There is no doubt that the balance of news coverage shifted dramatically from pre- to post-2020. If you wish to see it yourself, search ‘NZ Headlines 2020’ compared to ‘NZ Headlines 2019.’ The diversity of social issues decayed. Topics like climate change, which previously relied on visible public protests, vanished from the media.

The BLM protests mid-2020 were an example of this. These rallies were too large and too widespread to be ignored. So, for a while, they held the focus of the media alongside Covid-19. But once this fight for racial justice dropped out of the competitive news cycle, it entered into a different sphere. Topics of political concern, once set aside from the legitimised space of ‘breaking news,’ are transferred to ground level social media spaces. Only those who wished to discuss them did so, and only those who wished to hear, would.

And so perhaps you ask why this is concerning. Covid-19 held its rightful stage and it was and still is a significant influence on our daily lives. This is valid. But I argue that this high turnover rate of crucial social issues has further impacts.

What are the consequences for democracy, wherein key political issues circulate social media unchecked, unregulated and unquestioned? How can appropriate debates and discussions coexist with changing media patterns in a way that is constructive to the issues at hand?

I’m a second-year uni student so I have no answers for these questions. The only solution I can offer is that of individual contribution.

There are plenty of ways for you to get involved in activism, like:

My final message is this: social injustice lives on with or without Covid-19. Deriving truth from boundless news sources is not on you. But the responsibility to play an active role in social justice, instead of a passive one, is yours. There are so many ways to act in this community and New Zealand is certainly a place privileged enough to provide that space. Please use it. Write social justice into your degree. Stitch it into your final thesis. Wear activism like a badge on your collar. Manifest consciousness in everything you do. No need to wait for validation from a headline. The success of these movements rises and falls with you. 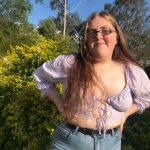