He doesn’t give a shit about you, lol 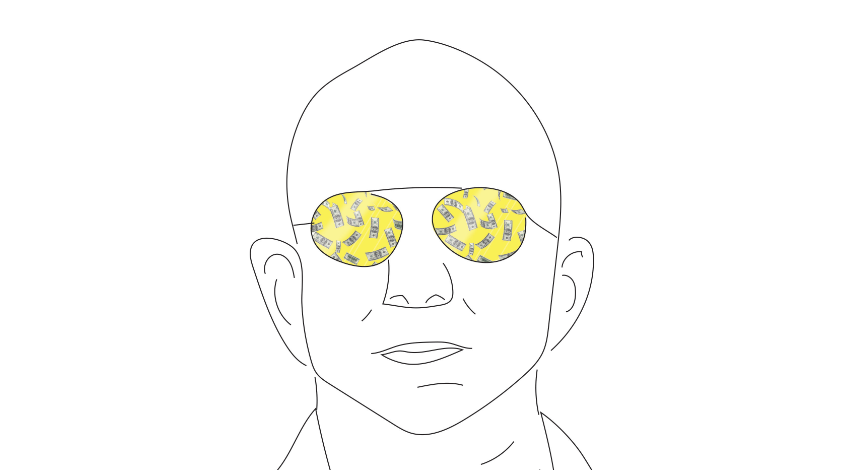 This week, I was tasked with writing an article about Jeff Bezos, prompted by the existence of @HasBezosDecided; a Twitter account dedicated to the simple concept of whether Jeff Bezos has decided to end world hunger yet.

Given the moral significance of extreme poverty being at the apparent mercy of the unfathomably wealthy, it’s an often repeated question applied to the wealthiest of each generation, but it takes on a special consideration when the stated number to solve world hunger (roughly $30 billion USD) is compared to Bezos’s net wealth (hovering around $165 billion USD). Now, any ol’ anime girl avatar on Twitter will kindly remind you that his net worth is not the same as what he actually has access to, that a not-insignificant amount of it is tied up in Amazon’s exponential growth and various assets that do not automatically equal cash flow. Thank you, boys. We salute your dedication. Go back to jerking it to Belle Delphine. But they’re not wrong – Bezos is much less secure in his billions than, say, icon of fantastical wealth Bill Gates. However, arguing the semantics of his wealth is missing the point. It’s a smokescreen. It’s not even about Bezos, really. It takes away from the point of the question asked by so many: how can the wealthiest people in all of recorded history not use their power to save the world?

To provide a short answer, it’d be easy to go into a simple attack monologue about unrestrained greed. It really would. It’d be easy to say that their billions rest upon the shoulders of those who worked for it, that Amazon’s convenience comes at the cost of terrified workers fearing the loss of their jobs should they go to the toilet, choosing to piss in water bottles instead lest they get thrown out on their arse. My beautiful copy of Silent Hill: HD Collection was likely packaged by a guy who has been holding in his piss for 12 hours! It’d be easy to just go on a little rant about why, time and time again, the priorities of the wealthy come at the cost of the welfare and lives of those outside their spheres. The short answer to the aforementioned question is simple: world hunger is essential to maintaining the disparity that allows the hoarding of billions of dollars. But all that corporate dystopian horror is not the point – it’s one to consider, but it’s not the point. Rather, we have to consider a new kind of greed; one that is both gripped in fear of its mortality, and one that is seeking to leave this planet behind. It’d be easy to ask why Jeff Bezos doesn’t want to save the planet, it’s a lot harder to hear the answer: he doesn’t think Earth can be saved.

Publishing this in New Zealand places us a lot closer to this discussion than we would like to imagine; among the circles of the rich, New Zealand has gained a reputation of being a safe place to hide when shit hits the fan, whether it be the United States breaking out into civil war, or a widespread uprising not dissimilar to the Yellow Vest protests in France, or the inexorable march of climate change on our sweet little civilisation. Throughout the South Island, and for some reason particularly around Queenstown, plots of land are slowly being bought up by the wealthy and turned into survival bunkers; up to 38 sales have been claimed by their creators, Rising S. In particular, Silicon Valley, famously exemplified by Peter Thiel’s granting of New Zealand citizenship after 12 days in the country, has taken a strong interest in riding out the storm in these bunkers. Why? Rather than searching for any crackpot theory about lizard people and the Clintons and whatever, I want to reduce it to the simple idea of fear. One does not consider a doomsday shelter pragmatic or practical without a healthy amount of fear that something will happen to them – not merely the world outside, but themselves. And if something strikes fear in the heart of people with near-limitless resources on their hands, then that’s pretty fucking terrifying. These people are fearful of the bite that will come with attaching themselves to an economic system doomed to eat itself alive, currently only kept breathing on life support. Their fear comes from the knowledge that they are the first of their breed of wealthy to see that the party does not, in fact, go on. And coke can’t give them the high to ignore this low. That they have attached themselves to an economic system rapidly destabilising in front of their eyes, and have almost inarguably set into motion a carbon dioxide feedback loop that will render their efforts moot on a global scale. They’re so scared of what comes next that they’re seriously considering living in the South Island willingly. Isn’t that horrifying? Wouldn’t you just prefer to die? Bezos, on the other hand, is looking to the stars.

Like fellow ‘how can someone look so much like a ‘70’s Bond villain’ entrepreneur Elon Musk’s interest in SpaceX, Jezz Bezos’s other main venture outside of Amazon is Blue Origin, a company dedicated to private spaceflight and exploration. However, in his own words, the ultimate goal of his company is for humanity to leave Earth behind. His reasoning for this is interesting – unlike many that aspire to his wealth, or some of the governments and private figures that operate at his level of wealth, he is cognizant of the reality that Earth is going to go through some major troubles in the future, to say the least. Earth has IBS, and we’re more than likely the cause. He is further along than many of his class in his acceptance that the hypercapitalism we have practiced in the last ~100 years is starting to bite us back in a way the markets cannot simply regulate our way out of. He has explicitly said that ‘we’ are killing our planet – we’re choking the environment, resource depletion is a real issue, etc. But here’s the thing – rather than focusing on saving the planet we already have, proving we are capable of being intergalactic caretakers of other life-supporting habitats, the stated mission of Blue Origin is to jettison those that can afford it into the aethers of space, carrying the same unsustainable mindset that plagues us today. Bezos’s insistence on a collective guilt in wiping ourselves out distorts the balance of responsibility – the mother that longs for plastic bags at Countdown once again is not comparable to the mega-corporation that sustains the destruction of the Amazon. Or whatever. You get what I mean.

While humanity’s ascension to the stars is indeed an admirable goal, it bears some thought that the only people that Jeff Bezos believes will realistically have a chance of doing so, bar an international mass-deployment of the few survivors i.e Interstellar, were the power players that encouraged the self-destructive system to perpetuate in the first place. Essentially, his solution is out of some bleak 2000’s movie that came out after An Inconvenient Truth: let the poor die, we can’t do anything to save them.

Well, maybe Prime subscribers will get a chance, I guess!