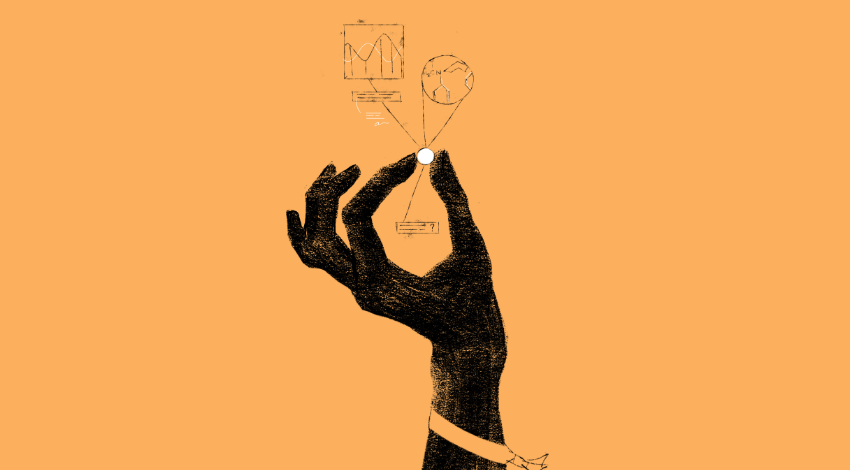 In light of recent news coverage of pill testing at festivals following the announcement that NZ First had vetoed any changes to legislation, we decided it was time to rerun our 2018 interview with Wendy Allison, director of KnowYourStuffNZ who operate pill testing services.

Wendy is a drug policy advocate and works practically in the field of pill testing along with KnowYourStuffNZ. Wendy pioneered KnowYourStuffNZ in response to growing concerns over the lack of safety surrounding drugs at festivals and the absence of testing services for festivalgoers taking substances. KnowYourStuffNZ operate in conjunction with the New Zealand Drug Foundation. Their service provides discreet drug testing for events. Patrons who have recreational drugs they plan on taking can come to the testing tent, provide a small slither of a sample of their substance and have it tested via reagent testing and spectrometry to determine which compounds are likely present and in approximately what percentages. The test cannot detect purity. The tested sample is destroyed and patrons then have the information on what they are taking and can make an informed choice to take the drug if they choose. At no point does KnowYourStuffNZ have possession and at no point do they promote or encourage the use of drugs.

This is how KnowYourStuffNZ work around the legal challenges of drug testing. The current legislation, the Misuse of Drugs Act 1975 allows that ‘no person shall procure or have in his possession, or consume, smoke, or otherwise use, any controlled drug’.  Section 12 of the legislation also makes it an offense for any person to knowingly permit any premise to be used for the consumption of illegal substances.

For KnowYourStuffNZ to operate, it requires the discretion of the police as well as the willingness of the festival owner to knowingly break the law. This is something that KnowYourStuffNZ would like to see changed. “It is ridiculous that a festival can be held and everyone – festivalgoers, media, promoters, even the police – know that drugs are being consumed and yet the promoters have to pretend that it is not happening”. Wendy believes this ‘head-in-the-sand’ approach to drugs, that suggests that because recreational substances are illegal people will not take them, is not working. Evidence supporting this indicates that more drug users are trying new substances and the proportion of drug overdoses is increasing.

Because KnowYourStuffNZ works within a gray area of the law, they have limitations to the service they can provide. KnowYourStuffNZ cannot currently publicize their presence at events; they operate simply on word-of-mouth. If they could operate legally, they could work in partnership with police, send warnings when bad batches of narcotics are circulating at festivals and test for more substances due to their enhanced visibility. These are the key reasons why Wendy sees a need for changes to the law to allow KnowYourStuffNZ to operate. The current legislation means that KnowYourStuffNZ would face significant challenges to operating at high profile festivals such as Rhythm and Vines. The amount of media scrutiny on the event mean that if the presence of drug testing organisations were known, festival promoters would be liable and the media attention would likely force the police to prosecute. KnowYourStuffNZ do not speak to police, “the police are only doing their job, the issue is with the legislation and this is where changes need to be effected, with the law”.

KnowYourStuffNZ have been testing at festivals for three years now. MDMA is the drug that is most commonly tested for.  “The majority of illicit drugs are imported from overseas and subsequently the quality varies year to year, batch to batch”. Wendy notes that in the preceding summer, pressed pills have become popular again. “The pills are mostly of the same batch, colour and imprint indicating a large shipment most likely flooded the country”. When KnowYourStuffNZ test for MDMA, they cannot tell the person potency, the technology indicates simply which compounds are present and in what percentage. A 400mg pill of MDMA that contains approximately 50% of MDMA contains approximately 200mg for example.

A dose of MDMA is usually 100mg but this depends on the metabolism and weight of the individual. Last summer, KnowYourStuffNZ found that pills often contained 200mg, twice the usual dose. “Patrons who had their pills tested were mostly pleased to find they only needed to take half a pill and subsequently they didn’t have the side effects associated with taking twice the dose,” Wendy says. Taking too much MDMA is part of where trouble arises. Because illicit substances are sold in an uncontrolled market, there is no quality assurance or control, consumers have no way of knowing how much MDMA they are taking and subsequently of risk of adverse effects is higher. KnowYourStuffNZ have identified that substances sold as MDMA sometimes instead contain another drug. Cathinones, often known as bath salts, are mostly commonly used instead of MDMA. N-ethylpentylone was the compound found most commonly in New Zealand. N-ethyl-pentone doesn’t provide users with that ‘loved up, empathic’ feel that MDMA does. Subsequently, users take more of the drug.  Because the usual dose of  n-ethyl-pentone is 30mg, users already take 3x more than they should. Combined with the fact users don’t achieve the same ‘buzz’, users often take extra and overdose.

Fentanyl was found in New Zealand for the first time in an Opioid sample tested at an unnamed festival in February. Fentanyl is a synthetic opioid that is 100x more potent than morphine. It is extremely easy to overdose on. Wendy says that fentanyl has been found at the border for the last two to three years however there is no warning system in place to alert opioid users of this potential risk. KnowYourStuffNZ were the organisation that put the alert out to the public via the media. Opioids continue to become a growing issue in New Zealand. One person is Iost per week to an opioid overdose.

Harm Reduction is defined as ‘a set of practical strategies and ideas aimed at reducing negative consequences associated with drug use’. Harm reduction is a principle that encompasses social justice for drug users as well as allowing provisions for safe drug use.  Harm reduction acknowledges that programmes that promote complete abstinence from all drug use are not effective in stopping all individuals from using illicit substances. People are going to make their own choices regardless and the right information, support and equipment is essential to reducing the possible harm.  Harm reduction for drug users has some programmes in New Zealand. The New Zealand Needle Exchange has been operating since 1988. It was the first of its kind in the world and its’ operation has meant that New Zealand has maintained low rates of diseases spread by sharing contaminated needles. An opioid substitution therapy programme also exists for dependent users and has been operating for over forty years.

Conservative organisations often suggest that KnowYourStuffNZ are promoting the use of illegal substances and that providing testing services and access to safe injecting equipment allows ‘immoral’ behavior like drug use to continue. Wendy disputes this. “Testing only allows people more control of what they’re taking rather than promoting them to actually take a drug”. KnowYourStuff are adamant that they are allowing users to make an informed choice to take or not take their drugs and to understand the risks associated.

In Portugal, drugs have been essentially ‘decriminalized’ since 2001. Recreational drugs are still illegal, however the offence is no longer a criminal one – rather, it is administrative. The removal of criminal charges for personal drug users has been highly effective.  Offenders are now evaluated for rehabilitation rather than punishment and there have been decreases in many of the social issues created by enforcing punishment for drug users and there have been significant drops in drug related crimes and overdoses

3: Completely review the Act and make changes that are consistent with evidence.

Times have changed; the knowledge and ideals we hold around drugs are different than those of the 70s. Wendy believes that the illegal status of recreational substances causes the largest amount of harm and evidence confirms that it is difficult to separate the harm from the substance with the harm that results from its legal status. “the law is over forty-five years old. It is no longer fit for purpose. We have had forty-five years of a punitive approach to drugs. There is more harm, more money spent on enforcing these laws and we have no results for it”.