Feature: The Inside Story on the Worst Humanitarian Crisis this Century 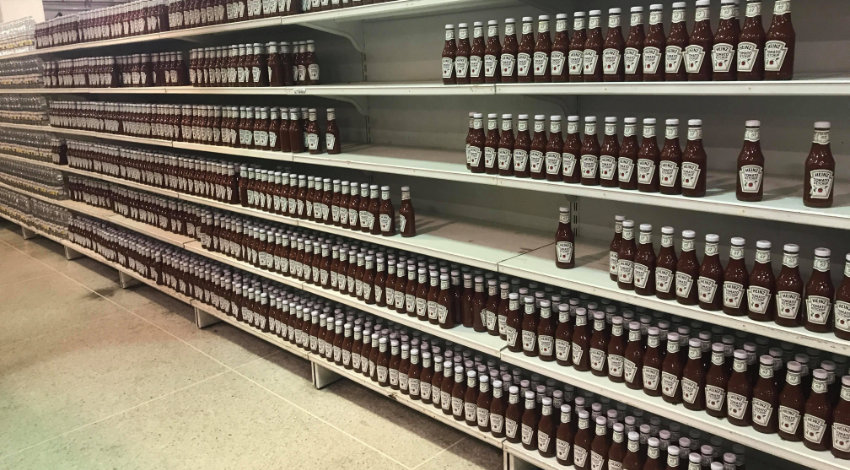 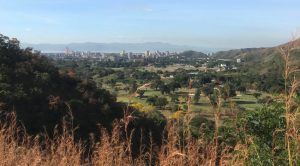 The city of Maracay from El Container, Cerro Hotel Maracay

A close friend of mine attended the opening night of New Zealand’s first embassy in Bogota, Colombia, in February. During a conversation with several expat New Zealanders, he let slip that he knew of a fellow New Zealand student who had recently spent two weeks in Venezuela. The comment was met with pure disbelief. Who would want to travel to Venezuela, a country in the midst of one of history’s worst economic and social crises?

It was a Monday. December 23rd, 2017 to be precise. And something felt off. As I waited patiently for the boarding of Avior flight 1241, Panama City, Panama to Valencia, Carabobo, Venezuela, one could have heard a pin drop. An airport departure gate full of families and friends just a few days before Christmas should be vibrant – full of chatter, laughter and shared excitement at the prospect of returning home to spend the holiday season with loved ones, shouldn’t it?

Justification for the sombre mood was soon provided as we touched down safely on the tarmac in Valencia at the Arturo Michelena International Airport, a mere 45-minute drive from my final destination, Maracay. Walking off the plane and on to the worn tarmac provided a chilling reality. Complete and utter desertion.

Throughout the two-minute walk toward the arrivals terminal, a building more akin to a deserted office block in appearance than the third largest airport terminal in the country, we were peered at by skeletal-looking tarmac staff in groups of two or three. Their probing eyes gave away the only question on their minds – why are you here?

Having already spent 6 months living in neighbouring Colombia, I was well aware of the political, social and economic deterioration occurring throughout Venezuela. Headlines of most of the major Colombian national newspapers were regularly dominated by updates stemming from Venezuela, ‘El Colombiano’ going as far as offering an individual editorial providing the latest news and updates on the crisis. No longer was the catastrophe restricted to Venezuela. It had transformed into a fully-blown regional crisis and a crucial talking point in the build-up to June’s 2018 Colombian Presidential Election.

The collapses of Venezuelan political, social and economic systems have been spectacular to say the least. The origins of the decline seen over the last four years can be dated back to 1999, the year of the ‘Bolivarian Revolution’.

Induced by a 20th century culture of political corruption and a growing resentment toward the ever-present multi-national oil companies that appeared to be pillaging Venezuela’s oil fields for exorbitant profits and operating under favourable tax terms, a new political regime whose name was inspired by the very man who liberated Venezuela from colonial Spanish rule in the early 19th century, Simón Bolívar, was led by to-be President, Hugo Chávez.

A former military officer, socialist sympathizer and jovial orator, Chávez’s socialist rhetoric regularly denounced the “savage neo-liberal capitalism” that, in his eyes, had infected and toxically spread throughout Venezuelan society.

By the beginning of 2007, Chávez had nationalized the entire Venezuelan oil industry. Oil companies were being forced to contribute upwards of 90% of all profits to the state coffers. Funded by record high oil prices throughout the opening decade of the new millennium and the resulting sudden influx of American dollars, Chávez solidified his vice-like hold over Venezuelan politics through extravagant social spending.

Whilst, for example, thousands of state-built apartments and houses were gifted to the members of the lowest socio-economic classes, any thought of investment in economically viable industries that could have offered alternative forms of income outside that of oil were swept under the red carpet of Chavismo.

Unsurprisingly in 2009, blinded by the sweeping social reforms of Chavismo, voters supported a constitutional reform that allowed presidents the right to run for office indefinitely. On the back of plentiful spending facilitated only by the global boom in oil prices in 2008, Venezuela’s socialist dictatorship had well and truly begun.

All of this background history and information was explained to me by Victoria Naranjo, a Venezuelan national living in Medellín who doubled as a close friend and my main point of contact, who had invited me to spend Christmas and New Year with her family. Along with her step-father, Pablo, the 45-minute drive from Valencia to Maracay took us through the winding industrial back roads of Valencia. Factories of some of the world’s largest multinational companies such as General Motors and Ford lay empty and idle.

Pablo, a former director of a manufacturing company in Valencia himself, explained that many companies under Chávez’s successor, former bus-driver Nicolás Maduro, were being hamstrung by strict currency controls inflicted by the state that denied them access to the US dollars they required to import raw materials for production.

“With Chávez, the country was decaying more slowly, it seemed like there was still some sort of control. Under Maduro, everything suddenly collapsed into misery” he explained.

If the height of the grass surrounding the factories were anything to go by, they had been out of work for quite some time.

This has had a gargantuan effect on every-day Venezuelan consumers, even those who belong to the higher socio-economic groups of society. The domestic production of basic consumer products such as toilet paper and washing detergents is scarce, and the importing of food staples from around the world is scarcer still. 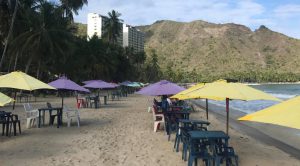 The economic and social deterioration has left the Venezuelan tourism industry in tatters, with world class Caribbean beaches such as Cata left deserted

Equally as concerning, simple medicines such as paracetamols, over-the-counter drugs that we in New Zealand stroll past on a daily basis (including contraception) are near impossible to find, even for the most connected and well-off individuals. Families are now solely relying on other family members or close friends flying into Venezuela from overseas with whole suitcases packed with medicines purchased over the counter.

Coupled with inflation racing towards 1,000,000% since 2015, a result of the runaway devaluation of the Bolivar (Venezuelan currency), prices for everyday consumer products are simply out of reach.

“The last time I checked the value of the Bolivar, the price of a single egg was USD $0.33, or the equivalent of one third of the monthly minimum wage” explains Naranjo. “But for the price of a can of tuna, you can fill up your car with petrol over one thousand times – it just doesn’t make sense”

“There is no food” added 22-year-old university student Luis Alejandro Ruis, “there are no services, and what little is left is extremely expensive”.

This was all made very clear to me as we made a last-minute run to the supermarket in the Las Americas shopping mall in central Maracay on Christmas Eve. Rotting fruit and vegetables lined the produce section whilst the meat and poultry section laid completely bare. However, products in excess stock still lined the shelves.

Having seen my shocked face after walking down an entire aisle made up solely of Heinz Tomato Ketchup, Pablo explained to me that this was state-enforced regulation. In order to keep up appearances and avoid public scrutiny, the Maduro regime had enforced a law forbidding supermarket chains to leave shelves empty, even if that meant stocking the same product in up to four aisles.

However, for many Venezuelans like Ruis who have remained in Venezuela, and Naranjo (who has left to start a new life), being far away from friends, family and everyday normality has been the hardest to accept.

“All my friends are far away from me” says Ruis.

“Obviously with time you make new friends and meet new people” clarifies Naranjo, “but old friends from back home you never forget. Especially when some of them you never had the chance to say good bye to”.

Recent developments have seen a turn against the controlling red tide of Chavismo. On a recent state tour through South America, American Vice-President Mike Pence openly criticized the Maduro regime and opened talks with both Brazil and Colombia over potential action against the regime moving forward.

“The Maduro regime has violently suppressed those who question or criticize their reign,” stated Pence whilst talking to displaced Venezuelan nationals in Brazil. “So many of you have experienced and seen firsthand the extraordinary, heartbreaking, devastating impact of dictatorship on your homeland in Venezuela.”

It may only be the initial stages of international dialogue, but it is dialogue nonetheless. For many Venezuelans, international intervention is now the only way forward.

“There has to be international involvement” explains Naranjo, “at the moment it’s clear that the military won’t do anything. They’re either scared of what could happen or they’ve been bought by the Government.”

What happens now, only time will tell. All that is certain, is that for the moment, Venezuelans both at home and abroad are stuck in a period of limbo. Those that have managed to escape the brutal regime are busy attempting to start new lives in foreign territories. Those that remain in Venezuela are left to bear the brunt of one of history’s most brutal periods of economic and social hardship.

However, as was famously said by the nation’s founding father, Simon Bolívar, “a people that loves freedom, will in the end, be free”. Freedom is a certainty. The only question that begs to be asked is: when will it come?