Feature: How The Pill Changed Everything 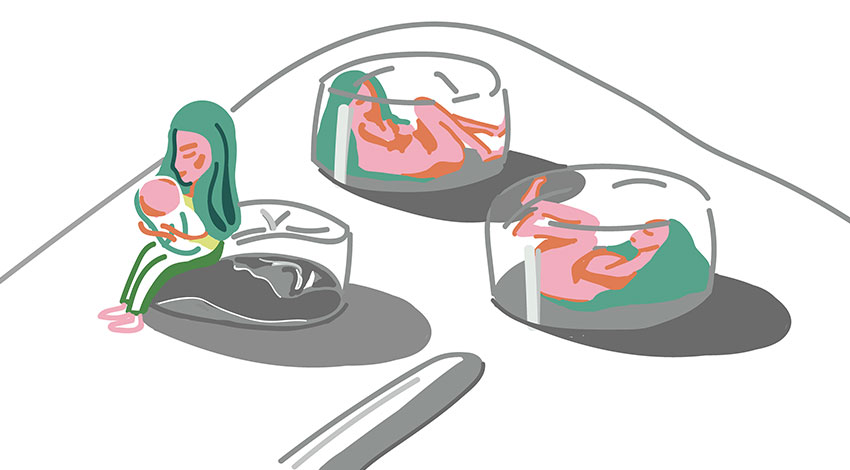 Named by the Economist as the greatest science and technology innovation of the twentieth century, nothing speaks more to the notoriety of the oral contraceptive pill than the simple fact that we call it “the pill.” Nobody calls Viagra “the pill,” nor antibiotics. Now an everyday part of life for more than 70 million women, some might find it hard to believe that it took nearly twenty years to become legally available to unmarried women after hitting the market. For something so small, it has a history riddled with controversy. The fight to have it developed was fraught with concerns over sexual promiscuity, the sanctity of marriage, women’s health, and even eugenics.

When Planned Parenthood founder Margaret Sanger first asked Dr. Gregory Pincus to help her create a birth control pill in 1957, market conditions were anything but ideal. That same year had seen 30 U.S states outlaw contraception. In the remaining states birth control methods such as condoms, intrauterine devices (IUDs), and diaphragms were already available. Why, then, did Sanger feel it was so important to have the drug developed? The answer lies in the social reality of using contraception. If a woman wanted to have sex without getting pregnant, she had to negotiate with a man – either in asking her partner to wear a condom, or by having a doctor fit or prescribe contraception. Sanger believed that giving women the power to choose would allow them to enjoy sex, control their bodies, and avoid unwanted pregnancies without having to depend on a man. Once that happened they would have all kinds of opportunities to assert themselves and fight for equality.

We now know that Sanger was absolutely right. The Pill had a massive impact on family and relationships by lowering the necessity of marriage before sex, and consequently lowering the incidence of shotgun marriages. The average age of marriage saw a sharp increase following the release of the pill. Among one cohort of female college graduates born in 1950, almost 50 percent married before age 23, but fewer than 30 percent did for those born in 1957. The expectations of commitment attatched to sex and pregnancy had previously encouraged early marriage. But with the introduction of the Pill, young people were able to shop around until they found the right partner. More time means a greater chance to invest in one’s career and the ability to delay child-bearing until one’s income is high enough.

The ability to delay child-rearing played a key role in women’s ability to pursue higher education and, consequentially, pursue careers that were traditionally male-dominated. The economic impact of this is huge for women and their families. Last year, the Guttmacher Institute concluded that access to birth control significantly increases a woman’s earning power and narrows the gender pay gap. As the average age of first marriage rose, so too did the percentage of women in certain college courses. For example, women made up 10 percent of first-year law students in 1970 but 36 percent in 1980. During the same time frame, women in the US with access to oral contraception were 35% less likely to drop out of higher education than their peers who went without.

Getting the oral contraceptive pill into the hands of women proved to be difficult, with legal and medical barriers standing in the way. No drug had ever been made available to perfectly healthy people for a non-therapeutic purpose before. Although it had been approved by the US Food and Drug Administration in 1957, marketing the pill proved difficult at first. The main British government body responsible for medical trials refused to sponsor any monitoring of the new drug on the grounds that it was too politically and morally sensitive for them to handle. Over in the US, it was illegal for any drug to carry a contraceptive claim until 1960. Despite the hurdles, in 1957 a new drug called Enovid was released for menstrual regulation. On the bottle was a warning label stating that this drug had another function – it also prevented pregnancy. Sanger and Dr Gregory Pinocus wanted to approach the issue as cautiously and as quietly as possible. So they thought, instead of asking for approval as birth control, let’s just ask for approval something that regulates the menstrual cycle. The bar was lower and as a result the product was far more palatable to the medical profession and the public.

The Pill has not always been a symbol of rights and freedoms, however. Margaret Sanger was vocal about its potential to lead a eugenics revolution in the United States. In 1921 she publicly stated that “the most urgent problem today is how to limit and discourage the over-fertility of the mentally and physically defective.” Black communities in particular were slow to adopt the pill, fearing that it would be used by the government as a means to suppress the black population. These fears were not without reason – until the 1960s black women were forcibly sterilised at a rate 9 times that of white women as part of federally-financed family planning programmes to stop “undesirables” from reproducing. Rumour spread that public assistance checks were contingent on accepting birth control, although family planning employees were urged to say otherwise.

The most well-known public debate sparked by the pill was about morality and promiscuity. Critics feared it would erode public morality and family values. One woman interviewed by The Spinoff recounts her struggle to obtain contraception as a teenager in the late 60s; “people looked down on you if you were sexually active. You were just, for want of a better word, a slut. They simply didn’t see you as an adult. You were a single woman; you had no right to do that.” She states how even doctors would refuse to prescribe the Pill if they disapproved of a woman’s choice to be sexually active. Tody, far-right groups such as “The Redpill” decry the pill as ‘the downfall of modern society,’ giving women a sexual bargaining power which has allegedly given them all kinds of unfair advantages over men. However, these views are now relegated to the dark corners of the internet, occasionally brought to the surface by political debate. In the U.S, the question of whether birth control should be government-funded has unearthed a wealth of old-school attitudes.

The societal effects of the Pill can be measured in dollars and statistics, but also present themselves in ways that are hard to quantify. Oral contraception has transformed the nature of sex – both in the way we perceive it and the way it creates power dynamics between men and women.

“How The Pill Changed the World.” HowStuffWorks.com.19 June 2018 <https: //www.stuffyoushouldknow.com/podcasts/how-the-pill-changed-the-world.htm>