Feature: Eating Your Dumpling Child – It Sounds Attractive, But Don’t Do It 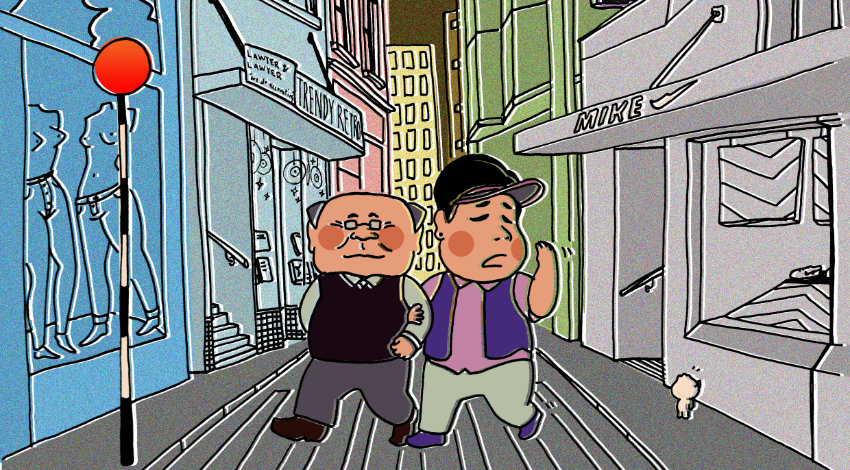 It’s unfortunate that I begin this article with a negative tone, but I’ve recently been informed of something that’s kind of a bummer. For those of you who regularly read Craccum (no, the jokes come later in the article), you would have read the hot dog review I did around the city last semester. Well, it turns out the place I gave the highest rating had to shut down recently, proving my stamp of approval is about as good as a death sentence. In the drastic hopes of redeeming myself, I have decided to tackle another review, and this week it’s a ground-breaking Pixar short! Because while my favourite hot dog place fell victim to my frightful recommendation, I rest assured I won’t manage to get Pixar shut down with this review.

Anyways, now that I’ve managed to settle back into my hectic uni schedule, I’ve been rewarded with the time to reflect on the four-week mid-year break. Having gotten as little done over this time as Elon Musk in the recent Thailand cave rescue, it leaves me pondering the question of where all my time has disappeared to. Now, if you were to ask about the six seasons of Suits I’ve unapologetically binge-watched it’d be a different story! Not to mention the countless hours I’ve accumulated on FIFA as well, that’s where my time went! Forget Romeo and Juliet, that’s a real tragedy right there.

As I was saying, my break did include some exciting events. And now that the dreary task of the long semester ahead has finished daunting me, I think it’s come time to finally shed some light on one of the biggest events of these past weeks; that dumpling movie at the start of Incredibles 2. That’s right, I’m not even going to give you the pleasure of a segue.

If you’ve got no idea what I’m talking about, then I’d have to tell you that compulsive lying is a terrible habit. If you’re still without a clue, then it looks like I’ll be playing along. Fans of Pixar would know that the studio typically precedes their feature films with an animated short, and for this year’s grand return of everyone’s favourite superhero family The Incredibles, Chinese-Canadian director Domee Shi serves up her short film Bao. A tale of family and abandonment, high praise has been sung to the film’s creator for producing a work so culturally significant to the Asian immigrant community.

Where the film particularly manages to strike a chord is how it examines the rift between two distant generations. An elderly immigrant lady, who we later find is missing the company of her adult son, adopts a dumpling she makes as her own child. Of course, only the adorable and downright loveable animation of Pixar would be capable of transforming such a dubious story into an entertaining tale. However, the underlying tone that director Shi manages to strike is parental neglect in Asian immigrant culture. It is a cultural recurrence she harbours strong feelings of indignation towards, and she succeeds in projecting her profound emotions onto the screen.

As the film focused its attention on abandonment within the Asian immigrant community, the consequence is that it shines a light on this minority group in particular. However, I do believe that neglect is cause for suffering in many cultures other than my own. This poses the question of whether the issue of parental neglect is pertinent only to Asian immigrant culture. Well, I would have asked my parents for their stance, but it’s hard when you’re actively trying to avoid them (ask Andrew why this writer’s appalling and distasteful jokes keep getting published by emailing editor@craccum.co.nz).

A downside I found to Shi’s short film is that it makes Incredibles 2 a flick to avoid before dinnertime, otherwise it quickly transforms Bao into a feature-length advertisement for that Chinese place down the road. I mean, how could a film about steamed buns possibly not make you hungry?

Yet the greatest problem I had sitting through Bao was it being loaded with subtle racism. While the sensitive premise of Bao warranted sympathy for its characters, Pixar’s animation was guilty of exploiting stereotype for comic effect. But with the cultural impact of this short, it seems almost as if I were picking at straws to raise such a concern. Rarely in mainstream media do we see a work presented that is so culturally significant to a minority community. And I’m not talking in terms of Kung Fu Panda or Pocahontas. I’m talking about a film which reflects the suppressed hardship and challenges of a generation so distant from home. Bao is a relic for the immigrant Chinese community. And if that isn’t reason enough to rejoice for you, I hear Elon Musk is also joining the fight for diversity. He’s requested a special order of submarines to prevent people drowning in cultural insensitivity.