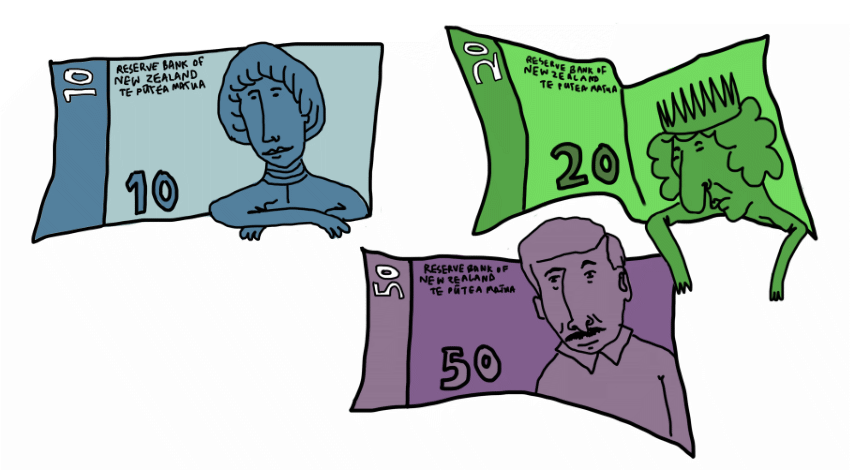 If you’ve followed the news recently, or had the absolute misfortune of reading a Mike Hosking column ever, then you would probably think that the Capital Gains Tax is code for the end of the fucking universe. The Tax Working Group, as brought together by Jacinda and the Labour Government, has released their final report in the last several weeks; the result of weeks of discussion, analysis and conversation around tax in New Zealand.

The report suggested to the government that they consider the implementation of a Capital Gains Tax. In light of all the fear-mongering, witchcraft talk and discussions about whether earning a living off property speculation and not agriculture is ‘against the Kiwi way of life’, I spoke with Commercial Law Professor Julie Cassidy to find out what’s really to gain with a Capital Gains Tax, and whether we should be afraid of it.

To start, defined as simply as possible, a Capital Gains Tax is a tax that is paid on the income earned from the sale of assets. Professor Cassidy specifies that an ‘asset’ can be defined in many ways in commercial law, however in the proposed Capital Gains Tax it is defined as Property. Property is Land, Shares, Investment Properties and Business Assets. New Zealand is currently the only OECD country to not have a comprehensive Capital Gains Tax, which in comparison seems really ludicrous. Professor Cassidy specifies that there is already some level of ‘Capital Gains Tax’ in New Zealand; however, the proposal is simply to make it more comprehensive so that it applies to everyone, not just those who choose to be honest on when it applies to them.

So what would the proposed Capital Gains Tax mean? If you purchased a house to live in, and then decided to move several years later, then all chill, you won’t be taxed on the money you made on the housing market. If you decide however to forego University and make your money by buying and selling houses, the income you make from those sales would now be taxed. This is because you have earned income, not through wages or salary, but through sales of property in this instance. Currently, if you make your living based on property, your income is not taxed, even though you’ve earned the same as someone doing manual labour or hospitality work. You’ve chosen another path to earning income, and that too will be taxed with the new Capital Gains Tax.

Professor Cassidy is clear that this tax is not designed to raise revenue for the Government. It is not a tax on all assets and it is designed primarily to create equity amongst income earners. To quote the Canadian Report that suggested the implementation of a Capital Gains Tax in Canada, “a buck is a buck is a buck’”. No matter how you earn your money, it should all be taxed equally.

So why all the fuss? Why are Simon Bridges and Mike Hosking getting so worked up? Professor Cassidy explains that to her, Kiwi values are not to own multiple properties. Kiwi values are often about equity and fairness. Research indicates that the majority of tax is paid by those in the lower income bracket, those who do not have the money to buy and sell assets. These low income earners fund the majority of revenue for the government. Those who are wealthy pay tax too, they simply make their money by other means, such as the buying and selling of assets or by avoiding tax where possible. Capital Gains Tax is ultimately designed to affect those who are selling assets and are wealthy.

I ask Professor Cassidy if Capital Gains Tax could affect University Students. Professor Cassidy states that the family home is exempt from Capital Gains Tax for New Zealand Citizens and Permanent Residents, and so would not likely affect New Zealand students. However, if you are an international student, and your family purchase a home for you to live in while you study, and then sell it after you finish your studies, they will have to pay capital gains tax as they are international citizens. Otherwise, no. University Students do not generally have the income to buy and sell property or assets. ‘Unless you’ve got a share portfolio, you won’t be affected’. Cars, Technology and all personal items universities own are not taxed upon being sold and these are the assets that University Students most currently have.

Ultimately, Professor Cassidy is a fan of the Capital Gains Tax. The Tax brings about an equity to our tax system and is designed to make all income taxed the same. Tax is viewed often as a negative thing, something that takes away money from individuals. However, all things cost money: roads, schools, universities, parks and student loans. Tax provides the ability for infrastructure and education, and everyone contributing fairly to these systems provides the ability for all to have access to these things. Despite all the media slander, falsities and emotions about new taxes, there is a root cause as to why tax is being proposed; you simply need to read elsewhere than a Mike Hosking column.

Summarizing the stances on CGT

Labour is a strong proponent for the capital gains tax, and is keen on cutting out the incentive for investment in the housing market.

Prime Minister Jacinda Ardern insists to media “the effects on [small businesses and farming] will be top of my mind when assessing options” at a post-cabinet conference press release.

Ardern insists that no decision has been made on implementing the CGT yet, stating that nothing has been ruled in or out.

Despite an unfavourable reception to the capital gains tax, Ardern has affirmed her belief that the majority of New Zealanders will be better off with such tax; “[New Zealanders] could receive income tax cuts or a boost to their KiwiSavers”.

The tax working group is planning on implementing a Maori Iwi tax exemption for the CGT, as iwi hold forestry and commercial property assets which could be impacted by the tax. Labour and the TWG are in ongoing consultation.

National Party is staunchly against a Capital Gains Tax. National Party leader Simon Bridges has called it an “assault on the Kiwi way of life”, while Finance spokesperson Amy Adams says that the tax will just make landlords raise their rents.

Judith Collins has said that the process has been barely consulted with the public and stakeholders to make it an effective policy. Without consulting those that will be affected, the unintended consequence could be dire for already vulnerable New Zealanders.

National Party is also concerned about how local small businesses will be affected by the tax, but not other sizeable assets held by wealthy New Zealanders.

An important note to consider is that three-quarters of National Party MP’s own multiple properties or have interests in properties through trusts. For example, Amy Adams has interests in eight properties with at least four of them residential. The party that is opposing it so strongly collectively have the most to lose of any party should the tax go ahead.