Feature: Are We Culturally Trained? Sexism in the Workplace 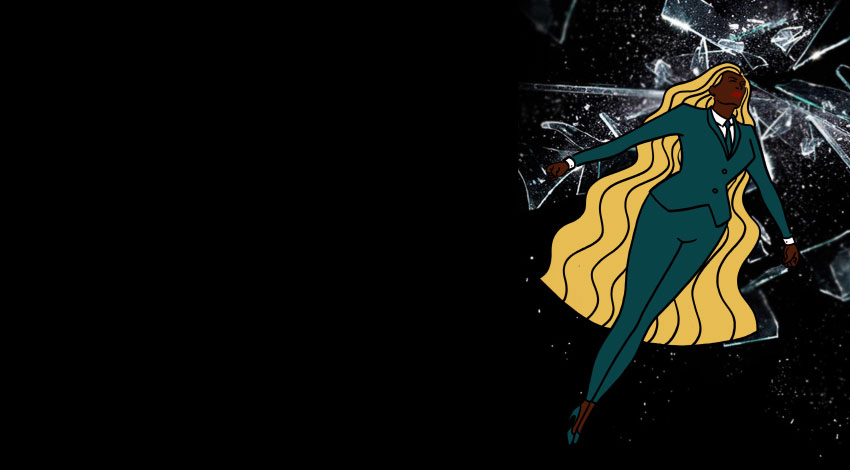 Recently, the New Zealand Herald released two articles within the same week, both examples of the strong existence of gendered workplaces that still exist in New Zealand. The first concerns a comment made by rugby legend Graham Lowe describing politician Jacinda Ardern as “a pretty little thing” and the second an Italian forklift driver who greeted his female manager with “hi darling” and then claimed he was subsequently fired for his comment. Can we imagine either of these comments being made to a male employee? Culturally taught ideas concerning women and femininities continue to impact women’s experiences in the workplace. Italian forklift driver Luca Cicioni claimed his greeting was just a case of cultural differences and that “she just needed to tell me it’s rude”. Both of these cases are examples of gender-based discrimination that continues to affect the status of women at work, and their access to executive positions.

From a young age we are culturally and socially trained to conform to gender stereotypes and perform gendered behaviours. These expectations continue to operate in the workplace, causing gender discrimination towards women. Over 30,000 charges of workplace discrimination, reported in 2012 by the United States Equal Employment Opportunity Commissions, were the result of gender issues. Due to socially taught gender norms, many more gender-based workplace incidents go unreported. Even though the law across much of the Western world bans gender-based discrimination, it remains a prominent problem for working women. Current research continues to show that although much progress has been made, workplace discrimination remains a barrier to achieving gender equality. Bell, McLaughlin and Sequeira in their research describe three forms of sex discrimination that women are faced with today, including overt, sexual harassment and the glass ceiling. Overt discrimination occurs when gender is the basis for employment decisions, and as a result many jobs remain gender-segregated. One example is nursing, which is characterised by low pay and status. Women are constantly confronted with pressure to conform to gender scripts when entering the workforce, which continues to promote sex discrimination.

Gender discrimination is overlooked as a prominent issue today. Why is it that Jacinda Ardern is treated differently to male politicians? So long as the focus remains on her beauty rather than her capabilities, inequality will continue to dominate the workplace. The differentiation between genders is based on irrelevant features which are the basis for workplace decisions around selection, promotion and training. Token progress, another issue facing women today, hides the fact that only a minority of women have been able to advance to executive positions. Token progress is used as a tool to say ‘look how much progress we have made!’ when the reality is only 15 percent of all corporate office positions are occupied by women in United States companies. Token positions perpetuate inequality as some organisations promote the false image of equal opportunity, when really they are trying to present themselves as unprejudiced. From a social identity theory perspective, these false notions of equality have a huge impact on progress towards gender equality and providing equal opportunities for women.

Is it impossible to break through? The glass ceiling is a real concept facing working women today. It operates as a subtle and invisible barricade preventing women from advancing to top management positions. There are four key elements of the glass ceiling, including that it must lead to inequality based solely on gender. The next key elements are that the inequalities experienced must increase the higher the position reached within an organisation, while the glass ceiling also works to decrease the probability of reaching executive positions. Finally, unequal practices must become more impactful over time. How is it possible that the number of women in the highest levels of management across industrial nations currently sits at around six percent? The fact that women face direct attacks as they climb towards the glass ceiling provides some explanation. The concept of gender microaggressions offers a helpful lens for viewing the attacks experienced by women. Gender microaggressions refer to the intentional or unintentional actions or behaviours that exclude, demean, insult, oppress, or otherwise express hostility or indifference toward women. Women face indirect displays of sexism that continue to become more covert as they progress higher in their career. Women face gendered attacks as they reach towards the invisible glass barrier, blocking their access to career advancement.

Notions of femininity and masculinity shape workplace interactions and affect the forms of gender discrimination experienced by women. Common characteristics associated with femininity include women being empathetic, sensitive and less determined. These traits linked to femininity and assigned to women, lead to restricted chances of career success. Employers are inclined to view masculine traits as most desirable when selecting applicants for leadership roles. Organisational structures also play a role in gender discrimination, as they reinforce men’s power in the workplace. Bobbitt-Zeher researched 219 reported cases of sex discrimination investigated by the Ohio Civil Rights Commission. One witness claimed the companies’ vice president had cautioned them about promoting women, and “he expressed the concern to me that younger women are going to have their minds on their family and their children rather than on the business”. Embedded notions concerning femininities continue to prevent women from being taken seriously in their professional careers, as employers unconsciously and consciously value masculine traits in leadership.

So how can we really tell if male privilege exists in the workplace? Kristen Schilt’s research, detailing the experiences of two groups of female-to-male transgender men, provides an outsider-within perspective of observing men’s advantage in the workplace. Respondents experienced a drastic change in how their human capital was viewed at work after transitioning, as many received increased authority. Schilt argues that as female-to-male transgender men become men in the workplace, they experience increased prestige, demonstrating how gender discrimination is preserved through the workplace. Many respondents commented on how they could see their increased power came at the expense of female workers. For example, Henry noted “I am right a lot more now,” explaining how people tended not to listen to his ideas before transitioning. Many respondents experienced being overlooked and seen as unskilled when working as women, however as they transitioned they gained greater respect.

Women continue to be inadequately represented particularly in managerial and executive positions. Although women make up almost 50 percent of the United States workforce, only around 5 percent of women have reached executive positions. A common misconception is that women occupying executive positions are discrimination-free. However, as executive women are far outnumbered by executive men, they are exposed to more frequent harassment. Commonly, these women will experience “contra-power” harassment, as men in lower positions discriminate against women in higher positions.  This type of harassment shows the impact of gender stereotypes, as men lower in the organisational hierarchy feel threatened by their loss of power and control. Discriminatory treatment is common when female managers exceed expectations, as this is often explained by variable factors, rather than their personal skills. Although there is no reason women should be prevented from reaching executive positions, discriminatory practices prevent many women from reaching those positions.

Women in the workplace face frequent discrimination, embedded in gender stereotypes and organisational structures. The example in the New Zealand Herald article, where a female manager was approached with “hi darling”, is just one example of the many types of sex discrimination women face. Jacinda Ardern being admired for her beauty rather than her ideas is another key example of what we value as feminine compared to what we value as masculine. Socially taught ideas concerning appropriate gender behaviour continue to dominate the workplace and prevent women from reaching career equality.