Do We Foster a Culture of Success?

It might be the most commonly heard phrase in university life. From laughing off poor test results to dismissing coursework, we’ve all heard it at least once. But what does this offhand joke actually mean? And is there more than meets the eye? What does this say about our university’s attitude towards success?

Within my friend group, we use it as a way to brush off poor results and focus on the positives. After all, a lacklustre grade will still pass, and regardless of test scores, everyone accepts the same diploma at graduation. Internally though, I cringe at this idea. We might all receive the same piece of paper, but do we really get the same outcome? Or do higher grades correlate with more learning and skills to take into the real world?

People around campus fell into two distinct categories about its meaning. Some felt it helped alleviate anxiety, while others thought it encouraged mediocrity.

“Mood”, was Elijah’s* immediate response to the phrase. A Marine Biology undergraduate, Elijah is finishing his degree this semester with a C average GPA. For him, it’s completely understandable to de-prioritise university grades. Life often slaps us with unforeseen circumstances. A project with barely enough quality to pass is still a pass, and “any effort you put in is better than no effort”. Personally, he doesn’t measure success by high university grades. He just hopes to finish with a degree, and then take the next step in life from there.

Like Elijah, Alex* began university with similar grades, and they believe that the phrase helped them finish their Arts undergraduate degree. In first year, they struggled to pass and were sliding by on C grades. Knowing that they didn’t need the top grades to succeed, they were motivated to continue past the first semester. “Three years on, I typically get B’s and sometimes even A’s because I now focus on producing the best work I can, rather than the best work in the course”.

For some students, the phrase helped their university experience by removing pressure and letting them flourish in their own way. After all, the benefits of university can be more than just a grade. But despite the positive effect that this attitude may have on some people, others believe the phrase is part of a larger university environment that fosters mediocrity.

Noah*, a Chemistry graduate, feels the idea encourages apathy towards subjects, courses, and the degree itself. “It’s a bit like getting a degree for the sake of getting a degree, rather than actually going somewhere with it”, he explains. A low-quality report isn’t just a lack of effort, but a lack of understanding. “If you get 60% overall in a course, that means you don’t understand 40%, or almost half, of the course material”. In his view, the phrase helps people let go of the internal pressure surrounding their grades, but it also encourages a lack of motivation to do well.

Mia* and Nadia* are two Arts undergraduates who both hate the concept as a whole. “It’s a terrible outlook on life”, Mia explains. “What’s the point of putting money and time into optional education if you aren’t even motivated to care about your learning?” Nadia believes that students shouldn’t feel pressured to complete a degree they don’t want. Those not actually interested in their degrees may do better heading straight into the workforce, or applying for an apprenticeship so they can learn hands-on knowledge they’ll want to use. “There’s no point going to university as a novelty”.

But whether used as motivation, relief, or inner mentality, the concept of “C’s get degrees” marks a darker Kiwi tradition.

Academic studies suggest that Kiwi dismissal of success and degeneration towards high-achievers is a longstanding element of our culture. Tall poppy syndrome can be imagined by the metaphor its name contains. When a flower grows too tall, cutting it down evens out the field. Even something as small as answering too many questions can cause backlash. Lucas*, a high-achieving Arts undergraduate, says that “friends in tutorials will try and actively discourage me from answering lots of questions in tutorials so I don’t ‘come off like a dick’” even if “the tutorial is in dead silence”. In university, we have the tendency to scrutinise and discredit those who are trying too hard.

In New Zealand, we value the idea that everyone is equal. This concept is called egalitarianism. We were the first country in the world to give women the vote and our minimum wage is much higher than the global average. Tall poppy syndrome is a negative symptom stemming from this idea of equality. When we display excellence or superiority, resentment can foster in others, so people may feel pressured to withhold their own success.

Our own students’ experiences are obvious examples of this issue. Rawiri* feels that many students she’s encountered tend to snub high achievers through general mockery or labels. “Auckland does tend to attract a lot of high achievers and people tend to bring us down by labelling us JAFAs”.

Noah*, a high-achieving Arts student, says “I feel like if I did share my grades, people would judge me for it”. Russell*, a fourth-year Engineering student, feels that while his classmates encourage everyone to do reasonably well so as to keep up morale, no one is interested in him achieving high grades. “It’s best I don’t say what my results are, because then people feel bad about their results”. To keep others happy, Russell feels he must stay quiet about his high GPA.

“I told one of my classmates about my high GPA during my first year”, says Russell. “Now, when I told her that I was struggling in a class she mocked me, she asked what, I was going to get an A- or something? It’s this idea that because I get high grades, I should know everything, and I can’t ever struggle. It hinders me because I can’t get help from my peers”.

Like many internalised parts of our society, Tall poppy syndrome also subconsciously affects how we think. For example, many of the participants who agreed to discuss this topic brought up humility as a defence against tall poppy syndrome.

“People shouldn’t brag about their grades”, says Hui-Ying*. “Like….nobody cares”. Another student expressed that, “you don’t actively broadcast your achievements to everyone as it’s not considered polite”.

Modesty and humility are not bad attributes. They keep our ego at bay and promote fairness. But, this culturally sanctioned self-censorship can make students feel ashamed to share their success.

So, do we foster a culture of success?

* Names have been changed to give anonymity 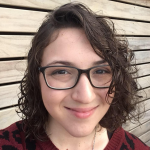