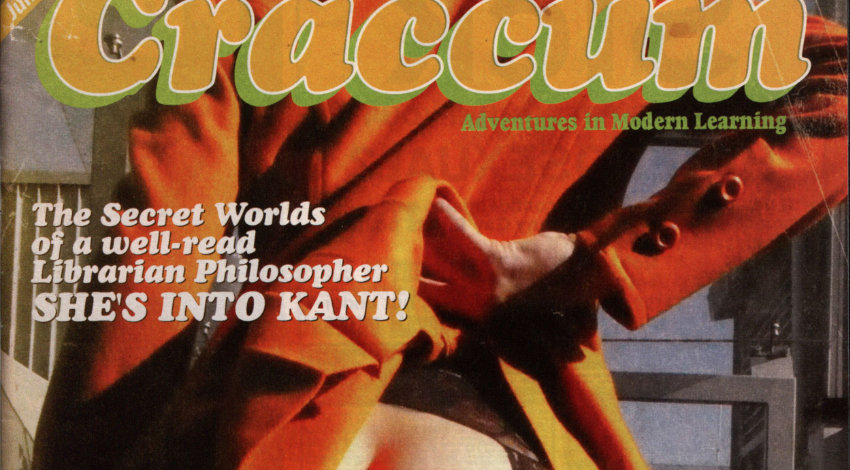 It was 10 years ago today that Craccum made a very bad play. It was very much out of style, but it still raised many a smile. So may I introduce to you, after all these years, the Craccum that got censored. (With apologies to the Beatles)

Whenever I make one of my infrequent visits to the Craccum offices these days, I’m reminded that I’m old. All the people working there were still in school back when I first encountered Craccum and fell in love with the jokes, the anarchic humour and general irreverence that the magazine displayed back then. None in the office know what I’m talking about when I mention Steven Bier, the man who introduced me to the pleasures of drinking through his column in Craccum. None recall the Bad Movie Billboard that used to stand on Symonds Street and was a staple of Craccum’s film reviews. And none remember that time in 2009, when Craccum did something it has never done since. The time Craccum crossed the line. Though showing them was certainly a great joy, just to see the Editor’s face as she looked at what her counterparts did 10 years ago.

We need to go back, way back to June 2009. John Key’s silly grin was still considered endearing as he coasted through his first term as Prime Minister. Everything President Obama touched seemed to turn to gold, and he was about to win the Nobel Peace Prize for doing absolutely nothing but merely existing as a symbol of hope. And, strange though it may seem now, Craccum was the hottest shit on campus. As a wide-eyed first year trying to navigate the strange new world of University life, opening that first issue was to me a glimpse at something truly special. Anarchic humour that was both informative and side-splittingly funny, letters to the editor that ranged from people trying to get that cute girl in Economics 103 to notice them to endless gripes about student life and demanding Craccum print more dirty jokes and smut. Colourful both in personality as well as in print, Craccum was the only ray of light on a Monday morning and myself and many others eagerly awaited when huge stacks of that week’s copy of Craccum would be delivered to the big red boxes dotted across campus so we could snag our own copy. Matt and Val, the editors of Craccum in that first year were my first heroes on Campus and inspired my early attempts at writing.

For the final issue of semester one, Matt and Val decided to do something racy. Under the guise of uncovering a forgotten issue of Craccum from 1979, they printed an issue full of the raciest, riskiest material imaginable. Abortion jokes were the least of it. But what truly caught the attention was what was in the middle of the magazine. The many people who’d requested Craccum print more smut were about to get their answer.

When I showed the current editor that issue, her shock was palpable. How could Craccum get away with printing such things? Truth is, they didn’t. I wasn’t there to see the fallout firsthand, but from unreliable secondhand accounts, fire and brimstone was rained down upon Craccum.

The comment that stuck out to me most in the next issue was someone complaining that the vagina shown by Craccum was shaven, while actual 1970s vagina had ‘more Bush than the US Presidency’, a comment which made me burst out laughing in the middle of German 101 to my own embarrassment. But there were deeper things going on of which I was largely ignorant. The next issue was an apology issue, where Matt and Val tried to make up for violating the charter. And yet their move did nothing to dent Craccum’s popularity, which would only continue for the next two years as Dan Sloan and then the Billy-T Award winning comedian Rhys Matthewson and his less-famous friend Spencer Dowson both took up the Editor’s office. Craccum continued to be popular and entertaining to the student body.

While I avidly read Craccum during my undergrad years, I never felt comfortable enough to actually try and join the writing team until postgrad in 2012. Hindsight is a right bitch when she wants to be, and 2012 was a terrible year to get involved. 2012 was the year that Thomas Dykes took over the editor’s office, and filled with righteous fury, he set out to use Craccum’s popularity as a tool to bring about the student revolution. Within the first three issues, he had published a guide on how to occupy buildings in Campus, excerpts from radical leftist works and long responses to angry letters to the editor that filled entire pages with red text. In the midst of all this, I tried to write a silly and irreverent column about my daily struggles with terminal autism like the ones I had been reading for years, but I always felt like I was the odd man out, writing about the sperg life while Craccum preached revolution.

The readership, once so lively, dropped like a stone, until there was a public attempt to have Dykes removed from the editorship. It failed, and he would continue to helm the magazine for the rest of that year, dialling back on the rhetoric while he was at it. But the damage had already been done.  The world might not have ended that year (though with what’s happened since, maybe it should have), however it certainly was the end of an era for Craccum. Since 2012 Craccum has been on an inexorable decline. While there have been many good editors since who I have been privileged to work with, none of them could bring Craccum back to the glory days of 2009-2011. Even the recent changeover in format has thus far failed to restore the old heyday when Craccum was a thing that students actually cared about.

Craccum today is a rather dour thing. Gone is the humour and the colour that used to make it such a joy to read. Issues of Craccum these days are full of wordy articles on serious subjects. Certainly, that is a thing Craccum has always done, but they seem to dominate in a way they never used to with nothing to alleviate the grim feeling that reading about such heady issues tend to do. I tell myself that it’s just my rose-tinted glasses making the old Craccum look better, but those old issues can still make me laugh in a way the new ones do not.

The argument to be made there is that we no longer live in a time of such attitudes. 2009 feels like a world away. A decade feels like a century. Back then, no-one could have imagined the path that history would take, certainly not a history student such as myself. And that Craccum is no longer a semi-irrelevant piece of entertainment is simply a better fit to the times.

Seeing the piles of untouched Craccums in the wooden (sadly not red anymore) boxes fills me with a tinge of sadness. People just don’t read it anymore. Why is a question I have often asked myself. The current Editor’s summary is the best answer I know: that there is no reading culture anymore. Craccum has always been fuelled by the community of students it was made to appeal to. The feeling I often get is that it’s only going one way, from the staff of Craccum out to those who read it. The amount of traffic in the other direction is a shade of what it used to be.

One argument that holds some weight is that Craccum is just another casualty of the internet, and how the power of social media has killed traditional media. But Craccum has the power to speak to students of the University of Auckland directly in a way that an internet meme page on Facebook cannot. That’s a large part in how Craccum was able to catch and hold onto its audience in the early days. It’s unique to the University of Auckland, our magazine, not Critic or Salient or any of the others. Something we can be proud off as UoA Students.

In all my nostalgic reflections, there is still hope. Craccum can recapture the spirit of those old days, rather than the letter (Anyone trying to print smut in Craccum these days would be crucified). Restoring Craccum would not be difficult. It’s all about getting people involved. So this is my plea to everyone reading this: write letters to the editor about anything from the quality of Shadow’s beer to yet more gripes about student life. Write articles. Draw art, even terrible art, and send it in to break up all the wordy articles. Alone we students can’t single-handedly save the climate, end racism or any of the big things that tend to fill the pages of this magazine. But in taking an active role to shape the magazine we read, we can ensure that Craccum, a magazine run by the students, for the students, shall not perish from the earth.