Arela Jiang rips off Voltaire and judges a (Chella) man by his questions rather than by his answers.

Let me preface. I don’t hate Chella Man. I don’t think I could without getting cancelled. But something about him just… irks me. Maybe because he’s an activist, artist, fashionista, gender-anarchist, etc. that’s riding in on the new wave of love + acceptance Instagram influencers.

But he’s a case study for a much more serious conversation we should be having.

Take this post, for example: Chella Man, wearing this gaudy af dress, complete with distorted hips and chest. The post’s outrageously performative tone starts its activism as ‘fuck you gender’ and ends as ‘fuck you gender’. The exaggerated garb is meant to be eye-catching, provocative, scroll-down “huh” scroll up, to the consumer—but that’s all there is.

It doesn’t feel authentic to me, a tran. Granted, I don’t know the guy or his dysphoria nor do I identify as genderqueer, but it makes me question: who is this display of dysphoria for? Is it for his fellow genderqueer folx who want to feel less alone in their dysphoria, or is it for alty progressives clamouring for a moral ‘North’ on their ally compasses? Let’s consider intent.

If Chella Man and other influencers like him are focused on who’s outside the community, it becomes a slippery slope. Influencer activists are creating increasingly consumable activism by combining ‘art’, HOT social debate, and a pretty face. And it’s working (for the most part). After all, art is subjective: it’s perfect for sucking it to the man because you can slap any meaning you want to it and call it political commentary. Like Chella, he’s dressed up, wrote a quirky caption, and suddenly he’s broken the gender construct with an art-shaped brick. The comments section loved it.

But you can’t argue with it as political commentary; subjectivity makes it untouchable and the meaning can be anything you do (or don’t) want it to be. Shallow message wrapped up in buzzwords? Valid. Poorly-conceptualised insta-posts demanding nothing of the audience? Valid. Social media art is perfect for influencing an audience since it appeals to emotions. But it also allows for the art and the artist to do most of the moral heavy lifting so the viewer will chuck a like and keep scrolling. It’s don’t-chew-just-swallow digestible content!

And when the artists are as sexy as Chella, Mama didn’t raise no spitter. Be honest, did you start following Chella because of the activism or because of the activist? Seriously, no judgement here. A major reason why queer insta-activists like Chella are so popular is because they’re nice to look at, and that’s not necessarily a bad thing. They’re just doing what those who have been in power have done since the birth of media: capitalise off their looks. All the more power to queer artists to turn the shallowness of social media into an asset.  After all, sex sells, and social justice is literally selling itself.

But I draw the line at this fetishisation or the very least, objectification. If its Man’s intent to use his sex appeal for educating his fans on how to be better to the queer community I find it counter-productive. It’s reductive to the message and the movement. Since the activist’s persona is wrapped so tightly to their message it limits the dialogue to a very polar battleground: our opinion (right) vs everyone else’s (wrong). The audience develops a tunnel-visioned belief focused on the art and the advocate’s preachings. And when they get taken for gospel, a wide range of beliefs and experiences that are actually lived by community members are overridden.

Queer influencers are perceived as singular, didactic narratives even if they don’t intend to be — it’s obvious just by the responses of glowing praise on many of Man’s posts and others like him. Despite being the initial gateway for the well-intentioned uneducated, the lessons on the queer community that social media activists are peddling are far from competent.

But what if some white knight (sorry, Chinese-Jewish) activists are just trying to provide adrift queers with some connection, recognition, humanity? Call me cynical, but it often feels way too cheesy to make me feel anything; in fact, often I feel myself rejecting them (you may even say, triggered by them). The very nature of social media makes their activism seem disingenuous. Where does Chella Man get off from “playing with the disconnect” from his gender dysphoria? There’s nothing fun or quirky about gender dysphoria. I’m all for celebrating gender euphoria; trans bodies are beautiful, trans women are women and trans men are men and non-binary folx are non-binary folx end scene roll credits. But this is different; what actual pretentious tomfoolery is it to compose, edit for artistic syntax, then hit post on such a statement? I doubt any gender-diverse person is enjoying “playing with the disconnect” when they get misgendered in an H&M. This isn’t the only instance. Queer social media activists are becoming so removed from the actual lived experiences of the community that it’s becoming harder to relate to them on a personal level. It’s less realness, more glamour. Queer experiences are being co-opted, minimised for the sake of edginess and creative license rather than actual shared struggle. I don’t feel seen, I feel exploited.

If at this point, none of these points are landing, well perhaps the oh so possible reason I’m at odds with you, Chella Man (and others like you by extension) is for the simplest reason: jealousy. I see him and I wish that was mine. Even pre-transition Chella Man had something I’ll never have. I’ll never be 5’10 with super masc bone structure. My family will never truly accept me. I’m short with chubby cheeks and pronounced chest and hips. I fear that I’ll never pass (even though I know that’s not supposed to be the goal). I lie awake at night anxious, knowing that coming out to my extended family in China means I would never see them again. Sometimes I’ll imagine scenarios where I pretend I’m some long-lost cousin who looks vaguely like their New Zealand niece (who hasn’t been heard from in a while, do they have WeChat?). So when you, Chella Man, pop up on the gram taunting me with your post-society, post-gender, post-performance performances, I can’t help but envy. Even your name feels like a challenge, Man, my constant insistence. You exude it so effortlessly, only to cuck yourself for the sake of a political statement.

This isn’t about hating on queer insta-activists that like to profit over a lil’ pain and privilege. They’re actually out there influencing people and acting on their motivations, rather than just writing pieces incoherent enough to not get nailed for defamation (e.g. me). 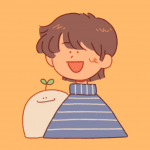