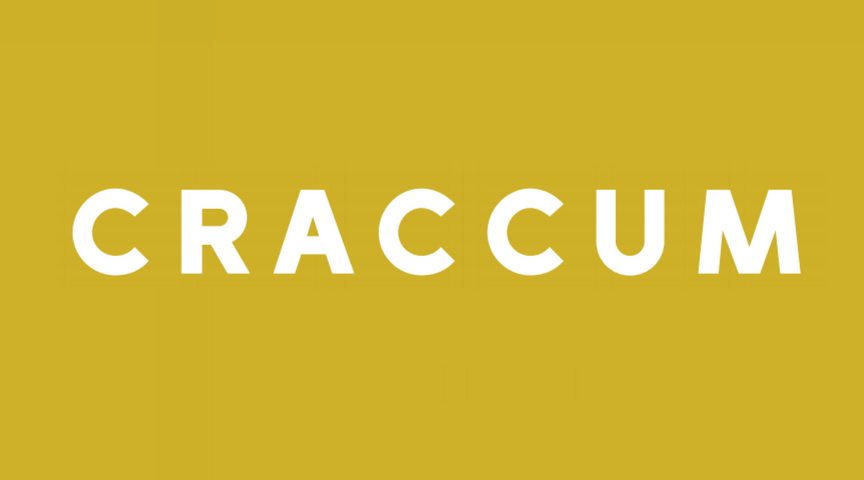 In New Zealand, performing or getting an abortion is a criminal offence except in circumstances where statutory requirements are met. Two specially appointed doctors, known as certifying consultants, must be satisfied that one of the requirements are met before an abortion can go ahead. It is also an offence, punishable by a fine, for a woman* to unlawfully procure her own miscarriage or unlawful abortion.

Leading up to the 2017 election, Prime Minister Jacinda Ardern pledged to take abortion out of the Crimes Act. She said, “there will be a majority of Parliament that think ‘actually in 2017 women shouldn’t face being criminals for accessing their own rights'”.

In line with this pledge, and signifying an intention to propose a policy shift, Justice Minister Andrew Little commissioned the Law Commission to produce a report advising what alternative approaches could be taken in New Zealand in order to align with a “health approach to abortion.” That is, an approach that treats abortion as a health issue.

The report, released in October last year, examines current abortion legislation and suggests three models which could be implemented in order to take abortion out of the Crimes Act and are in line with the goal of treating abortion as a health issue.

What is the current legislation?

Current abortion legislation is set out in the Crimes Act 1961 and the Contraception, Sterilisation, and Abortion (CSA) Act 1977.

Sections 183 and 186 of the Crimes Act state that it is an offence to procure or supply the means for procuring an abortion. The offences are punishable by up to 14 and 7 years in prison respectively.

The offences in sections 183 and 186 apply if the act is done “unlawfully”. An abortion will be unlawful unless it is covered by one of the exceptions provided in section 187A of the Crimes Act.

Section 187A states that performing an abortion, in the case of a pregnancy of not more than 20 weeks’ gestation, will be unlawful unless:

Although not grounds for a lawful abortion alone, the age of the woman and whether there is reason to believe that the pregnancy is the result of rape are two factors that can be considered when considering the first ground above.

For pregnancies of more than 20 weeks’ gestation, the abortion can only be performed lawfully if it is necessary to save the woman’s life or prevent serious permanent injury to her physical or mental health.

The CSA Act 1977 established the Abortion Supervisory Committee (ASC) and provides for general oversight of abortion services. In addition to the requirements set out in section 187A, under the CSA Act an abortion cannot be performed unless it has been authorised by two certifying consultants.

When proper practice is followed, abortion is a straightforward and safe procedure. No deaths have been recorded since current reporting began in 1977 and complications occur in only 0.4% of cases.  Abortions are safer the earlier they are performed. Early abortions are generally quicker and cheaper to perform and are likely to be less distressing for the woman.

Nearly all abortions performed in New Zealand are done so on the ground that continuing the pregnancy would result in serious danger to the mental health of the woman. In 2016 97% of all abortions were justified on the ‘mental health ground’.

Virtually all abortions performed after 20 weeks are wanted pregnancies but are terminated because of a serious risk to the woman or because of serious foetal abnormalities.

What are the problems with the current legislation?

Current legislation does not treat abortion as a health issue. Abortion care is not treated in the same way as other health care. Normally, a person does not have to comply with statutory requirements or get the approval of two consultants, who they may have never met before, to access the health care that they want and need. Then why is this the case for accessing abortion care?

Nearly all women get abortions on the mental health ground. This was not the expectation when abortion legislation was drafted over 40 years ago. When it was drafted it was expected that abortions would be rare, but over time doctors have allowed women to get abortions on the mental health ground using a broad understanding of mental health. This may seem fine to some, however Terry Bellamak, president of Abortion Law Reform Association of New Zealand (ALRANZ), explains why this is problematic. She says “abortion is the only medical procedure in which you have to lie about your mental health status in order to come within the grounds so that they can put the ticks on the form that is needed for you to go and get your abortion…you have to undergo a ritual humiliation in order to get the healthcare.” Doctor, reproductive rights advocate and author Dame Margaret Sparrow thinks that having to fit into the mental health ground is wrong. She also believes that it is wrong that women cannot make the decision for themselves, rather that it has to be made by two strangers.  The mental health ground requirement and the need for two certifying consultants does not promote or respect the autonomy of women, rather it is patronising, medically unnecessary in straightforward cases and only adds to delays in accessing services.

Accessing abortion care is time critical. To get an abortion in New Zealand you must be referred to an abortion service provider by your GP. In some areas it can take two to three weeks for a woman to just get an appointment with a doctor, who then has to refer her on to an abortion service provider. A study in 2009 found that on average it took 25 days from a woman’s first appointment with a referring doctor to when the abortion was performed. This is significantly longer than the two-week maximum delay suggested by the ASC Standards of Care. Accessing abortion care is especially difficult if you live in a rural area. There are no abortion services in the West Coast or Whanganui areas and in South Canterbury abortion is only available in cases of foetal abnormality. Some women may have to travel significant distances to access abortion care.  Multiple appointments may also mean that a woman has to take time off work, organise and pay for childcare and pay for travel costs. This is especially prohibitive for women who are poor or who face domestic violence.

Sometimes, the referring doctor will require that a woman come back for a second appointment before they will refer her on to a service provider so that she has time to think about her decision. This practice is not recommended by the ASC. It is important that women be provided with the relevant information to make an informed decision and counselling if wanted, but a mandatory wait time is not recommended. The World Health Organisation states that mandatory wait times can delay care and demean women as competent decision makers. Studies have also shown that although the decision to have an abortion is serious and significant, 95% of women who have had abortions do not regret their decision.

Under current legislation, a woman can be refused an abortion if two certifying consultants do not consider that the requirements in section 187A are met. In 2016 there were 252 cases where a certifying consultant considered an abortion was not justified. Close to 1,500 “not justified abortions” certificates have been issued in the last decade. This does not necessarily mean that the abortion was denied – a third consultant can approve the abortion – however there is no data available for denied abortions.

A doctor can refuse to arrange a referral for a woman seeking abortion care if they conscientiously object to abortion, however they are required to inform her that she is able to seek a referral elsewhere. Capital and Coast DHB told the Law Commission that there are a number of GPs in the Wellington area who refuse to refer women on to abortion service providers.

The three models suggested in the Law Commission Report

In its report the Law Commission outlines three alternative legal models that would treat abortion as a health issue. All models assume the repeal of the current grounds for abortion in the Crimes Act and the repeal of the requirement for abortions to be authorised by two certifying consultants. The models are set out below.

Health practitioners and professional bodies that the Law Commission consulted were almost unanimous in their support of Model A. These groups thought that Model A is the most consistent with treating abortion as a health issue and it treats abortion like other health services. They found it would make abortion a matter between a woman and her health practitioner which is in line with other health services. Model A also supports the idea that women should be trusted to make decisions about what is best for them and that women are in a better position to do this than a certifying consultant who may be unknown to the woman. This would prioritise women’s autonomy and acknowledge their competency to make a decision about abortion (with support if wanted). Model A would also help reduce delays allowing for abortions to occur earlier which is safer, less complex and less costly. Removing legal restrictions and destigmatising abortion would mean that more health practitioners would offer abortion care and make it more accessible. The ASC also supported Model A. Bellamak considers that Model A is the best option because it is the one that treats abortion like all other forms of health care. She says that Model B and C still discriminate against women.

Model B contains the most significant statutory restrictions of the three models. A statutory test would still have to be satisfied at all gestations, but it would no longer be in the Crimes Act. Many health practitioners said that setting out grounds in which abortions can be performed could lead to injustices. Under Model B, the final decision still rests with the doctor rather than the woman, reducing a woman’s autonomy and ignoring the fact that the woman is in the best position to say what is right for her. Model B still treats abortion as different from other health care.

According to the Law Commission Report most health practitioners did not support Model C. Most pregnancies that continue past 22 weeks’ gestation are wanted pregnancies and any abortion would be due to a severe complication. This is already a very distressing and traumatic time for a woman, it is not appropriate or necessary in the circumstances that she be required to pass a statutory test or that the decision be made by somebody else. Bellamak believes that “Model C has all the disadvantages of Model B but none of the advantages of Model A.”

The Law Commission also suggested some other changes that could be implemented to help treat abortion as a health issue. Some of the suggestions included were:

Where to from here?

The government received the report in October last year. Andrew Little has indicated that abortion reform legislation will be introduced sometime soon but has not specified when.

When asked what someone could do if they felt passionately one way or another about the models or any future suggested legislation, Bellamak said sending submissions to the select committee once the bill has been introduced was especially important. She said, “absolutely use your own words, say why you feel this way and, if you are comfortable, if you have had personal experience with abortion bureaucracy and you are comfortable talking about that it would be so important to get those stories out there. Those are what is going to persuade the committee in any particular direction…I really want to encourage people to do that if they can, if they feel they can.”