The Future of AI and the Media 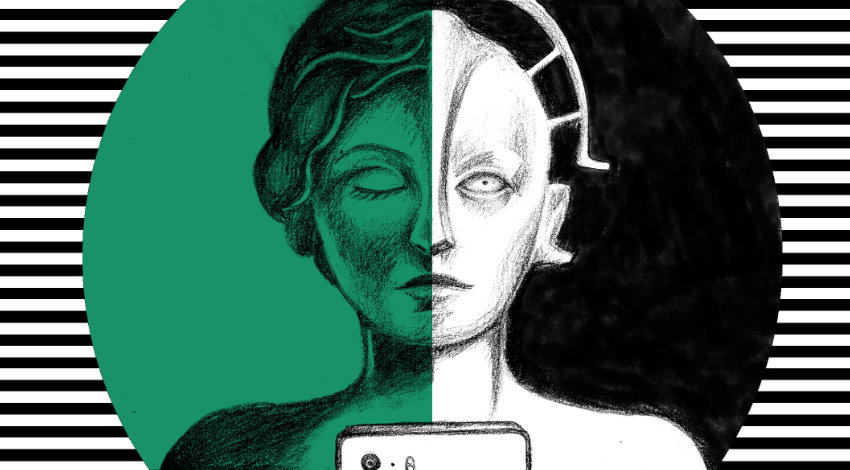 What is AI? It means artificial intelligence – the intelligence orchestrated by machine learning that mimics human cognitive functions and behaviour. So, what does this mean for humans? In Nick Bostrom’s Ted Talk about artificial intelligence, he says that there is a huge risk and impact on humanity. Apart from the fact that jobs may potentially be at a loss, it questions the existence of humans and threatens our species as a whole. He says that there is an implication of robots becoming the new “superintelligence”. AI is designed to perform tasks at a more efficient level, however – does that mean that AI will outperform humans?

AI uses large amounts of data and algorithms to operate. Algorithms are sets of instructions programmed for a computer to follow and execute itself, and they are capable to learn from the data given to them. We can already see this happening with the Tesla electric cars, with the ability to auto-pilot, park and move itself. CEO Elon Musk has announced that they operate with their own AI hardware. This is an insane outbreak, with the potential to reduce car accidents and increasing safety! (Now we just need flying cars). These vehicles have a cloud that stores data from all other vehicles and also picks up information about their driver, and then uses that information to refine their own system and performance. These Tesla cars are a high performing computer that is integrated into an automotive vehicle. One key function of AI in Teslas are their ability to map – to collect the data of a certain region it may be driven in, the time for street lights and different heights so that the vehicle can be self-aware of the surroundings. This AI algorithm means that it creates a focus on safe-driving and maintaining a safe-driving condition.

The transformation and growing ability of machine intelligence has also influenced our preferences for music, movies and entertainment. AI uses our data to generate our feed – this use of algorithm helps social media platforms to ultimately track their users, and sort our information to generate the best feed possible according to our interests. This means there may be some things that we will never see in our lives because of this algorithm! Instagram and Twitter both analyse their trending topics through the use of a hashtag and sort out their highest user engagements and tweets to formulate a personalised and relevant news feed for their audience. User experience is shaped according to what we wish to see and share – AI’s ability to monitor, gather data and execute algorithms provides us with a personalised and insightful bearing of what AI can do to us on a daily.

On a more individual level, Cambridge Analytica have proven how powerful data can really be in the contemporary political arena. Cambridge Analytica allegedly collaborated with Facebook, collecting billions of pieces of data of the users and used machine learning to radicalise and propagate Americans during the election in 2016. This was achieved through the careful targeting of incendiary material that was specific only to you – no one else would see it. This was applied to millions and millions of people that primarily get their news through Facebook, as distrust of traditional news sources continues to grow.  This is not unique to Facebook, as Twitter has also become a seemingly unwilling participant in this same kind of manipulation. As the internet slowly transforms into a hub for nine main sites, Cambridge Analytica reveals the real threat of AI – people who abuse the power and ethics of knowledge to influence an increasingly disconnected populace.

Not only are we being manipulated through our social platforms, AI builds its fundamentals on data science, which is changing the way we interact with our media. For example, the movies that we view on Netflix are entwined with a deeper viewer analysis, determining our favourite genres, actors and directors. They accurately curate the best list that is “recommended for you”. They are based on the assumptions of your viewing patterns and similar taste. However, Netflix also promote their TV shows and movie through different visuals as well. Different covers are assigned to different subscribers as a more personalised approach to test their users. Machine learning plays a part into selecting the best image that is will be tested. So not only are the movies that we watch altered and sorted to our taste, but even the movie cover is formulated. This concept was applied to Bandersnatch at the end of last year, with varying levels of audience success. It’s an interesting revival of the ‘Choose Your Own Adventure’ genre, to say the least. It warrants an entirely different piece, however, but the idea of our entertainment providers slowly gaining the ability to individualise their product makes one think about what level they’ll be able to do as time marches on – to who, and with what purpose. The reality of ‘deep fakes’, the incredibly realistic creation of images & videos that replicate either a) people that were never in the depicted scenario or b) people that never existed, gives one pause. Especially when it comes to the most pervasive and most personal form of entertainment: pornography. Pornhub itself has banned this technology from showing up on their site, but like Cambridge Analytica, it will not stop the purveyors from using said artificial intelligence through more covert means.

I think what scares me the most about artificial intelligence is that we don’t actively see these things operating and communicating to us on a daily – at times, we are often unaware that we are part of a larger data cloud, where our information is collected in whatever we choose to do, and the power that lies in these data. On some level, we have to remain unaware, in order to focus on our daily lives. It transforms our experience in those lives, with the potential barely known to us. Artificial intelligence has the capability to improve our lives for the better – it simulates the human mind and will lead to the reinvention of transportation, socialising and how we view media. However, there is a dangerous clause to this promise. Humans are able to distinguish the right from the wrong, the moral from the immoral. AI will help solve many challenges, but it is forever teetering on the precipice of misuse. As we continue to be sorted into algorithms, and be part of increasingly complex networks, AI will continue to learn and characterise itself with the data collected and improve itself as it goes on. As Nick Bostrom said, artificial intelligence may indeed be the last piece of invention that humans will ever need to create. But we must be vigilant against those who would use this creation for harm.