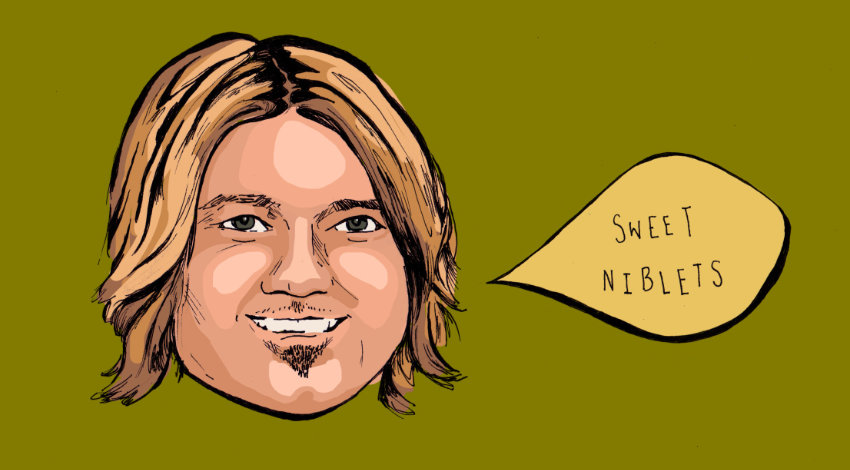 As of the time of writing, Old Town Road by Lil Nas X (Featuring Billy Ray Cyrus) – alongside its numerous remixes – has broken the record for longest running consecutive number one song on the U.S. Billboard charts with seventeen weeks at the top spot. This record was previously held by Mariah Carey and Boyz II Men with ‘One Sweet Day’ and also by ‘Despacito” by Luis Fonsi and Daddy Yankee. The song’s popularity, boosted by its’ country/hip hop/rap crossover, Lil Nas X’s phenomenal social media presence and continual renewal of the song with remixes.

Old Town Road began life as an independent release in December 2018. Having found traction on the social media app, TikTok, the song grew in popularity, leading to Columbia Records signing Lil Nas X and taking charge of distribution of the song. The song, based around a Nine Inch Nails sample (notably the second song of 2019 to sample a Nine Inch Nails Song, looking at you ‘On a Roll’ by Ashley O/Miley Cyrus) is pretty simplistic, with Lil Nas X taking his horses down to the old town road, riding till he simply can’t no more.  Lil Nas X has said that the song has a deeper meaning for him – that the ‘old town road’ is a symbol of success, something he chased following his decision to drop out of college to pursue a music career. Lil Nas X bought the beat for “Old Town Road” from Dutch record producer YoungKioo from an online store selling beats. He paid $30 for this beat.

The song entered the charts in March 2019, simultaneously charting on the Hot 100, Hot Country Songs and the Hot R&B/Hip-Hop Songs charts. However, Billboard removed Old Town Road following a review and decision that the song did not embrace ‘enough elements of today’s country music’. This decision was widely controversial – the song was about to reach the number one position and the removal of a modern country song by a young African-American artist did not seem to be a fair decision. This removal mirrored previous decisions that appeared racially biased – in 2016, Daddy Lessons, a country influenced song by Beyoncè failed to be considered as a country song by the Recording Academy. Rolling stone writer Elias Light further compared these decisions to the influence that Rock music had on the rapper Juice Wrld, who’s 2019 album Death Race for Love did not chart on any rock music charts. Lil Nas X’s influence however on challenging the classification and traditions of country music has already had an effect. The Git Up by Blanco Brown – an African American artist – is now number one on the Hot Country Songs chart.

Whilst Lil Nas X’s success is born out of meme and social media culture, Old Town Road arguably traverses these spaces. In December 2018, Lil Nas X tweeted at Billy Ray Cyrus that he wanted Billy Ray on a remix of the song. Billy Ray tweeted his support when the song came to his attention and in response to the decision to remove Old Town Road from the country charts, Billy Ray and Lil Nas X recorded a remix of Old Town Road which has now become the version that has shot to and remained at the number one spot on the Billboard Hot 100. This success arguably emerging from the nostalgia that older listeners feel for Achy Breaky Heart and the nostalgia that younger listeners feel having grown up with Billy Ray in “Hannah Montana” and the continual success and attention on his daughter –  Miley Cyrus – as a celebrity since Hannah Montana aired in 2006.

Billboard for its’ official counts does include remixes into its consideration of the top song spot. Other remixes of Old Town Road include a Diplo remix, a Young Thug and Mason Ramsey (Walmart Yodel Kid) remix and now a remix featuring RM of the K-pop boyband BTS. These remixes continue the growth of Old Town Road whilst renewing the song for a different audience and continuing the social media buzz and airplay that has fueled the success of the song. Remix culture is contentious. Madeleine Crutchley in her columns in Craccum this semester has suggested that remix culture does not fuel original creative endeavours and leads to a commercial profit being placed over artistic integrity – see Cats, The Lion King, Aladdin and any other live action Disney remake that is happening currently -. Remix culture however does allow for a new interaction and angle for the work to be considered. As such, Old Town Road’s structure is so easily accessible that the addition and removal of sections does not make the song feel incomplete as other remixed songs feel – for evidence of this search around Spotify, many rap artists have featured on pop song remixes and felt completely out of place.

Old Town Road, love it or hate it, has moved the barriers of remix culture and pop music, Old Town Road’s feat at the top of the Billboard Charts may continue for several weeks, although Lil Nas X has said the latest remix may be the last, rumours swirl of further collaborations that pose potential to add value to the song, something that Lil Nas X would definitely consider capitalizing on.I leave you now with several remixes I anticipate will emerge as Lil Nas X continues his stay at the top

Lil Nas X teams up with Mariah Carey to dominate the billboard charts. Mariah sneaks into the beginning with her signature whistle tone vocals before Billy Ray steps in for the verse and takes it away. Mariah continues to hit the high notes at various intervals during the song, when played over headphones it’s piercingly high. Dogs bark in the distance, disturbed by the noise.

Every remix is combined so the song begins with a verse from each remix, the credits for the song go on. The song lasts 8 minutes. it’s still a number one.

An Ode to Neil Diamond’s Caroline, the remix appears at the end of the hype surrounding Old Town Road. Baby boomers go mad, they shuffle to the song at every 21st and 50th across town. They reach out, touching you, touching me, touching the old town road.

Featuring the dulcet tones of Stevie Wonder, this remix features the beginning of ‘Superstition’ before Billy Ray takes it away in a soulful rendition. The trap beats replaced by a soulful saxophone.

The song is put through the SOPHIE treatment; the six sound effects that PC Music has access to are flooded on and the beats are changed to a harpsichord, it sounds angelic and fucking ridiculous.

Every remix plays over the top of each other, an echo of Lil Nas X’s scream at you for the chorus, the harmony is lacking, it turns the world into chaos, cars crash and buildings are on fire. This is Lil Nas X’s world now.