Breaking down the fast fashion industry and TikTok

The world of fashion is notable for its increasing speed and dropping prices: I mean, three pairs of jeans for $70? We’re looking at you House of G! The fast fashion industry fuels the trend cycle, leading to newer pieces circulating on various social media apps which, in turn, pushes consumers to increase the speed at which they consume. TikTok has users running marathons to try and keep up with the industry. Can we have some water?

The monetary value of the fast fashion industry is impossible to overestimate. Globally, the industry is worth 3 trillion dollars. The dominance of viral Instagram outfit pictures or TikTok outfit videos illustrates this power. The core processes at the heart of the industry are personified by brands such as SHEIN and Shekou Women. These brands push out clothing so quickly, with no regard for the traditional seasonal structure, that they create ‘micro-trends’. This term refers to trends that are in the fashion limelight for approximately 2 weeks, before they’re being cast back into the shadows of someone’s wardrobe (like, that scarf-top trend from last year… cheugy as). It’s a cheap, easy way for companies to make revenue without particularly caring about the quality with which they’re making their clothes: they’ll only be worn a handful of times.

In the last few months, Shekou Woman came under fire for allegedly providing insufficient information to consumers about their clothes. There was severe backlash from influencers all throughout Aotearoa. One user in particular, Daniella Andréa, @daniellaandreaf, explained her impression of Shekou as unsatisfactory, citing an alleged lack of effective communication between Shekou and consumers. Daniella described the marked similarity between AliExpress designs and Shekou’s designs, alleging that Shekou was ripping smaller, less well-known designers off. It’s easy to understand why they’d do this — the unsustainable business model leads brands such as Shekou to constantly produce items that differ enough from their last batch. They’re not attempting to attract customers through quality or craftsmanship. They’re producing new pieces quickly, driving trend cycles by cutting corners, because it’s the easiest, most profitable option.

In the last couple of years, we’ve all seen a massive increase in the popularity of TikTok. The fast-paced and snappy video format allows for users to get a whole heap of content all at once, with minimal searching effort. It’s pretty easy to see why this would be an awesome advertising opportunity for small startups and fast-fashion retailers. Around 66% of TikTok’s users are under the age of 30, meaning that a lot of them will be buying fast fashion pretty regularly. This is a goldmine for brands like SHEIN, as they know that the majority of their customer base will be using TikTok and other apps like it. From here, they’re going to use data collected from the user to target their ads at a specific type of person (think of, for example, a uni student trawling through Pinterest on a budget). Immediately they’ve got heaps of new sales.

There’s inherent classism and time privilege that comes with being about to sort through racks of vintage jeans to find the ‘perfect’ fit. It’s often done by those who can afford to spend the time going through 4+ op shops in a day, who don’t have kids, a full-time job, and those who have the money to buy whatever they see and want. The increased demand is going to drive up prices, as op shops struggle to keep the consumer happy. The people in lower socioeconomic zones are, again, going to be hard-done-by trying to find something they can afford, that’ll last them more than one season (especially as those op shops become full of crap fast fashion pieces). In Tāmaki Makaurau, especially, there’s a string of op shops that have been impacted by this phenomenon (mostly on our beloved Karangahape Road). I’m not innocent; I remember going on day trips over the bridge to go thrifting — we’ve all done it. I bought size 18 jumpers for my size 12 frame when I was 16, before I realised the impact.

In Tāmaki Makaurau, we’re beginning to see the impacts of this gentrification. There has been significant hikes up in op shop pricing, with some tees beginning to go for more than they’d cost originally. Thrift flipping is also popular, and partly to blame for this. Thrift flipping is when someone buys up a whole lot of clothing they find in op-shops, and crops or changes them to make the pieces fit whatever the trend of the day is. There’s a market for sustainable fashion, but it’s a question of how much consumers are willing to pay for the end products.

We can all agree that fast fashion isn’t ideal, but it’s worth noting that sometimes convenience wins over sustainability for the consumer. Time is tight and budgets are even tighter (we’re floundering in week six exams now). If fast fashion is the cheapest, most readily available option, consumers with no better options are not in a position to choose other modes of consumption. Those massive companies are the ones in control. However, if those with the option to avoid fast fashion do, or governments step into regulate the industry, we might start to see a change. Perhaps, if you can afford to spend $800 on SHEIN, you should be looking into other places you can put your money (and stop promoting it on TikTok), while rallying for change from law-makers. Think about how many pairs of hands went into making that pair of jeans you really want… paying the extra doesn’t seem like too much of a stretch. You’ll probably wear them for longer, too. 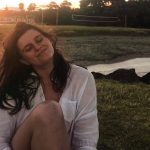 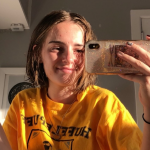