From ELAM to LA: An Interview with Chelsea Jade

In the midst of her Aotearoa homecoming, Chelsea Jade digs into her time at university, her songwriting process and growing affection for Zoom.

You’re a former student of the University of Auckland, and you attended the Elam School of Fine Arts for a few years before pursuing your music career. Was it a case of knowing that you wanted to be creative, but realising that you wanted your art practice to manifest through music?

Yeah, that’s exactly right. I felt like I went to art school to learn to think laterally. That’s pretty vague, but I think it’s a strong reason to be in higher education. The ambition was pretty amorphous. When the opportunity to apply creative impulse through music came along, it started to mesh with my academia and I thought, well, music is the perfect way to apply what I’m learning. And when I weighed the two up, it felt as if, in that moment, I could pursue a version of lateral thinking highly applicable to my amorphous ambition. Does that make sense?

I think that there was also a capacity issue. I didn’t have the capacity to produce the world that art school demanded at the same time as the world that I wanted to bring with music. I guess I had delineated the two halves pretty heavily.

If I were to go back to university now – which is something I think about all the time, because I didn’t finish – I would have more of an understanding about how those two things could work in tandem. It’s the same case with a lot of people: you’ve just finished a form of higher education with high school. When you’re a creative person, you need to fill up your cup again. It can be abrasive to return to a learning environment like that. At the time, my brain was like, ‘I can’t tell the difference and I need to figure something out on my own.’ If I went back now, it’d be more like, ‘Oh wow, there are so many incredible people to talk to here and so many amazing resources.’

Since art is something you’re interested in, how does art inform your musical work?

I can’t really tell the difference between my taste in music and my taste in art. It’s all the same world to me. I like that experience of it. It means that I feel quite taken with things on the same level of curiosity in all mediums. I’ve recently been re-watching old Solange performances, as well as David Byrne’s show American Utopia, which I went to and thought was just the perfect crossover of elegance and joy. Solange has the same experience in her performance. To me, that’s the ultimate art: elegant joy.

…and it can be found in any art form. That’s a great phrase!

What is your process when it comes to song-writing? Do you go into the studio with words and themes already on the table, or go in blind, letting sounds and words organically bubble up?

It’s a combination of everything, but what exists as a constant hum is taking on phrases. I always write down phrases I like without adding context, so that when I revisit them it’s from a fresh perspective. My friend once told me a story and she said, ‘I’m sorry, I’ve probably told that story to you a million times.’ I told her that I actually love hearing that story- or any story- over and over again. Each time, I’m at a different point in my own perspective and so I take it on differently. Each time, you tell it differently. I feel the same way about recording little snippets of thought. It’s nice to be able to have an esoteric time capsule of your history, each phrase existing in its own world, without any connection to the linear day-to-day.

Right? I do the same with writing down phrases that I think could become lyrics or that crystallises a scene or feeling in time, even if I won’t remember what it referred to.

Exactly. And then you can incorporate them into however you’re feeling on the day that you start making a song. The thing I most doubted with music making was just the lyrics. It’s what I keep very insular. I hoard that to myself.

But then again, no one is an island. To make those phrases come to life in a new way, I usually find someone to work on a loop. I’ll take it away and expand on the idea myself. It’s an amalgamation of two people’s interpretations, which makes the idea richer. It’s like when you have a conversation with a friend.

At the end, when something is pretty close to being finished, I take it to somebody else with no connection to the process so they can hear it for what it really is, as opposed to what I think it is.

A lot of your music videos are very Auckland. You’ve filmed in the Waterview Tunnel and Silo Park. How has the place you’ve grown up in made an imprint on your work?

I’ve never thought of my music videos as being a geographical record of Auckland, but you’re right, they definitely are. Part of it is the admin side. Since I’m a DIY solo artist, I have to find financial backing to do these ideas and NZ On Air has come to the table quite often. I like to put the money back into the place that gave me the money. I like to retain my sense of community here. Funny, I also try to eliminate identifying features of places as much as possible, so that they could be anywhere. In part that’s just a minimalism thing.

I noticed. Even though you filmed in the Waterview Tunnel, you wouldn’t know that it was that specific tunnel unless you’re already familiar. It’s almost as if these spaces become fantasy worlds through their contextual remove. Or an aside for those in the know.

That’s exactly what it is. You’ve nailed it. It’s trying to take away context. But I like to think that it’s still as tactile as the world you know. It’s not like outer space or another world altogether. It’s a world you know but you don’t know.

This past year has been turbulent for the music industry. How has the pandemic affected your creative and collaborative processes?

When I first moved to LA, I did a lot of session-writing. This basically meant that I was hopping from different producers’ studios five days a week, writing for people that I’d never met before. In a studio setting, the songwriter usually sits behind the producer. There are two different spaces; you are looking at someone’s back. There’s a dynamic happening.

But now, there’s a lot more intention because it’s a different concentration. I’ve found a really lovely change has been doing remote sessions in real-time without needing to send stems. There’s a plugin that you can put into your digital audio workspace where everyone can hear the same thing but you’re working together on Zoom. It’s way more equalising and everyone’s ideas are on the same level playing field. It feels more interpersonal, actually.

How has returning home been after spending time away?

I definitely felt a sense of euphoria in the first couple of days of being back amongst people. Of course, with euphoria comes the opposite feeling. It’s been an emotional rollercoaster, but not anything unmanageable. As horrific as the pandemic has been for a lot of people, the truth is that I feel that I’ve learned a lot of lessons. Many people haven’t been able to reflect on, or within, this time.

How do you feel about the NZ music scene right now?

It feels exciting. There’s a lot more infrastructure within the independent scene that didn’t exist so much when I lived here, which I’ve enjoyed watching from afar. I’m really excited about Phoebe Rings, which is fronted by Crystal Choi. She’s an incredible piano player, and she’s put together this great band. I also love King Sweeties, which is Bic Runga and Cass Basil.

You have a show on as part of the Auckland Arts Festival. Is there anything else on the horizon that we should be excited for?

Oh, there is, but I don’t know if I’m allowed to talk about it… but I’m excited!

Catch Chelsea Jade on the 17th of March at the Auckland Arts Festival at the Civic Club, where she will be joined by breakout artist Deryk. Tickets are available from Auckland Live. 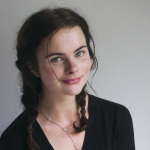