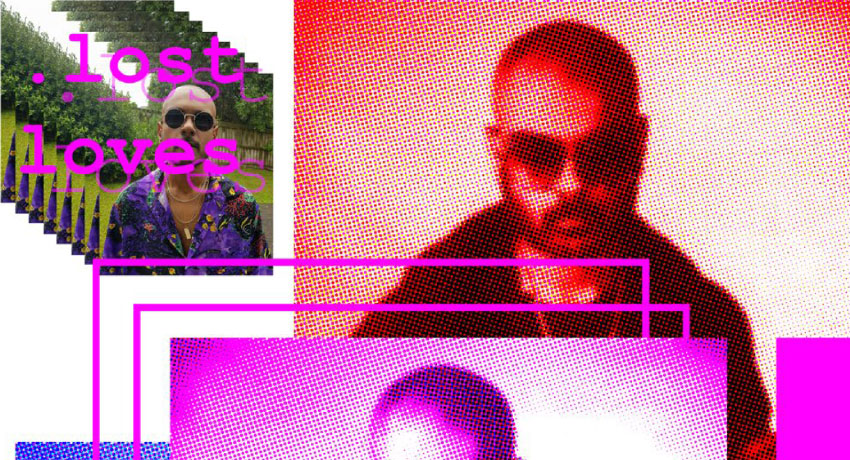 Hey Reza, tell us a bit about yourself and how Lost Loves started.

I’m from a little country called Bangladesh, I moved to NZ when I was 18. It weirds me out when people tell me it doesn’t seem so because I’m so “Western”. And I’m like define ‘Western’, what is being ‘Western’? People listen to rap music in Bangladesh too.

So anyway I did uni here, got a job and everything was going to “plan”. But then I realised a couple of years ago that I’ve always wanted to make music, and I was thinking if I don’t give this a go now, later on in life it would always be the biggest ‘what if’ question. In saying that, I’m not aiming for commercial success or any other type of success because it is quite hard. Especially being in a smaller market like New Zealand. In terms of how Lost Loves got started, a couple of years ago I met my friend Amelia who also plays in Polyester. We were just hanging out in her kitchen one day and she was like “Yo I make beats” and I said let’s do something together. And that’s pretty much it.

Why did you choose the name Lost Loves?

I don’t want to be corny and say because of my broken heart. But one of the biggest reasons was I designed a t-shirt and I wrote Lost Loves on it and it looked pretty cool. I feel like people relate to art on the basis of loss, more so than happiness. When you look at a piece of art it’s more so that you probably relate to the grief or loss it projects rather than happiness, and it doesn’t necessarily have to be romantic loss but any sort of loss.

What are the biggest inspirations for your music?

I don’t know if this is an inspiration but I just want to be like Prince. In saying that, you can never make art trying to be someone else, you have to be yourself and express yourself the best way that you can. It’ll sound very arrogant and delusional if I’m saying I’m trying to be Prince or occupy the same space as Prince but there’s just people you look up to in your life.

Is there any particular story behind one of your songs you would be able to share?

Our newest song which is titled GGB. Obviously I speak another language because I’m from Bangladesh, but we have a name for our crew which abbreviates to GGB meaning cute little babies, which is what we call ourselves. And the newest single is about how much I love my friends essentially.

Your Instagram bio says ‘Young Brown in a white man’s world’; does your identity as a person of colour influence your music?

Yeah it does. No matter what I write about, it comes back to the fact that it’s going to be from the perspective of a young brown man in a white man’s world. Any sort of subject matter you write about is going to be informed by your view.

As a person of colour what are your thoughts on representation in the music industry? Have you faced barriers in trying to get your music out there?

In New Zealand, I can’t speak for all groups but the best I can say is that it seems be very diverse. I’m sure it can be better but it’s a work in progress. There’s always problems with LGBT representation and women in rap music but at this point in time there are female and gay rappers that are blowing up and are at least visible compared to previous years.

I wouldn’t say I’ve faced barriers. I don’t want to start pointing fingers but I think in smaller communities there is certain type of music that is easier to get out there. Not that my music is super abrasive or offensive. But let’s be honest if I was in a 5 piece indie band instead it may be cooler. The rap and R&B scene in New Zealand is blowing up right now, there’s so many amazing acts going now that it’s a very exciting time to be involved in this music.

Do you ever feel tokenized as a person of colour in music?

I don’t think it’s just the music scene. I think it’s everyone that’s like you’re brown you have tattoos, you rap, you look kind of weird, you don’t dress like anyone else. They’re going to treat you like a unicorn but you just want to be a person, there’s groups of people that will treat you differently. It could be good exposure for music but I think it has more damaging effects in the long term, because once the wave is over what will happen when brown people are not cool anymore? I’m still going to be brown. It’s hard being a person and part of the trend but after the trend is over you’re still going to be that person, it’s damaging I think.

Has anyone ever said anything racist to you?

An overtly racist experience was when I first moved here and some dude walked past me as I was walking down the street, telling me to get out of his country. It was weird, I didn’t even comprehend what it was. In saying that I think for someone that just moved to another country the impact is bigger than for someone who has grown up here. The thing that ticks me off is when people mention the ethnicity of someone when its not relevant. The other day my friend said one of their friends had a date and was like “X got a date with an Asian chick”. Why does it matter? The story is that the person has a date. Its little things like that which still exist that chip away at me.

What are you thoughts on South Asian people using the N word?

So being brown and saying that N word, I have the perfect example. There’s this show Atlanta written by Donald Glover. In the first episode there’s a scene where they do some social commentary in a joking manner and discuss issues affecting the black community. There’s a part in the scene where they’re talking about this Indian dude and what he said in reference to something, and someone quotes him and says N word something something. And one of the other characters turns around and is like I don’t really like Indian dudes that say the N word. That’s exactly my thoughts on that, I don’t think anyone has the right to say it if you’re not coming from that or have gone through that experience or history.

You could argue that its a term of endearment, and I say it in front of my other black friends and they don’t find it offensive. And it’s not about that its about being more aware. Because what if curry muncher was a term of endearment, how would you feel if one of your white friends started calling you that but it was cool to say it. And obviously the N word is much worse. But if someone around me that’s brown says it I can’t actually say anything to them to stop using it. Because I don’t feel like its my place to police their language if I don’t come from that group. But my opinion is that it’s not right to say it.

What are some songs you have been listening to lately that you can recommend to the readers of Craccum?

A song that I’ve been listening to a lot these days is from the band called Sonder, they have this song called too Too Fast that was featured on Atlanta. It’s a super sad song but I really enjoy the song.  But other recommendations are any and all Prince songs. For local artists, the new Polyester single is coming out as well as their album. And listen to local rap music too like Jess B and SWIDT who just played at Auckland City Limits, which is huge.