A glimpse into how Pacific understandings of sex and female virginity have been impacted by colonisation and Christianity.

Applying coconut oil to the skin is an important part of Pacific cultural practices, particularly for dance. It glistens, illuminates, and accentuates her grace and beauty as the audience watches on with awe. If her skin causes the oil to dry up, she is not a virgin. She is impure. She’s brought shame to her family name. Ia e teine lelei. Be a good girl.

For Pacific communities, sex is regarded as tapu, and as a taboo subject; it is hidden within a culture of whispers. If one were to talk about these taboo subjects in the Pacific context, they would whisper with guilt and shame.

I’ve been on a journey of unpacking these feelings as both a Samoan and Catholic young woman. While many say that the taboo nature of sex within my community is a ‘Pacific’ thing, it would be unfair to say this without taking into account the effects of colonisation and the Christianisation of the Pacific. The ideas inflicted by missionaries in the early days became so deeply intertwined with culture that it became ‘indigenised.’ As a result, we don’t even entertain the thought that perhaps our forebears had purpose, meaning, and beauty in their own religious beliefs.

I refuse to believe that these feelings of guilt and shame are rooted in true indigenous Pacific culture. Our ancestors were free, sexual beings that celebrated and honoured sex as a sacred act. The arrival of colonists and missionaries over 200 years ago meant that the beauty in nakedness and sexiness were cast to the dark period. They brought ideas of morality, modesty, and purity making us ashamed of the stories and situations that make us who we are.

Sex itself was colonised, and we have an everlasting reminder of that through the missionary position. When the missionaries arrived in the new colonies, they were disgusted with how indigenous people were having sex in doggy-like positions. As a quick fix, they taught people how to have sex “properly” with the male-superior position. If you want to understand the extent of colonisation in this sense, then the fact that missionary is the most ‘preferred’ and practised position to this day speaks volumes. But you know, go off or whatever.

Pre-Christian beliefs were centered on our divine connection with the spiritual realm, having directly descended from the god, Tagaloa. This allowed our ancestors to establish genealogical links between themselves, land, seas and sky, and the seen and unseen spaces. This nurtured their reciprocal relationships with all aspects of life. Sex was a sacred act that was encouraged and celebrated because it had the power to create new life and honoured this human divinity with Tagaloa. They were not afraid or ashamed of their bodies and of sex. They saw no wrong because they were simply honouring their god and using these sacred gifts. Until one day some people convinced them that everything they had ever known was wrong, sinful, and a threat to the Christian Atua.

In ancient Samoa, poula was an event that flaunted the beauty and sexuality of the body, including public displays of the genitals. Knowledge custodian, Tui Atua Tupua Tamasese Ta’isi Efi details how these formal sacred rituals would go. The sa’ē included anyone willing to join except children and was a dance with the desired outcome of sexual intercourse taking place at the end. Women would expose themselves through sensual dance movements and sexually explicit chants through which men responded. These relationships were consensual as they all had a mutual understanding of the sacredness of sex. It was designed to provoke a sexual reaction ultimately as a reminder for the divinity shared with Tagaloa in being able to create life.

Unfortunately, along with many other things, these practices and beliefs were stopped by missionaries. Undermined and forgotten… so they had hoped. We often hear of these conversions and how the Pacific people welcomed the missionaries and explorers with open arms. We read about the successful transition from being primitive societies to civilised communities. But we aren’t taught about the force that drove these movements and the horrific consequences they had on women. To demonstrate the significance of modesty, some women with marks of mana had their skin removed because the Bible stated that tattooing was a sin. Other stories detail the abuse, killing, and raping of women by missionaries and colonisers. So perhaps the issue isn’t that our ancestors were taught to be ashamed of their sexuality and bodies, but as a result of colonisation, they were genuinely fearful of it.

Throughout the Pacific, the ramifications are embedded in cultural practices and frame how we understand sex. The notorious wedding-night white sheet ceremony is a ritual practised in some Tongan and I-Kiribati communities. This requires women to have sex on a white sheet and bleed as proof of their virginity. If there is blood, then this shows the wife’s virtue as she symbolises the purity of her family. However, if an unstained cloth is returned, then this brings great shame to her family and, in some cases, ends in divorce or disownment.

This is problematic because not all women bleed the first time or at all. The surveillance of a woman’s virginity contributes to the narrative that a woman’s body, even in a sexual sense, is made only for her husband. Ah, the patriarchy bro. A woman has to bleed to prove she’s been keeping her legs closed while the husband’s body count isn’t even considered? No words.

Similarly, in the Samoan context, the taupou embodies the purity and status of her aiga and village. This was associated with linking families and villages throughout Samoa. Thereby, girls were closely watched and supervised from their first period. It is a collective duty for the family to protect the sexuality of unmarried Samoan women through feagaiga.

When you think about how everything has played out, it’s actually quite sad. The surveillance of virginity is used as a mechanism of control against our women. Our women are constantly told to keep their legs closed until after marriage, or else they’ll lose their purity. Our women are told to cover up and keep their bodies hidden. Our women are uncomfortable talking about their periods. Our women are subject to abuse because men think they own their bodies. Our women carry the heavy burden of doing the most to not bring shame or dishonour to their families.

Our women are tired of being told to be good girls when in all our talk of what’s good, we forget what makes us human. We cannot be telling our women that their entire worth is tied to their virginity. When we do this, we’re saying that they’re not worthy of love and respect and control over their own bodies. We owe it to our ancestors to find meaning and purpose in their beliefs which means we cannot continue this cycle of silence. They would want us to whisper with awe and not with guilt. Ia e teine lelei. Be a good girl. 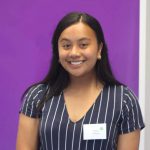