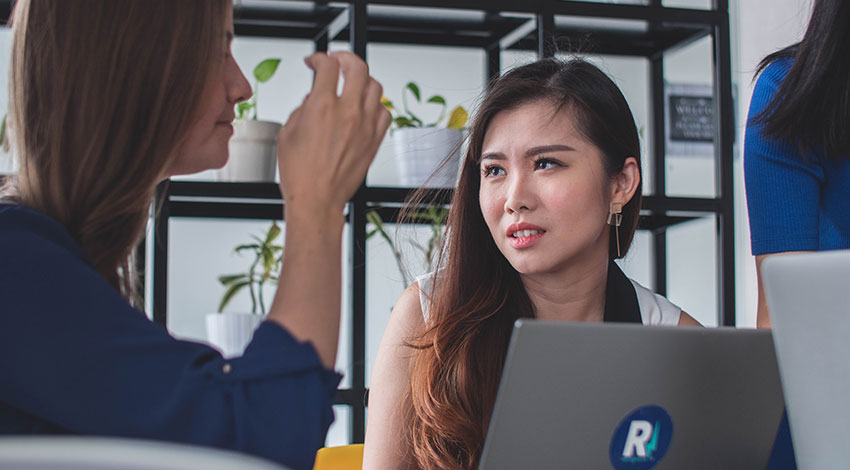 Caitlin Jardim continues our discussion on women in STEM fields, this time with a focus on coders involving an interview with Computer Science majors Sophie Noonan and Alex Santiago.

In one of my biochemistry lectures the other day, our Professor advocated for the need of women in STEM subjects. After showing us the facts and the steadily declining statistics surrounding female representation in the workforce after graduating from university, he asked us why we thought the percentage of women in STEM workplaces was so low. When nobody said anything he told us it was because women just weren’t as good at science as men. There was a pause – nobody said anything. Our lecturer seemed shocked and asked why nobody had said anything, he said that he had at least expected a riot, or for somebody to throw something. (I would have thrown my pen if I could, but I was too far back.) However, the point he was trying to make was that women belong in STEM areas – and with such a huge gender divide we need to be doing everything we can to close the gap and bring equal representation into the STEM workforce.

Women in STEM subjects is a topic that has been under the microscope recently. A huge push towards supporting women in typically male-dominated fields has seen much needed campaigns for equal gender representation in the tech fields emerge. However, having women standing at the forefront of scientific, technological and mathematical advances doesn’t just benefit other women – it benefits us all. Encouraging almost 50% of the world’s population to follow their passions and be given a way to break into an industry that for so long has kept them out needs to be a worldwide campaign.

To find out directly from what it’s like being a woman in the tech industry, Craccum Science Editor Nandita Bhatnagar spoke to Sophie Noonan and Alex Santiago, both Computer Science majors at the University of Auckland. Both women are first year students who’ve been coding since early high school days. Although they are both incredible at what they do, to study in a field so heavily male dominated has its difficulties, the likes of which are discussed below.

Alex begins by discussing the field of software itself in relation to the gender imbalance saying, “Being in a really small pool of girls, you kind of feel like you’re representing your gender in some way, so if you do bad you feed that stereotype of ‘girls can’t code’. It’s normalised for guys to code and be programmers.”

Alex’s family has been in the coding world for years, and with her mother being a programmer, she’s grown up surrounded by it her whole life. In this way, as a girl she appears to be a minority, a point which Sophie noter and adds, “CompSci is really useful, but I’ve noticed that guys growing up will just want to learn to code and girls just don’t seem to have that same push, I don’t know what it is. It’s really intimidating and it makes you feel like you have to do really well. You have to get good marks otherwise you’re not good enough to be there”.

What do you think the future of coding and software is, and what would you like to see it become?

“Yeah to be honest it’s in everything now” Alex adds. “In recent years, the number of girls in coding are rising. With She#, they encourage girls to code [and] to pursue their coding skills.”

With new campaigns designed to support women in STEM subjects, like She#, how has that impacted you as women studying CompSci?

Alex:  “I’ve been to some events, and you see other women in that industry doing so well in life, and it makes you think ‘Oh maybe I can do this’. It inspires other girls. It shows you that even though it’s a male dominated field, it doesn’t have to be. Girls can code too.”
Sophie:  I think they’re useful, but they always have people coming in that are doing really well. It still has that background pressure of ‘I need to be that good’. That being said they do events that cater for everyone, including events where you learn different programs, and it’s good because you can find what you’re interested in”.

A huge thank you to Sophie Noonan and Alex Santiago for the opportunity to interview them.

She# is an organisation designed to encourage women in computer science, computer engineering, IT and tech-related fields. They believe that the low female-to-male ratio in these areas perpetuates the gender imbalance, as people end up believing it to be the norm. Not only does She# provide a networking platform for women in these STEM fields, they promote computer science and related fields at high schools in order to encourage more young girls to enter these areas of study. However She# is not just a female organisation – they open events to men with the aim of inviting change by advocating gender balance in the workplace not just from a female perspective but from male colleagues as well.

Sophie and Alex are currently making a program for Sophie’s Squash club, a program which sorted out matches for people. It matched people in their right grades and their right range of grades almost immediately, consequently saving a lot of time.