Science: Handmaids of the Global South 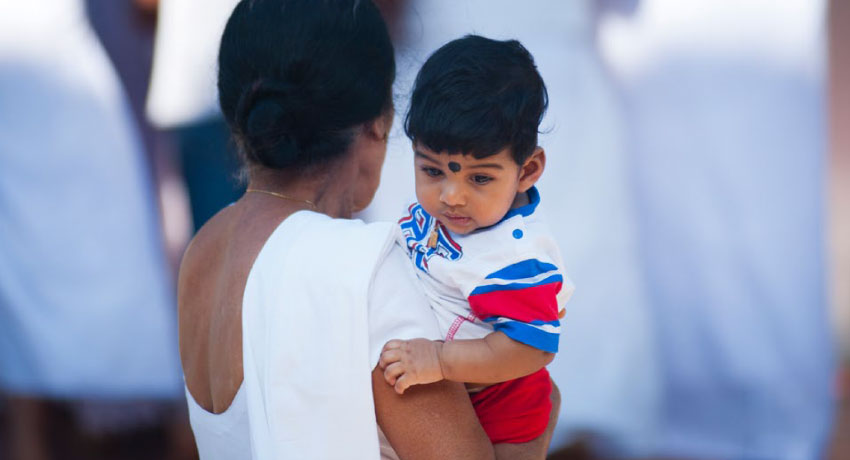 In an era defined by the economic promise of the free market, scientific innovation has ushered in major new developments in the fields of human fertility and reproductive health. With novel technologies allowing individuals otherwise unable to conceive a chance at parenthood, the demand for conception services worldwide has risen dramatically. Transnational surrogacy is just one of a panoply of medical industries that thrives under the leniency neoliberal order affords, allowing consumers from the West to circumvent laws and wait-times for services in their own countries. It is also an incredibly prosperous business of body commodification in the developing South: estimated to be worth more than 1 billion USD annually in countries such as India, where commercial surrogacy is facilitated under profusely lax regulations.[1]

Importantly, legal jurisdiction dictates the availability and convenience of these services along geographic lines, with commercial surrogacy outlawed in a number of developed countries, including the UK, France and Germany. It is only in today’s age of global connectivity that cross-border surrogacy has emerged as a convenient form of low-cost medical tourism, offering consumers a way of conceiving outside the bounds of their own countries by means of assisted reproductive technologies. In most cases, commissioning parties are able to select a surrogate of their choosing from a catalogue. Donor eggs are provided from healthy, often very educated young women under the age of 25 who have been screened for genetic illnesses. The process is undoubtedly underscored by hierarchies of class, race and gender, and unlike egg donors, surrogates are overwhelmingly poor and often driven to rent out their wombs as an escape from a life of impoverishment. Donor eggs are priced along different margins depending on their characteristics, with one reported catalogue selling white donor eggs at a premium for £2,500 to £3,000, with the going price for Indian eggs £1,000.

In the space of the fertility clinics the ‘work’ of surrogates is valued, and they are cared for to ensure optimal viability in the most clinical sense. The success of the transaction after all is contingent on their ability to carry to term, and the health of the surrogate a priority to this end. As one reporter describes, the facilities become ‘residential colonies’ where surrogates are subject to immense scrutiny by clinic administration. Clinic staff enforce tight regulations around the surrogate mother’s activities over the course of a pregnancy, monitoring nutritional intake and hygiene, and even keeping a close eye on their social interactions with other individuals, including the intended parents of the child. The issue of outsourcing surrogacy remains a murky area, particularly given growing concerns about the exploitation of women in the industry. Prostitution, a less than ideal alternative for an underclass of illiterate, unskilled women, appears to carry far more risks. With surrogacy, women are compensated handsomely by Indian standards for their services, enabling them to be able to feed their families and support their own children’s education.

Despite a recent ban issued by the Indian government prohibiting surrogate embryo transfers for non-Indian passport holders, the trade remains in full effect.[2] Dr Soumya Swaminathan, director general of the Indian Council of Medical Research, explained why the government had decided to impose tighter controls on the local surrogacy trade. The ban, she notes, is a response to the concern around safety for women involved in the practice, as well as cases where children have been abandoned due to intended parents breaking the agreement for issues such as birth defects. She points out that the legal and ethical terrain where transnational surrogacy is concerned remains a deeply divisive issue. Many countries do not recognise surrogacy, which compromises the legal standing of newborn children, particularly in making citizenship claims – as well as in according intended parents absolute guardianship.[3] Nonetheless, surrogacy brokers continue to find ways to get around legal restrictions by setting up the trade in different locations, or moving surrogates between regions in the developing South to avoid penalty. One intermediary describes a project he envisions where women are inseminated in clinics in India, and flown in batches to give birth in regions Africa where regulations are even less stringent.[4]

Currently, an estimated 3000 fertility clinics in India offer commercial surrogacy services to a diverse clientele, two thirds of whom are foreigners.[5] Women who assume surrogate roles are often motivated to approach fertility clinics of their own accord, seeking a share of the spoils afforded by India’s growing economic buoyancy. Many are reluctant to resort to surrogacy but come to do so as external demands place increasing pressure on them as they endeavour to support families and households of their own. Part of the stigma surrounding surrogacy in rural Indian communities arises from the misconception that a surrogate’s role is akin to a sex worker.[6] For many communities in India, the fertile body and its role in pregnancy carries important meaning beyond basic ideas of parenthood; it entails personal narratives of family, cultural continuance and ancestral birthright. To offer the services of one’s body is seen then as a transgression damaging the sanctity of family and childbearing.

In the space of the fertility clinics however, surrogates are forced to reconceptualise claims to kinship in questioning what makes a mother, if not for the labour of gestation. The fact that an infant child will not share genetic markers with his or her surrogate mother, and that this may be physically apparent in terms in the ethnic distinction between the surrogate and the child they carry can be an alienating reality for the many involved in the trade. In one clinic, surrogates are not only forbidden from seeing the baby after birth, but are given drugs to stop lactation in order to prevent bonding between the gestational mother and child. The nature of the surrogacy arrangement is wholly intended to be as transactional as possible.

For many Indian women involved in surrogacy arrangements it becomes increasingly important to reach a kind of spiritual reconciliation in their decision to undertake the commitment of becoming a surrogate. In one researcher’s discussion with participating families, the spouse of one woman equated his wife’s surrogacy to the traditional Hindu principle of tapasya – a religious practice of asceticism and hardship that brings a devotee blessings of the divine:

“Surrogacy is like God helped her do this for our family. This is her prayer to God and ultimately she will get his blessings and her dreams will be fulfilled. Like saints pray under austere conditions, she is living here in the clinic, getting all those injections, going through all this pain. But she will get the fruit of her labour.”[7]

Despite certain faith-based understandings of the process, the general handling of surrogacy arrangements is in actuality very clinical. Part of the clinic directives is ensuring potential surrogates understand the nature of the procedures involved, but whether this fully outlines the risks associated with the process in language understandable for the surrogate is another matter altogether. The format of preparation for these women seeks to reconfigure prevailing ideas around the nature of their service, including the permissibility of surrogacy given that it does not require sexual activity outside of marriage. Yet, what various ethnographies have come to capture is the complexity of surrogate experiences and feelings in the social dilemmas around surrogacy. Some women recognise monetary remuneration as the driving factor for their consideration of the surrogate role, while at the same time stressing the altruistic intentions behind their service. This is the gift-giving surrogacy narrative, as an intended child is designated the ‘ultimate gift’ for commissioning parents. The state of commercial surrogacy exists in a culturally and morally ambiguous space: while the arrangement remains a contractual dealing, there are particularly strong elements of altruism and sociality that colour the process of reproductive labour, despite formal attempts to separate them. Surrogates emphasise the ‘purity’ of their duty as surrogates. A child’s life is considered cross-culturally to be invaluable, and this is reflected in the ideas around gift-giving; surrogates see themselves as being remunerated for the service of their reproductive facilities, rather than the infant itself. [8]

For those familiar with the dystopic themes explored in Margaret Atwood’s seminal novel, ‘The Handmaid’s Tale’, the parallels to real-life surrogacy practice ring eerily true, particularly when considering the coercive elements of the trade. The prospect for reproductive trafficking as far as the outsourcing of surrogacy to the poor and vulnerable is concerned remains unaddressed. Determining the place of biotechnology in an international system already fraught with economic inequality poses a difficult quandary with no easy answer. Even with proper controls in place, is it even possible to imagine an ethical reality for commercial surrogacy? In any case, the surrogacy enterprise operates under a striking power-imbalance that we cannot ignore.