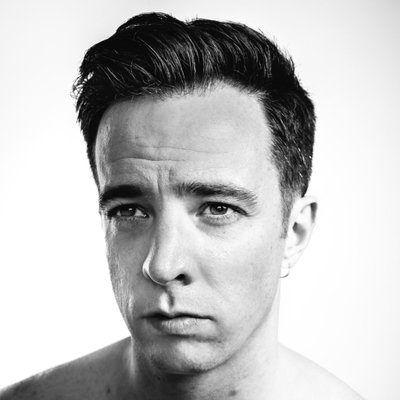 Brynley Stent and Eli Matthewson’s return season of Exes returned to the Basement Theatre last week for a more polished second round.

Brynley and Eli, once lovers and now real life exes, begin the show with some polite and very faux conversation; they’re exes, it’s all cool! Look how normal they are! This darting around the subject gives way to the story of their relationship, beginning at high school when they both appeared in a Christchurch Shakespeare production.

The relationship, already marred with awkward young love made more awkward with the knowledge that Eli has come out of the closet since their break up, something that Brynley as an “al-ee” is cool with. Exes culminates with some ‘unmet tension’ and we’re transported via 2008 Windows Media Player graphics to alternate universes – Brynley and Eli married but sexually unsatisfied, divorced with Brynley performing slam poetry, fuckbuddies? This continues till we see that Brynley and Eli are in fact enriched by the fact they’re exes. Exes is well polished in its second round and truly worth seeing, it’s funny and an original concept that hasn’t been done in Auckland theatre before. The depth of their relationship is easy to see, both in the way they expose each other through memories but also through the hilarious photos of each other pre-2008. Exes is a hilarious look into a past relationship but it works not on premise, but on the skill of Brynley and Eli.