Why is the Last Year of Uni so Goddamn Hard? 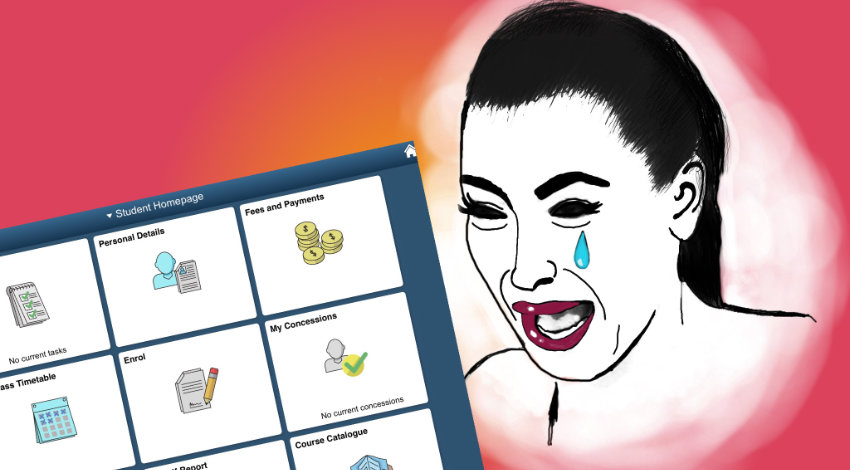 Nearing the end of a 5-year degree, I can honestly say that the final year of uni is the absolute worst. Your motivation has sunk to previously inconceivable lows, your brain is slower than dial-up internet, and grades that used to make you cry now make you weep with joy.

After sharing my feelings with a few other final-year students, I began to realise that almost all of them feel this way. Friends complained of having no motivation, of missing classes, not so much as glancing at the coursebook until the last week of the semester. Perhaps in a desperate search for my own scapegoat, I began to wonder: “Why is it so hard to feel motivated in your last year?” Is this a recognised phenomenon? And if so, what do psychologists have to say on the matter?

To start off with, I found that the United States and Canada have a name for this feeling: Senioritis. The Urban Dictionary defines senioritis as: “A crippling disease that strikes high school and college seniors. Symptoms include: laziness, an over-excessive wearing of track pants, sweatpants, and sweatshirts. Also features a lack of studying, repeated absences, and a generally dismissive attitude. The only known cure is a phenomenon known as graduation.”

So final-year burnout, or Senioritis (whatever you call it) is definitely a phenomenon that exists in multiple countries, perhaps even all over the world. But why? To answer, I went looking through all psychiatry journals.

One study, written by Chelsea Manning (not that Chelsea Manning) from the Connecticut Psychology Department, theorises that a lack of novelty may explain why students experience a decrease in academic motivation as they progress through their studies.

Think of it this way – when you first transition from high school to uni, everything seems shiny and new. Almost every new theory seems interesting because, chances are, you’ve never heard of it before. Once you get to third year, (or, god forbid, fifth year) you’re more likely to be expanding on things you already know. Learning about the Social Contract isn’t so fun when you’ve already taken three papers on it. Stay long enough, and all your classes start to look the same.

Though definitely not unique to final year students, burnout could be the reason your motivation has taken a hit. Manning uses the term “emotional exhaustion” to explain changes in academic performance. As we progress in our degrees, we are more likely to take on additional responsibilities – a job here, an extra-curricular there, maybe even a volunteer role to boost your CV. All of these require emotional labour in order to play the role correctly. Too much emotional labour, Manning explains, is a huge stressor that can lead to feelings of exhaustion and therefore, a lack of motivation.

Burnout is also caused by ‘periods of prolonged stress.’ If you think about, uni is just one big period of prolonged stress. It’s no wonder by the end of it you’re feeling exhausted. While extracurriculars are great, It’s important not to spread yourself too thin during the semester. Many students specifically plan their degree so that they can take fewer papers in their final year, knowing by then they’ll be feeling less motivated. Even if it means cramming in a few 5-paper semesters in your first and second year, you’ll probably thank yourself for it later.

Fear and Excitement for the Future

Another article featuring University of Notre Dame Psychology Professor Darcia Narvaez presents a likely explanation. She believes what it all comes down to is fear of the future. “You don’t know what’s gonna happen, you’re being pushed from your nest, what you’re used to, and you’re moving into the unknown, and you can be paralyzed by that.” This causes stress, which obviously has an effect on your ability to do coursework. If you’ve gone straight from school to university, up until this point your life has been pretty well planned out. But once graduation is in sight, you have this complete and terrifying freedom to choose what comes next. Every job application feels like it could change the course of the rest of your life. When it feels like everywhere you look your peers are getting grad job offers, this sense of anxious urgency can begin to weigh down on you.

On a more positive note, you could just be excited about the future and eager to get into it. “It’s really hard to focus on finishing out these, you know, mundane tasks because they’ve lost value.” Narvaez says. “It’s almost like a devil-may-care attitude, you know, about the past, and you just want to get on with life to the good stuff ahead.” This is particularly true when some of your friends are already out there in the ‘real world,’ making grown-up money while you’re subsisting on beans and rice every night. Your weekly CANVAS quiz doesn’t seem so important when you’ve been making decisions about the next 40 years of your working life.

If you are, like me, a final-year student who is completely and utterly over it, don’t feel too disheartened. Although those bright-eyed and youthful first-years may irritate you with their ability to attend lectures and do the readings, you can rest easy with the smug knowledge that in just over a month’s time, you’ll be free. If you’re lucky, you’ll never have to take another exam, pull another all-nighter, or hear the words; “copyright The University of Auckland, all rights reserved. The content and delivery of lectures in this course… ” you get the picture.