To All The ‘Straights’ I’ve Loved Before

On falling in love with ‘straight-presenting’ queer people.

I loved how straight he was.

He presented as ‘straight.’

Looking back at my past relationships, I’ve noticed one common thing. They are all ‘straight-presenting.’ They all possess qualities that make them seem more like heterosexual cisgender males rather than the queer people they are. Take the toxic man I previously mentioned. He identified as gay but was masculine, leaned away from his queerness and wore clothes that reminded me of all the straight boys I’ve wanted in the past.

Of course, there is no such thing as straight characteristics. All of this is deeply based on gender norms and stereotypes. Yet, I am actively choosing men who feed into my desire to be with a straight guy. That’s problematic. Yet it’s so common.

This was surprisingly evident when Features Editor Naomii Seah posted an Instagram poll which saw approximately 84% of queer respondents say that they have been attracted to someone ‘straight.’ For each queer person, there will be different reasons as to why this may be.

I see a major reason though. Our heteronormative and homophobic society has been conditioning us to love the straights.

Media plays a huge role in shaping who we desire, and heteronormativity is pervasive in our media. Interestingly, this can be seen the most within queer representation. Take Tiktok’s favourite, Call Me by Your Name (2017) directed by Luca Guadagnino. With two straight actors in the lead roles, this film presents two hetero-leaning men “falling in love” and is detached from any queer background or politics. Everything about these two characters is straight. There is no embracing of queerness. Seeing this story reinforces to all queer audiences that we should want a straight man.

Miranda* (she/her) felt similarly on how the media dictates who we should be attracted to. “I remember watching High School Musical when I was 7 and wanting what Troy and Gabriella had so badly.” The media’s portrayal of heterosexual relationships meant “I never even recognised my attraction to women for what it was.” Media has the power to blind you from seeing who you are actually attracted to. Nadia* (they/them) too expressed that “a lot of the qualities I thought I was attracted to very much came from [heteronormative] expectations.” Nadia recalls how “all the girls I had crushes on in high school were very typical—long hair, nice uniform—very sweet, effeminate girls. And in saying that a lot of them were straight.” These expectations flood all of our media and have made queer people want ‘straight traits.’

Society’s heteronormativity has invaded even queer spaces. Within the queer community, ‘straightness’ is promoted. Across Grindr, there is widespread use of the word ‘straight-acting.’ In fact, it’s the first place where I ever saw this term used. Hundreds of accounts have this in their bio, and while many are likely queer, they insist on their “straightness” and the desire to “find other masc straight-acting guys.” There are countless problems on Grindr, but this one stands out. “Straight-acting” is seen as desirable. It’s disappointing as it fuels shame around being feminine and queer within an app that should support it.

Our society has caused me to hate my femininity. This has resulted in my desire to be with a ‘straight-presenting’ queer person in order to feel more masculine myself. Through years of internalised homophobia and femmephobia caused by society, I have always wanted to feel more masculine. Whilst I go on the journey of unravelling this self-hatred, I notice that my desire for ‘straight-presenting’ queer men comes in an effort to be the person I often wish I was. Masculine, masculine and masculine. I am using these men to try to sort out my own identity issues.

Similarly, Nadia based their self-identity on how the external world determined who they should be. While I struggle to not feel masculine enough and use ‘straight presenting’ queer men to try to solve this, Nadia presented as butch because they felt that was the only acceptable way to present their Lesbian sexuality. They were always the tomboy. Now they are “trying to find a middle ground where I feel comfortable doing things more traditionally feminine.” Society informed Nadia how they should present, and now they are trying to undo that.

Falling for ‘straight-presenting’ queer people isn’t necessarily applicable to everyone. Miranda wonders what this means for bi and pansexual people. “Does my attraction to men as a bisexual woman count as ‘falling for a straight person’?” Probably. More interestingly this shows how the issue really relates mostly to gay and lesbian people. Bi and pan people have the ability to date straight people, whilst gay and lesbian people don’t. For us, wanting to date a ‘straight-presenting’ queer person is the result of societal conditioning.

It’s evident that society has played a large part in my desire for ‘straight-presenting’ queer men. It’s evident within those I interviewed. It’s important to notice as it represents how much more work we have to do. These societal norms have been detrimental to everything about queer people. We are told that if we can’t be straight, we should at least desire straight. That’s fucked.

We currently exist in a faux sense of inclusivity within society. We still live within structures of homophobia, discrimination and blatant disregard of queer people. It all has to change. I don’t want to just fall in love with ‘straight-presenting’ queer boys. I want to embrace my queerness and my whole community. For all queer people, that is a personal journey, but society needs to change too so our young queer people don’t continue to suffer such a detrimental fate.

Maybe in the future, there won’t be another ‘straight’ boy I loved before. 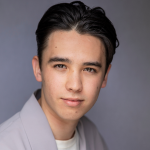 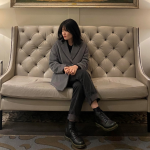