I’m Samoan and No One Believes It

A year ago, I was at an art show when someone asked if I was really Samoan. Before I could answer, I was interrupted by a friend who chuckled and responded, “you don’t want to know man, it’s her greatest sob story.” For months on end, I thought about this comment. Was it really my greatest sob story? Were my struggles and experiences being Indian-Samoan really nothing more than just a sob story in my head?

For as long as I can remember, walking into a room full of Samoan people was something I dreaded because it was always one out of two interactions. Stares, silence and then the word Initia (Indian) followed by laughter or stares and the brutal questioning of why I was there if I’m Indian.

However, it was not these interactions which made my experiences as an Indian-Samoan person a ‘sob story’. Rather, it was always having my Indian cultural identity being pointed out, this questioning over my history overshadowing a large part of who I really was. No matter where I went, I always felt there was a large chunk of my people who failed to see my mum in me, excluding her inclusion in my life entirely. The only thing I could blame was my Indian passing looks.

My Samoan-passing sister had a breezy life, I thought as a kid. No one doubled back to look at her (or rather, doubting her ‘Samoan-ness’) or called her out for being Indian. Growing up though, as I tried my hardest to fit into our Samoan community, my sister did the opposite, giving herself solos in her Indian dance groups, putting on Indian accents at the shopping mall and full blasting Punjabi music in her car.

All these things would consistently embarrass and anger me because she was undoing all my work. I was bending backwards to bridge the gap between people seeing me as ‘just’ an Indian girl and what I really wanted them to see me as, a Samoan. And there she was… undoing it all with all her Indian things.

We clashed for years until I read about intersectionality at the University. It changed my perceptions of our relationship entirely. It was then, I realised that her Indian-Samoan identity was in fact a sob story that we shared. While I cried throughout my childhood for being Indian-passing and wanting to be seen as Samoan, she cried for wanting to be recognised as an Indian.

For me, making this realisation was a huge step in my cultural identity and putting the sob story in the past. I was able to use my sister’s experience as a way of looking at my experiences from a new light. To me, she was my sister, and I knew who she was; we grew up the same and she was just as Indian as I was. That was enough for me to accept my own looks and realise I am who I am, my ancestors and my culture. I am Samoan – and that’s that.

If I know my sister should not have to prove her cultural identity because I know her, then why should I? We know who we are and if someone wants to question it – that sh*t is on them. 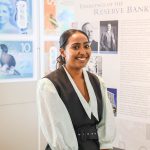