‘How much do you want it to define your campaign?’: Just how gay is Pete Buttigieg? 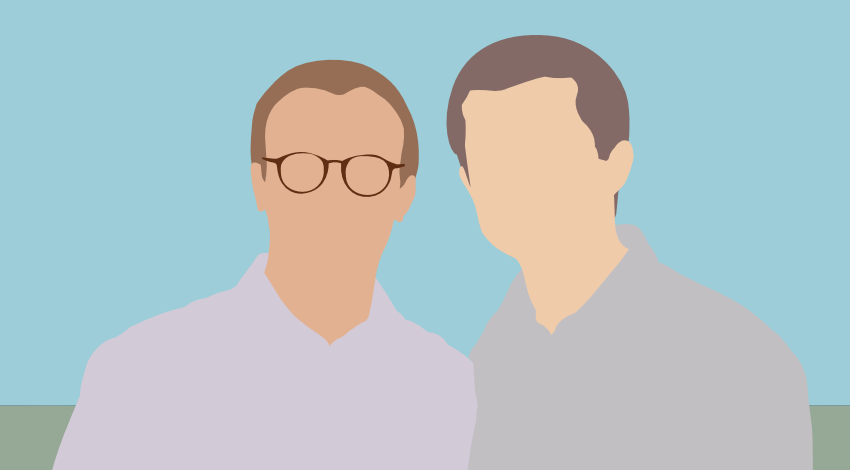 Pete Buttigieg currently remains in the well overpacked field of U.S. Democratic presidential candidate hopefuls. I first visited his candidacy in a Semester One essay, however six months later, Buttigieg is facing criticism for both being ‘too gay’ and ‘not gay enough’. This week, I discuss just why Buttigieg is facing these critiques, what he could do and the challenges that face our first openly gay candidate.

Pete Buttigieg has described himself as the only ‘left-handed Maltese-American-Episcopalian-gay-millenial-war veteran’ currently in the Democratic candidate race for the presidency nomination. According to the New York Times he currently polls nationally at 5%. With current projections, he is unlikely to become the democratic nominee. Buttigieg, the current mayor of South Bend, Indiana, is the most intriguing of candidates and, in many ways, a complete antithesis of Trump: millennial, liberal, democratic, war veteran and gay. Buttigieg, in a CNN interview at the beginning of his campaign, was asked how much he wanted his sexuality to define his campaign. Whilst this question was one that would never be asked of a straight candidate, Buttigieg’s response is the best way to start this analysis of the criticisms towards Buttigieg, notably that he is aware of what being gay ‘represents’ but rather wants to be evaulated on his political achievements and merits. This is where Buttigieg struggles; to just what extent do you discuss your sexuality and how you remain a ‘gay candidate’ but not ‘the gay candidate’? Buttigieg’s response indicates he does not wish to challenge societal norms and expectations but simply that his sexual orientation stands insignificant in the face of his political achievements. The rhetoric employed by Buttigieg is similiar to how other gay politicians discuss their sexuality in the political arena. In a New Zealand context, current Finance Minister and Labour #4 Grant Robertson, has responded to similiar questions about his sexuality in saying that being gay does not inhibit his ability to connect with the concerns of regular New Zealanders; that being gay is one facet of other experiences and characteristics that shape how he conducts politics. Being gay is often something that, in a political setting, is placed alongside many other facts about a candidate as one of many things about the candidate’s identity and ability.

Worth discussing in this analysis is the heteronormative space that politics exists in. Heteronormativity refers to the way that societal systems, institutions and norms give privilege to the norms and expectations for heterosexual individuals. When a politician is LGBT+, this is often a prime focus of their personal profile in the media. Queer politicians must consider the decision to divulge personal information such as sexual identification and relationship status to mitigate the risk of being outed or hiding sexual practices and relationships. This decision is not one that heterosexual political candidates must consider.  Buttigieg’s sexuality is a feature of his candidacy, Buttigieg has chosen to acknowledge his sexual orientation whilst being profiled.

LGBT+ media has become critical of Buttigieg in recent times. With similar reasoning as some women didn’t vote for Clinton in the 2016 U.S. Presidential election, some queer individuals don’t want to vote for a candidate primarily because they are gay. However, If Buttigieg plays to the diversity of his policies and presents as a candidate with wide ranging political interests, he then faces the criticism of abandoning the needs of his community. The organisers of a ‘major LGBT event’ in Iowa were disappointed that Buttigieg was not planning to attend. A Buzzfeed article that discusses this further placed this in context, highlighting the feeling by some that Buttigieg is ‘reluctant’ to discuss and endorse LGBT+ issues. Other members of the community feel frustrated. There is a want for Buttigieg to recognise the intersectional nature of the queer community and recognise these concerns. Another talking point is the criticism leveraged at Buttigieg for what was perceived as ignoring growing racial tensions in the community leading to the shooting of a black man by a white police officer, and his failure to discuss the struggles faced by queer migrants in Latin communities.

Annise Parker, president of the Victory Fund, a group that endorses LGBTQ candidates, defends Buttigieg however, speaking of the “extra burdens and extra expectations” placed on historical first candidates to speak for their community and for the entire population. The Buzzfeed article speaks of the expectations of Obama for the African-American community and Clinton for the female population. Buttigieg has spoken of his sexuality as something which allows him to connect with ‘othered’ communities and understand a wide range of perspectives. This has been both accepted and rejected; a columnist for medium.com criticised Buttigieg for what he perceived to be rejecting this ‘othered’ identity as inferior and not recognising how sexuality allows an individual to recognise systemic inequality. For some, having a gay candidate is about having someone who is proudly ‘othered’, but this could then present as a character who isolates themselves from the wider population. With Buttigieg currently on 5%, how can he grow voter support whilst either increasing or decreasing how he presents as a gay man, especially with the LGBT+ community comprising approximately 6% of the U.S. population. Where is Buttigieg best to channel his political communication?

There is no correct answer for how Buttigieg is to resolve these issues. Buttigieg is walking a political tightrope not ever walked before. I commend Buttigieg for getting this far as a queer candidate and for standing proud in his sexuality, but to many he may never be ‘gay enough’ to stand for the community, while for others, his sexuality presents a challenge to how they perceive his ability to connect with diverse issues. In an environment where hypermasculine, heterosexual candidates such as Trump have seen political success, it may just not quite be the time for a gay president, or simply, it might not be the time for Buttigieg to be president. Regardless, the conversation about being out, proud and queer whilst a presidential candidate is one that would never have been possible years ago – this is something worth celebrating.