“I didn’t sleep for three days.”

This quote comes from Ida*, who had an adverse reaction to an unknown substance at Northern Bass. “There was no drug testing at all [at Northern Bass], and very limited medical services for people who were on drugs,” she said.

Many of us knew this summer that there was dodgy MDMA going around, but some who attended also expected testing facilities to keep them safe at festivals.

In December, the government pushed through a time-capped legislation that allowed for drug testing to occur without legal ramifications. It stipulates that drug testers cannot collect, maintain or use any information about the person testing the drugs. It also ensures that proof of drug testing cannot be used in any criminal proceedings: i.e. if you’re in line to test your drugs, this can’t be used to charge or arrest you. This was meant to create a legal environment that allowed for, and encouraged, the testing of drugs at festivals over the summer at New Years. But this didn’t necessarily translate into more testing stations or a safer high for festival-goers headed away at the end of December.

So, what’s the deal? Despite the concerning increase in contaminated MDMA being sold and consumed in Aotearoa, and calls from St John Ambulance to provide wide scale drug testing for festival season, only three festivals over New Years had drug testing at them, which was provided by the volunteer company KnowYourStuffNZ.

KnowYourStuffNZ offers a free, non-judgemental and confidential service where people can test their drugs. This involves handing a small sample of your stash to a volunteer, who runs it through an Infrared (IR) Spectroscopy machine and compares its profile with a database of known drugs. They then let you know what’s in your sample so that you can make the best informed decisions with your supply.

Unfortunately, KnowYourStuffNZ only has three IR machines in their possession. This means that logistically, they can only service three events simultaneously. And the costs of running aren’t cheap either. This year, they saw three to four hour wait times for their services.

Usually when MDMA isn’t really MDMA, the pills have been swapped completely for other substances. KnowYourStuffNZ Media and Partnerships lead Yvonne Booyson says that this year, they have seen an increase in this substance substitution. In particular, the presence of ‘bath-salts’ (Cathinones, typically Eutylone): synthetic stimulants that try to mimic the effects of MDMA. Around half of the presumed MDMA samples tested in NZ this New Year were actually Eutylone, which is much more dangerous.

The issue is that without testing, no-one knows what the drugs they are taking really are. When the MDMA is actually Eutylone, the high doesn’t last as long… then people take more, which increases their risk of overdosing.

Sam* saw this firsthand, when she attended a festival at Joe’s Farm over the summer.

“Some mates definitely did not take MD,” she said. “[They] slept really badly, were shivering at night, looked real worse for wear. In the morning we could tell it wasn’t MD, but we didn’t want to tell them because we didn’t want to make them anxious or nervous.”

Geena went to RnV, and saw similar reactions. There were no testing stations available there either, and she said many friends didn’t test their drugs beforehand as they were expecting one to be there. Instead, “A lot of people didn’t know what they were taking.” One of her friends “ended up at the ambulance tent because his heart was racing. He couldn’t eat food for three or four days, but he just kept taking it each night. I know a lot of people who didn’t sleep… because they were taking bath salts.”

Maia*, who went to RNV and Le Currents, found the reality of drug testing at festivals was a far cry from what she had expected.

“It’s not really ideal to have the testing far in advance of the festival, at a location other than the festival.” She ended up getting MDMA on the day of the festival from a friend. “Logistically, there was no opportunity to do prior [testing] like I thought there might be”

These comments reflect the limits of harm reduction techniques like drug testing at festivals—they can only go so far to provide a safe high. Other interventions such as decriminalisation (and subsequent control of the clandestine environment in which drugs are produced), education, and a shift away from the blasé culture of drug-taking are needed, too.

Yvonne from KnowYourStuffNZ also wants to see this change. She notes that the current model of drug testing at festivals excludes sections of the population that can’t afford $500 for a festival ticket. Ideally, she notes, there would be drug testing available in fixed locations, 24/7. But as long as drugs are criminalised, this initiative is difficult.

“Even something like moving MDMA from a class B to a class C substance could help,” she said. That way, dangerous drug substitutions such as Eutylone in “MDMA” might occur less frequently. From what we know, these drug substitutions are happening a lot. In a 2019-2020 survey, KnowYourStuffNZ found that 80% of respondents had experienced taking a mislabelled drug.

But even with this worrying statistic, many young people might feel pressured to take unknown substances anyway.

Charlie* and Ricardo*, went to six different festivals between them over summer. They both felt that even if there was appropriate testing, some people would still take the bad drugs.

“My friends took drugs that they knew were bad at New Years, just because there was this need to not be sober at the festivals. They were buzzing without sleep for two days,” said Charlie.

“Sober me would say, no, of course I wouldn’t take bad drugs,” added Ricardo. “But at the festival, caught up in it all, I honestly might still drop.”

“There’s such a big drug culture,” says Geena. “Everyone asks if you have drugs yet. If you don’t, you’re constantly being offered them.”

She notes that there’s a pressure to take drugs at events like these, because the impression is that you won’t have a good time if you don’t.

“It’s not worth seeing your friends get really sick. I think it scared people when [Fletcher Wong] died at RnV, because it could be anyone,” said Geena.

For those looking to experiment with drugs, the safest bet is to buy a testing kit, available at Cosmic. Dr Aidan McKay, who volunteered with KnowYourStuffNZ in Dunedin, “thinks they’re fantastic.” They do have limitations, but they are relatively inexpensive and are a quick way to mitigate some risks.

Often they come with a vial, to which you add a drop of your substance and a testing reagent. A colour change then tells you what’s in your stash. However, Aidan notes they’re not perfect. “They’re really sensitive, but they only test for specific groups of chemicals.” This means that if you get a colour change indicating there’s MDMA in the substance, that might not be the only thing in there.

The best thing then, would be to see drug testing initiatives expanded. “If there are more people informed about their substances, we will see less harm,” says Aidan. That has a lot to do with being informed about the potential risks and effects of the substance. “Bath salts have a wide range of effects, depending on which one you have,” says Aidan. That means that two people on bath salts might react differently, especially if they have different types of bath salts. They also have differences in potency, and it doesn’t take a large amount of bath salts to reach a dangerous dose.

“I think people were probably turning to other drugs,” says Sam, who took acid at Joe’s Farm rather than risk having contaminated MDMA. For Sam, a large part of this decision was having a bad experience with contaminated MDMA several months ago. “I was feeling so incredibly paranoid,” she said. “My heart was racing… some guys actually had hallucinations.”

Another popular way to test drugs this year was the “water bottle test,” whereby people put their stuff into a water bottle. The idea is that if your stash is water soluble, it should be safe to take. But Dr Aidan McKay notes that lots of cathinones are also water soluble, so this isn’t the best bet.

Ida tried the water bottle test at Northern Bass, and notes that even if it did work, “you’re at a festival trying to do it yourself, you’re in a tent at night, trying to see what’s going on in a water bottle. Really it didn’t help us. We thought we were fine but we obviously weren’t.”

“We make risky decisions every day,” said Sam. “We drive cars, we drink alcohol.” And there lies the rub. From data gathered by KnowYourStuffNZ and Charlie and Ricardo’s comments, it’s obvious that many young people will take drugs regardless of a safety guarantee. “It’s a risk,” says Sam. “You’re choosing to take something.”

For those willing to take the risk, Geena also recommended taking in moderation, being around people who made you feel safe, and are able to get help if needed.

In the words of Ida: “the emphasis should be on people’s health and safety.”

“Every festival should have drug testing.” 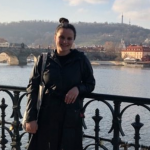