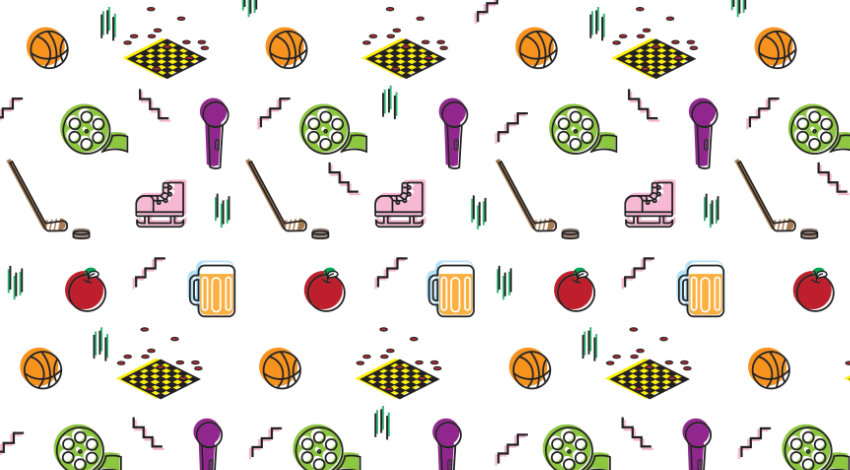 “Auckland is only fun if you have money” – something I have heard from others, and something I have definitely said. It turns out though, you just have to know where to look. Whether you are an Auckland native who doesn’t venture too far out from their own neighbourhood, or a newbie to the city, Craccum has once again created a superior listicle to give you and your mates something to do when you have $20 at the end of the week.

Mitre 10 Cup – $13.50: With a couple of games at Eden Park this season, it’s pretty easy to afford an afternoon of rugby. Just bring along your ID to get the student rate.

Ice Hockey – $10: A personal favourite of mine. During the winter months, you can catch some grown men fighting on ice for the low price of $10 when you bring your student ID. Paradise Ice Skating has a team each for their Botany and Avondale locations.

Races – Free – $20: If you are looking for a classy piss-up this summer season, look no further. General admission to the races changes from event to event, with the Boxing Day races closer to $20 while Melbourne Cup day is free!

Basketball – $15: The SkyCity Breakers have games well into January. Even though there is no special student rate, we can all agree that $15 ain’t too shabby, even if they are the nose-bleed seats.

Netball – $16: Another one to be set aside for winter. The resident Northern Mystics netball team play a pretty mean game of netball, and it’s a cheap way to see a couple of Silver Ferns in action.

Karaoke – $5ish: This one depends on the number of friends you have/where you go, but is still pretty cheap when you split a private room with mates. Extra fun after one too many at a BYO.

Barcades – whatever you want: Booze and games are always a good time, and the best part is you can spend as much as you want. Save Ferris at the top of Symonds Street leans a bit more on its craft beer and arcade games, while Newmarket’s new barcade offers a variety of experiences including dodgems and bowling!

Pub Quiz – Free*: This one is an asterix because I am not calling every pub in town, so this is only somewhat accurate – best to check with your local when you register a team. But if you want to have a few beers while losing to a team of boomers, this is a fun way to go. You can find a local quiz by checking out the ‘Believe or Not Quiz’ website believeitornot.co.nz.

Academy Cinemas – $5: $5 movies, enough said. All films that show on a Wednesday are $5 (unless it’s a film festival week). The offerings are announced a week in advance so it’s better to grab tickets online asap so you don’t miss out. It’s not just weird indie films too, it’s a good mix of mainstream, indie, new and old.

Markets – Free*: Like these are technically free, but you may be tempted to spend money on small things so approach with caution if you are seriously broke. We recommend the Grey Lynn Car Boot market held the last Sunday of each month, the Parnell French Market held every Saturday and Sunday, and come Christmas, the many markets that are bound to pop up.

Comedy Night at the Classic – $15 (or free if you write for Craccum): A great date night idea (unless you have an ugly laugh), perhaps one of the greatest ways you can unwind after a stressful day is by watching an intimate live comedy show at the iconic CBD venue. Although the best shows really come out in numbers around the time of the International Comedy Festival, the Classic still throws together lineup of fresh and familiar faces within the NZ comedy scene every single week.

Night markets – Whatever you want: With night markets in locations such as Sylvia Park, Botany, Henderson, CBD and Glenfield, it’s not hard to find a variety of cheap eats amongst some very Instagrammable fairy lights. The smells are amazing so be careful not to spend too much.

Best Ugly – From $8: Best Ugly Bagels offers a cheaper Tuesday deal that is absolutely solid. Bring along a keep cup and your coffee is free. Combine that with one of their cheaper bagels like cream cheese and jam, and you are looking at an $8 brekkie.

Symonds Street Indian Takeaways – $12: One of the best lunch deals around: $12 for a curry and rice and naan. Available until 2:30, it is worth the trek to the top of Symonds Street. There is a good chance you will have leftovers, so extra cost effective.

Eggloo – $8ish: Yeah Giapo is cool and stuff but let’s be real here, it is waaay too expensive for a dessert. Eggloo in Mt Albert has your back though. With their speciality being egg waffles, you can get some crazy and unique desserts for around $8. Want a doughnut instead of a cone for your ice cream? Sorted. Even their gravity-defying Nutella waffle only costs $16. This is a dessert house that needs more love.

Vegan lunch – $5: I very nearly wrote my editorial as a love letter to vegan lunch because it is a goddamn DEAL. Not only are these meals delicious but also sustainable which is a big plus. Offered by the General Library Tuesday – Thursday at 12-2 pm, bring your own container to get a generous serving. Bonus: get an extra serving at 1:45 to take home for dinner or lunch tomorrow.