A Room of One’s Own: Queer Space at UoA

Inclusivity and diversity is (supposedly) very important at the University of Auckland. Inclusivity and equity for the LGBTQIA+ community is mentioned under UOA’s equity policy, which came into place in 2017¹. One of the ways that the University actions this is by creating safe spaces for people of different communities on campus. These include AUSA’s Womenspace, the Cultural space/O Langi Atea Moana, Hineahuone and the Queerspace.

The safe space that I feel resonates with me the most is the Queerspace on campus. Originally, the space for Queerspace was Student Job Search. The project began in 2013, a year after the AUSA executive voted to establish the Queer Rights Officer role at their AGM; however, the space wasn’t running until 2014. Since then, the space has moved a few times; it can now be found up the stairs closest to Uni Sushi/Gong Cha in the direction of Albert Park.

Queer spaces are extremely significant to those who are part of the LGBTQIA+ community. Ingrid, a student at the University, says that “for me, Queerspace is about community and safety.” This safe space works to create a comfortable environment for the rainbow community to be their complete selves, or to study and hang out with their friends without the fear of facing judgment from others. Another student, Xavier, says that they go to the Queerspace nearly every day to relax and meet up with people.

Lavi says that the Queerspace was established as “a counter to the dominant culture where [being] heterosexual[sic] and being cisgender is the norm.” The queer space, alongside the other safe spaces at the University, sheds light on the harassment, the discrimination and issues that students in different communities face.

Personally, on busy days at campus, it can quickly become overwhelming outside of the Queerspace, especially on days where I feel more vulnerable with my sexuality, and femininity. It’s especially hard to not compare my femininity with other people on campus—it’s a constant battle with my true inner self and my internalised homophobia. This became extremely difficult when I shaved my head to test my own relationship to femininity and sexuality. This turned into habitually wearing hoods or a beanie around campus to hide the fact that I wasn’t as feminine as other women. I felt that everytime I wasn’t hiding my buzz-cut, I was being judged, or that people were trying to “figure me out”, which was scary since I had not even figured myself out yet. It’s difficult on such a busy campus to realise that it is okay to not fit into a box, and to remind myself that femininity, sexuality, and gender-fluidity come in different forms.

Ingrid agreed that queer students—especially genderqueer students—can feel isolated on campus. “There can be a lot of anxiety with being openly queer and having people react badly,” they said. There is a constant fear among queer students of being misgendered, or discriminated [against] for being ‘different’ when they are expressing their true selves. Because of this, noted Ingrid, they found it could be difficult to engage in classes, or even to introduce oneself; even being openly queer, there were people who would purposely misgender them.

Although I am not entirely genderqueer myself, I do feel that sense of difference on campus. It’s scary. When I visited the Queerspace for the first time, I felt comfortable. As soon as I walked in, there was an immediate sense of belonging and peace. This to me, makes it clear that the rest of the university is not a completely safe place yet.

The Queerspace is therefore not only a safe place, but a place for the rainbow community to fight back against heteronormative society, and for their rights as queer students.

Xavier has seen first-hand the budget cuts, the changes to the student services, and the equity office; they believe “there is not enough funding to provide support and care for [queer] students”.

Right now, in the Queerspace, there is running water, bathrooms, a microwave, a comfortable couch, and even a gender-affirming wardrobe that Lavi has recently put in, where students can donate their preloved clothing for other students to pick up second-hand. However, there are improvements to be made; Ingrid asks for a small kitchen. They further suggest that a gender-neutral bathroom in the space would be useful [Editor’s note: and possibly part of the whole point? C’mon UoA.].

Xavier, however, is happy with the fantastic job Lavi has done with the functionality of the place, and instead would like more support and inclusion from the University. I further urge the University to be more inclusive and attentive to the needs of queer students. We demand to be seen and included—and maybe one day the whole campus will be a Queerspace. 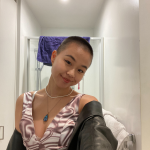