Long hailed as a pillar of progressive and forward thinking television, Star Trek has always been a standout show in terms of the hot-button topics it covered from when it first beamed onto American airwaves in 1966 to the still ongoing Discovery and Picard series. Trek’s legacy of groundbreaking episodes includes TV’s first scripted interracial kiss, between William Shatner and Nichelle Nichols, subject matter such as PTSD, and critiques about fascism, and racism and xenophobia. These engagements are still receiving acclaim decades after their release. However, surprisingly, good queer representation has been something Star Trek had great difficulties embracing, until very recently.

Star Trek as a whole has always been incredibly spotty, mainly in terms of the actual quality of writing. The show ranges from some of the best sci-fi ever written to unwatchable schlock. This also extends to the show’s LGBTQIA+ representation over it’s now 55 years on the small screen. The new series, Star Trek: Discovery, has been largely excellent with its queer representation, with main cast members Anthony Rapp (Paul Stammets) and Wilson Cruz (Hugh Culber) portraying the franchise’s first openly gay couple, and recent cast additions Blu De Barrio (Adira) and Ian Alexander (Gray Tal) gracing the show with non-binary and trans-masculine representation respectively. These characters are all fantastically written and produce some truly believable dialogue and performances, with extra kudos hurled the way of the showrunners for casting actors whose gender and sexual identities match their assigned characters. However, as we turn back the clock and revisit the older Star Trek episodes in search of queer representation and plotlines, things get a little shakier.

The 1992 episode of Star Trek: The Next Generation titled ‘The Outcast’ is the franchise’s first look into the wider spectrum of gender identities other than sexless sentient computers. The episode features a non-binary race of aliens that see gender and sexuality as primitive concepts, with one member of the species being forced to undergo conversion therapy after they are discovered expressing as female and having fell in love with a male member of the main cast. This episode was polarising among the queer community upon release for a plethora of reasons, such as the use of conversion therapy, as well as feelings that the episode was not daring enough with its subject matter. If I could talk in depth about all the other representation of queer people and culture, I absolutely would but this piece would be 50 pages long, so I’ll just cut right to one of the best.

Star Trek has made indirect reference to the US government’s response to the AIDS crisis with the representation of ‘Pa’nar Syndrome’ in Star Trek: Enterprise, a stigmatised illness among members of the Vulcan species transmitted through an untrained or non-consensual telepathic link. All those able to perform the act of melding minds face ostracization from their peers if they are found out and no progress being made on a cure due to the taboo nature of the illness. Pa’nar syndrome is eventually cured over the runtime of the show however, and telepathic links become no longer stigmatized. The show handles the whole topic with a great deal of respect, and while not containing any queer characters as part of it’s allegorical storyline, is great representation of an incredibly serious issue in the LGBTQIA+ community and a part of real history.

Star Trek may have some incredibly dated elements in it that may turn some viewers off from watching. I won’t lie… they are a little uncomfortable when rewatching. However, the leaps and bounds made in the name of inclusiveness and diversity in the past few years have been incredible, and make me proud to be able enjoy the whole franchise from 1966 to the present, even if I do have to look at it through the lens of ‘the times’ every so often. 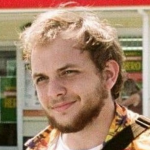