Spotlight: All The Songs Of “Mamma Mia 2: Here We Go Again”, Ranked 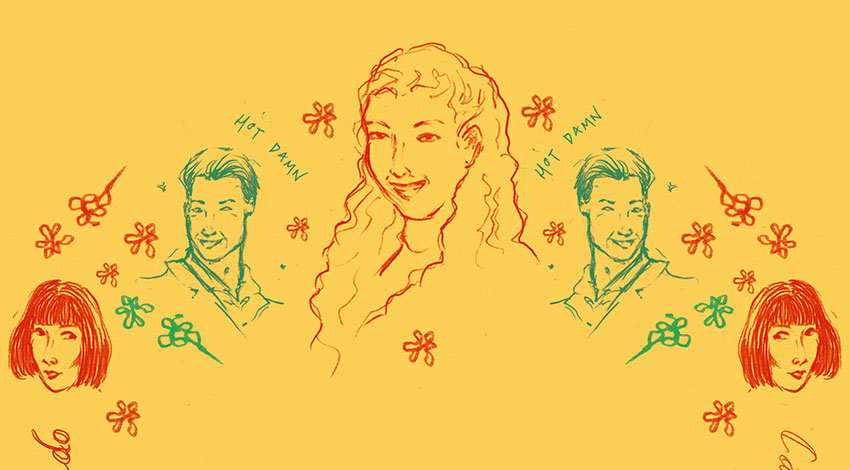 The Onion recently described ‘Mamma Mia: Here we go again’ as ‘A film that you can either enjoy for what it it is or slog through the rest of your life as the sort of killjoy who enjoys absolutely nothing in their miserable existence’. So last Thursday, I purchased my tickets along with an extravagant $6 vanilla choc-top (and a bloody good one at that) and decided to enjoy Mamma Mia: Here We Go Again for what it is, a cracker of a movie.

For the liberty of Craccum readers I present to you my rankings of the musical numbers from Mamma Mia: Here We Go Again.

I will confess these rankings are not based on the merits of vocal performance, the songwriting or production or even choreography, rather I have ranked them based one hundred percent on my own biased and completely personal opinion which is determined really by my own pretty crap music taste as well as what I thought of the characters (you’re a dickhead young Sam). So here we go… again.

Look: you can’t not rank the namesake of the movie as the number one song. It really is still bloody good and the song came out in 1975 for god’s sake. Lily James does a pretty phenom job at singing this one and I did unfortunately play this on repeat in my car for a solid two days after.

2: Knowing Me, Knowing You

I know this is a controversial second place but they added these quite intense rock and triangle sounds that I vibed. Shout for being a song that didn’t make it to the first movie despite being one of ABBA’s most banger break up tracks. They still managed to find good ABBA songs to use, props to them.

I have heard this song at every 21st, 50th or any wedding reception I have ever been to. It is the most white-person-turnt song ever written. The in-sync boat choreography was also fucking brilliant.

Who doesn’t love a finale with shiny outfits? Super Trooper is an absolute banger and it always reminds me of the time I was at a club and a remix of this came on at 2am, blew my mind.

Only because Cher performed it and it was probably the only real thing she did in this whole movie. I appreciate her don’t get me wrong, but that woman has had an awful lot of work done.

The whole timing of this song was brilliant and #relationshipstrugglesABBA is really pretty great. Lily James is a treasure honestly.

Just for those CGI shifting walls and the effects they used. I mean that must have blown the portion of the budget they could’ve used on Meryl! I mean they really did a number with this one.

9: I’ve Been Waiting For You

Only for the sentiment.

Without saying any spoilers what they did to Meryl is unacceptable.

Look I do like this song okay, Just Young Harry’s singing was pretty bad. The only saving grace is that ABBA wrote something decent and that carries this. also his pronunciation of Waterloo at the beginning, so cringe.

I can’t even remember when this came on in the movie. OH it was when she was at the hotel yes? It’s a good song.

14: When I Kissed The Teacher

This was downgraded purely because of it’s completely random nature and the fact it barely tied to the rest of the movie. Also the bike scene, what on earth was that about? Did Donna really go to Cambridge just to move to the first greek island she went to?

I had several workmates tell me they really liked this one, It didn’t really do much for me.

I had to look up on spotify how this song went, so that really tells you how much I remembered it. A very worthy last place.