The crew from the Revue who are due to bring it to you, talking about how they’ve changed things anew. Get in the queue, no more infectious flu that makes plans unglue.

Self-described as the “oldest and best-est” Revue of the University, the Auckland Law Revue presents A Nightmare on Short Street. Christina Huang met with Oscar Zambuto, Josh Ellwood and Tabby Al-Jebouri to discuss the chaos both onstage and behind the scenes.

What is the Law Revue, for anyone unfamiliar?

Oscar: I mean the dances are ghoulish, but done well.

With the pandemic, the 2020 Revue had to be completely online. How does it feel to be able to do the show on stage and in person again?

Tabby: There’s quite a novelty in performing to a live audience. I think the best things we got out of last year were the tight-knit friendships and the atmosphere of writing skits and performing. This year, we’re more motivated to put on a good show, so there’s more effort, enthusiasm and drive to do well. Going into this year with a foundation of trust between everyone has really changed the dynamic from last year, so we’re all really excited.

After years of past revues, how did you approach the 2021 Revue to keep it fresh and avoid getting repetitive?

Oscar: This year was always going to be a rebuild year, with previous controversies and financial difficulties. We’re assessing what we really want Revue to be, reverting to the original culture of a university-focused club creating funny, not necessarily offensive content. More than anything we just wanted to bring the show back to the stage.

Josh: We took a long look at Revue and what it is and what it has been, and I think we decided what the core of it is. Everything else, we either scrapped or changed or improved. We’re willing to innovate.

Is there a friendly rivalry between Law and the other faculties?

Oscar: One thing that surprised me as a director this year was the camaraderie between all of the directors. Everyone’s been super helpful, but when it comes to the actual show and skits about each revue, we just rip each other apart.

With five of you directing, I’m sure there were heaps of different ideas flying around in the planning process. How did you manage creative differences and stay on the same page?

Oscar: We’re still figuring that one out. Everyone in the directing team has a different idea of what makes something funny or interesting, but that’s what makes the dynamic work. If I put something in the mix, for example, Josh might say that’s just not funny, and vice versa. It creates this discourse where you can assess how an audience might react to something.

Tabby: They’re really good at producing a united front to the rest of the cast, irrespective of what happened behind closed doors. Rehearsals flow really well, and everyone in the cast loves to be there.

As law students, your regular uni workload is huge. How do you balance the law workload and the time commitment needed for the show?

What are some exclusive spoilers without context?

Oscar: We filmed a video with Chlöe Swarbrick and David Seymour, in the moot court, and it was a mock Q+A debate type thing, where I play a moderator asking borderline offensive questions to Chlöe and David.

Josh: We’re asking the questions that are on everyone’s mind, but no one’s dared to ask.

Oscar: Who would David Seymour turn gay for? Find out.

Without context, that’s so unhinged.

And finally, would you recommend showing up to the performance absolutely trashed? 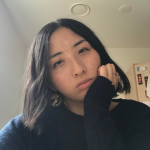