Frightening McQueen: An Exposé on the Absurdities of the Cars Universe

Oscar Zambuto shows that in the realm of Cars, terror is a highway, and eldritch abominations ride it all night long.

At the time of writing, we are nearly halfway through an already frantic semester two, and I must say, I am losing sleep. Over what, you may ask? Never-ending political unrest and scandal? Living through one of the deadliest and most devastating economic crises of all time? The thought of having to turn up to yet another Zoom tutorial at 9am? The answer is, perhaps surprisingly, none of these. Instead, my insomnia which no number of Headspace Sleepcasts can cure, is caused by the nonsensical nature of the universe created by the 2006 Disney-Pixar smash hit, Cars. In a world where uncertainty is rife, Lightning McQueen and his stupid friends do little to assist. The franchise, which includes the much-maligned sequels of 2011 and 2017, throws up more questions than answers about biology, law, history, automotive intercourse, and the place of humans in the universe. Behold, a series of questions and observations which keep me up at night:

In conclusion, there remains a multitude of unanswered questions surrounding the absurdities of the Cars universe, but sometimes questions are better left unanswered. Does Lightning McQueen have a car insurance policy, or a life insurance policy? Does it even matter? Overall, it has been a carthartic experience expelling all of these thoughts, and hopefully I will be able to sleep at night without wondering if Lightning McQueen has a penis. 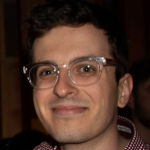