Arts Spotlight: On the Art of Deduction 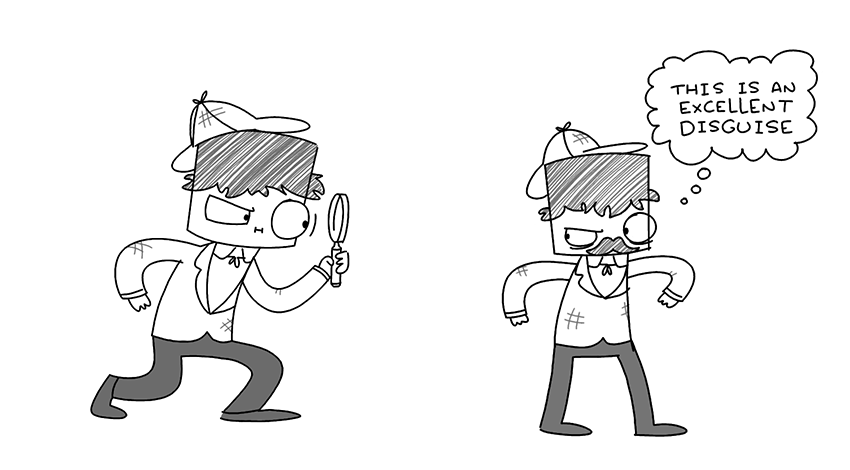 If you’re a fan of the Guy Ritchie directed, Robert Downey Jr and Jude Law populated Sherlock Holmes movies, then you will no doubt have noticed that the third one hasn’t come out for a very long time. Indeed, the first Sherlock Holmes movie came out all the way back in 2009, just a year after the first Iron Man movie came out and made RDJ hot shit again. Crazy. The second movie Sherlock Holmes: A Game of Shadows came out promptly in 2011, yapping on the tails of the first movie; but fans of the franchise have just been sitting around slowly going mouldy from the build-up of tear residue on our faces since that time.

That was, until the 8th of May this year, that fateful day we all remember so well… there was a high of 19 and a low of 13 in Tāmaki Makaurau, it was still semester one (the better semester, as some call it), and on Campbell Island (the ninth largest island in Aotearoa) scientists recorded the tallest ever wave in the Southern Hemisphere. Oh and also a definite release date for the as-yet untitled third Sherlock Holmes movie was announced. Nbd.

While the movie won’t be coming out until Christmas 2020 (why God why etc.), we can still celebrate actually knowing that the movie will eventually come out at all, and what better way to do so than by thinking about what makes the Sherlock Holmes movies the best Sherlock Holmes content around.

Now you probably don’t know me, but if you do know me then you will know that I have a massive poster for the first Sherlock Holmes movie in my bedroom that I purchased from the Event Cinemas stand at the ASB Polyfest in 2010. Friends, I am a big fan. Even if you do know me, you may not know however that when I first heard about the movie Sherlock Holmes I was fully, vehemently opposed. Sherlock Holmes in an action movie? Doing a bunch of fighting? Played by that guy who was the villain in The Shaggy Dog? No thank-you I said! Friends, I was wrong. Sherlock Holmes is meant to be an action hero and the way they do it in these movies is so perfectly just exactly how a crazy detective lunatic would fight. Calculating people’s weaknesses based on super-fast super-sexy deductions in slow motion and then executing you fight plan very quickly and effectively? Hell yeah my dudes! Now that’s how an old-timey British detective would fight! Realistic!

I mean it’s Rachel McAdams so what do you expect, really.

Holmes not being a colossal asshole

Robert Downey Jr’s Sherlock Holmes is kind of like a smart but incompetent little doofus a lot of the time in these movies. He’s not towering over anybody, getting all lofty and throwing around words like ‘sociopath’ which no self-respecting psychologists have used for decades *looks casually at the BBC*. No, this Holmes needs Watson and Irene Adler and his various other acquaintances’ help and is generally much more of a team player than many other Holmeses have been throughout the years. Because these movies don’t include the Sherlock Holmes/John Watson meet-cute origin story, they get to avoid any potential Young Sherlock Holmes level anti-Watson sentiment and just engage in some light homoerotically charged banter, which is really much more pleasant for the viewers.

“Where are you going, Stanley?!”

In the first movie, Holmes and Watson are briefly thrown into jail and Watson gets bailed out by his loving fiancé Mary. We really haven’t seen very much of Mary so far in the movie before this point, and we definitely haven’t seen enough to explain or understand why she shows up to prison SUDDENLY LOOKING LIKE A SUPER-GOTH. She shows up wearing this goth-ass black hooded cloak that is absolutely magnificent, absolutely inexplicable, and something no other Sherlock Holmes property has come close to in unexpected wardrobe delights as far as I am concerned.

If you haven’t heard the soundtracks to these movies yet, just know you have a small part of your soul that can never be fulfilled until you do so. Please listen to it right now, not for me but for you.

I’ve put quite a few details about the movies into this piece already, which is understandable I think, I’ll give myself some slack a little bit, but I really don’t want to give the whole game away. So, considering that, I won’t tell you all the details but just know that Holmes and his nemesis Moriarty have a showdown that involves Moriarty singing fish-based operatic music to Holmes. ‘Nuff said.

If you watch the special features of the second movie you can literally see Jude Law and Robert Downey Jr kissing. If you watch either or both of the movies you will see fond looks, lingering hands, pouty faces, waltzing, ridiculous tantrums and many other signs that these two boys love each other very much. If that’s not worth the price of renting the movie I don’t know what is!