Arts: Another Year Of Heatstroke At Laneway 2018 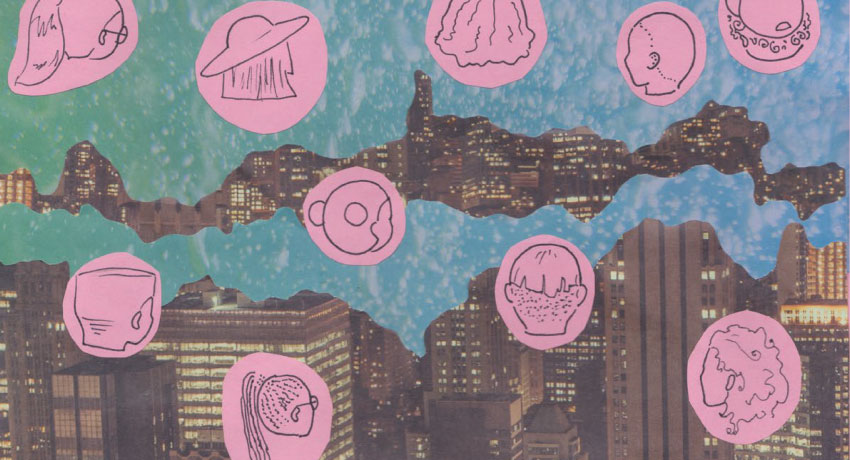 Our arts editor Chris Wong gives a run down of this year’s Laneway lineup, featuring reviews on the live performances of Billie Elish, Pond, Wolf Alice, Slowdive and more.

Another year, another festival season. Laneway fell upon a scorcher of a day this year during one of the warmest summers ever recorded as fans flocked to Albert Park in their latest festival fashions to enjoy one of the highlights of the season. Boasting a huge variety of stalls on the food front as well as two separate bars, there was something for everyone with several vegan options also available.

Arriving a few hours after gates opened, the first act I went to check out was 16 year old rising alt-pop sensation Billie Eilish. Starting off with her strongest single to date, the misguidedly bouncy “bellyache”, Eilish continued to hold the crowd captive throughout her set commanding a stage presence well beyond her years. Breaking out the ukulele for a cover of Hotline Bling, she continued onto the gentle but savage “party favor” before finishing with the EP highlight “my boy”. Judging from this live performance and her debut EP last year, Eilish should definitely be one to watch as she continues her trajectory upwards.

Over on the Princes Street stage, Aussie psych rockers Pond, who share a revolving line up with members of Tame Impala, lit up the crowd playing highlights such as “Waiting around for Grace” and “Paint Me Silver”. While the audio setup wasn’t the best, the band easily made up for that with their incredible energy and stage banter.

It was now time for British alt rockers Wolf Alice to come on, one of the artists I was most excited to see, and who were on their first visit to the country. Opening up with an incredibly raw take on “Moaning Lisa Smile”, Ellie Rowsell and co. launched ferociously into “You’re A Germ”, and with every scream, every piece of guitar feedback and each drum thrash, the band put forward every single inch of energy they had into it. Moving on to the Virgin Suicides referencing “Lisbon”, the band started to slow it down near the middle of their set with the charming “Bros” and the sweet and dreamy “Don’t Delete the Kisses”, before leading into the 8 minute epic of an album closer “Visions of a Life”. Never letting up their energy even during the mellower moments, Wolf Alice ended up being my personal favourite of the day.

Later in the afternoon saw the movement of the crowd towards the Rotunda stage as they started gathering for The Internet’s return to Laneway, having only grown bigger since their first appearance in 2016. The collective slowed things down a gear with their blend of neo-soul and alternative R&B, playing through their many hits including “Girl” and “Special Affair” while also allowing guitarist and up-and-coming solo star Steve Lacy to perform his own track “Dark Red” to one of the largest crowds of the day.

Festival favourite Mac Demarco then took the stage bringing a relaxed air with his sun soaked jams, starting off with the mellow “On the Level” then moving on to “Salad Days”, interacting with the crowd between songs as well as showing off some stage antics. Continuing on to old favourites “Ode to Viceroy” and “Still Together”, Mac showed why his reverbed-out tunes were the perfect fit for the summer festival season.

Anderson Paak and his band the Free Nationals drew in the largest and sweatiest crowd yet, with almost every attendee at the festival closing in upon the Rotunda stage around 7:30. Kicking off with “Come Down” it was easy to see why this was, as he easily delivered the best performance of the day, continuously hyping the crowd up and delivering banger after banger. Throughout the set Paak showed us why he was one of the smoothest performers in hip-hop right now, often drumming, rapping and singing the same time, performing album highlights such as “Heart Don’t Stand a Chance”, “Put Me Thru”, as well as incorporating a Dre cover into the set. Finishing off with Venice highlight “Luh You”, Paak easily exceeded all expectations with his truly unforgettable set.

Also visiting NZ for the first time, legendary shoegazers Slowdive put on one of the most hypnotic and ethereal sets of the festival. Backed by a solid rhythm section the band showed off their hazy otherworldly sound with a cascade of shimmering synths, effect-heavy guitars and dreamy vocals along with a dazzling array of lights. Playing through older tracks such as “Alison” and “When the Sun Hits”, as well as newer singles “Star Roving” and “Sugar for the Pill”, including their classic cover of Syd Barrett’s “Golden Hair”, the band proved why they were one of the leading pioneers of the shoegazing scene, as well as a massive influence on a new generation of artists. However as impressive their performance was, the live mix didn’t seem to do them any favours with the bass often overpowering the other aspects of the band’s performance.

Having won a Grammy award for their 2017 record A Deeper Understanding the same day, The War On Drugs closed out the night with their brand of psychedelic and Americana-infused indie rock playing recent singles such as “Pain” and “Holding On” from their aforementioned album with their setlist mostly drawing from 2014’s Lost In The Dream,as well as revisiting classics “Brothers” and “Red Eyes”. Frontman Adam Granduciel was also no stranger to showing off his soloing chops with his numerous solos ricocheting off into the night, as he constantly thanked everyone for their support.

Approaching midnight, and feeling tired and sweaty, it was time to head home. Another successful Laneway had been done and dusted, and what a great way to kick off the year.